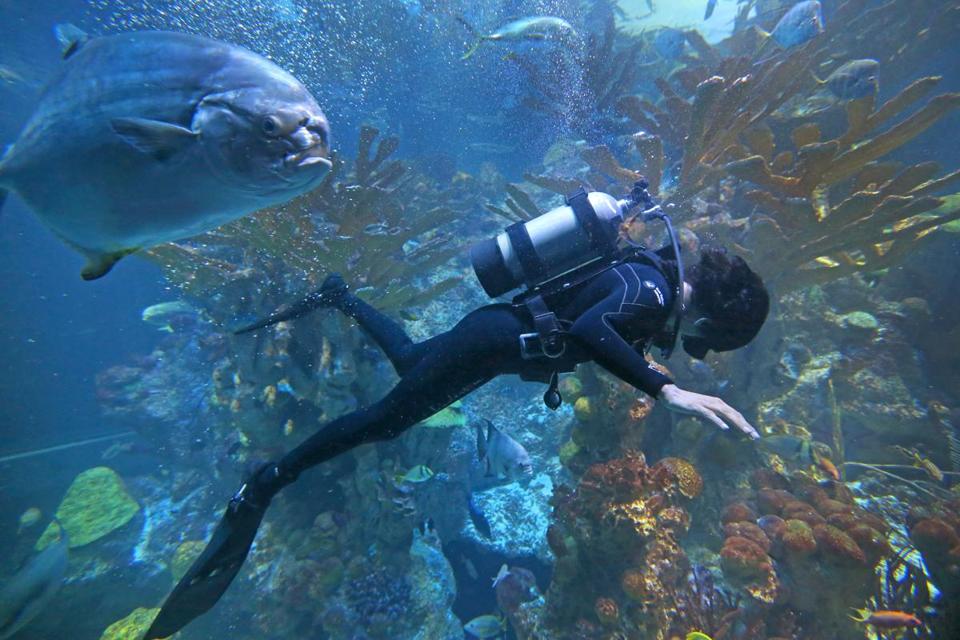 Sunita Williams, 49 years old, has been an astronaut with NASA since 1998. She has spent over 322 days in space. On Thursday, to the pleasure of guests, Williams dove in the New England Aquarium’s Giant Ocean Tank. Williams is very comfortable with diving. Astronauts train underwater because it can emulate the weightlessness of space and challenges with gravity. Williams has also spent nine days living at the only underwater research center,Aquarius, in the Florida Keys National Marine Sanctuary, which is owned by Florida International University. Williams also gave a presentation at the Aquarium after her dive, in which she compared space suit technology to diving equipment. “It was really cool,” she said. “It was a little crowded. Space is a little bit more open. But I felt very much like I was in their world.” She compared diving to being in space. “A diving suit essentially does the same thing as an astronaut suit,” she said. “It provides oxygen and keeps us warm, and protects us from the elements.” Here’s hoping that one day soon space travel for the masses becomes possible soon. For now, I’ll stick to diving.  MORE