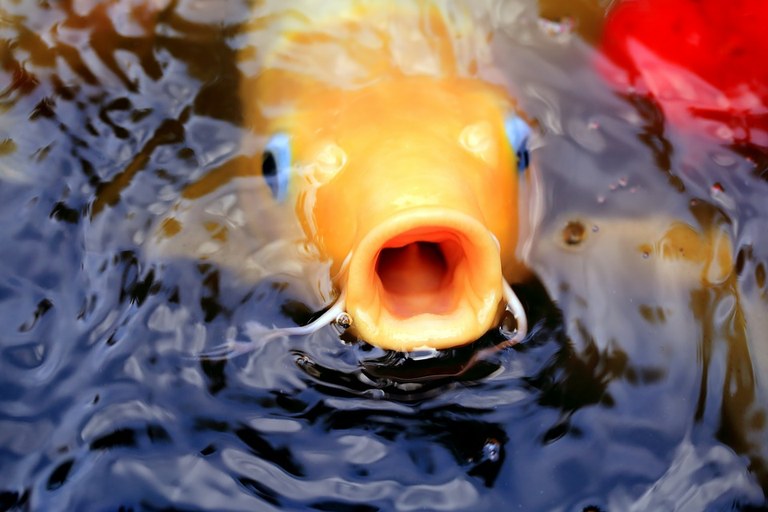 Koi in Australia are susceptible to the planned herpes biocontrol agent to be released in 2018.


Non-indigenous carps (accidentally or purposefully introduced) have proven disastrous for ecosystems around the world.  In the Americas, it’s the Asian carp that is ruining rivers and lakes.  In Australia, it’s the European carp.

The Australian government plans to employ the cyprinid herpesvirus-3 to combat their invasive carps in the Murray river system.  The virus strain specifically targets carps, and it’s highly lethal.  It attacks the fish’s skin, kidneys and gills, making it difficult to breathe, which ultimately kills them within days.  The dead carps will hopefully float to the surface where government officials will cull the carcasses.

There are ongoing studies underway to predict the possible ramifications of this biocontrol method.  Should the grand ecological experiment be executed and work as intended, the United States may also look to similar measures to control the invasive Asian carp population.

The plan poses one big problem for fishkeepers: This herpes virus also works on ornamental carp species such as koi.  Should the virus spread to homes and ponds, ornamental carps will also perish.  A vaccine is possible, but the Australian government will not offer this option to fishkeepers because such a vaccine could make the virus less effective for its intended purpose of eradicating the invasive European carp in the wild.  Officials have stated “The government intends to provide educational campaigns to assist ornamental koi industry members to improve their biosecurity measures.”