I was just talking with my good friend and fellow Afishionado, Shane Lafreniere of 247 Aquariums, who said how nice it would be to have a machine that tests for elements while he is servicing his clients’ aquariums or to be able to provide graphical data in numbers before and after his visits. I am sure that he’s not alone in this thought and I believe that this is a need for many maintenance companies and local fish stores, and taking it one step further, aquaculture coral farms with multiple systems all around the globe. With automation in aquarium testing becoming more and more relevant and prominent in our hobby, it surprisingly still isn’t a mainstream for commercial businesses because it really isn’t financially feasible to fork out so much money for so many individual machines for each system. (I still see farms and wholesale facilities getting their hand titration test kits which isn’t bad by any means but feels like it’s falling behind the times and is a waste of precious man hours)

Having said that, I remember that during MACNA 2019, Rabih Krayem, the owner of Reef Kinetics, pulled me aside to his booth to check out something that he said will “blow my socks off”. To be completely honest with you, I thought it was going to be the new doser that they were working on that will implement with the Reef Bot that they finally released stateside the previous year. I would have been content with that.

What I was pleasantly was surprised to find was this cylinder masterpiece of a machine that seemed to come out of a sci-fi movie. 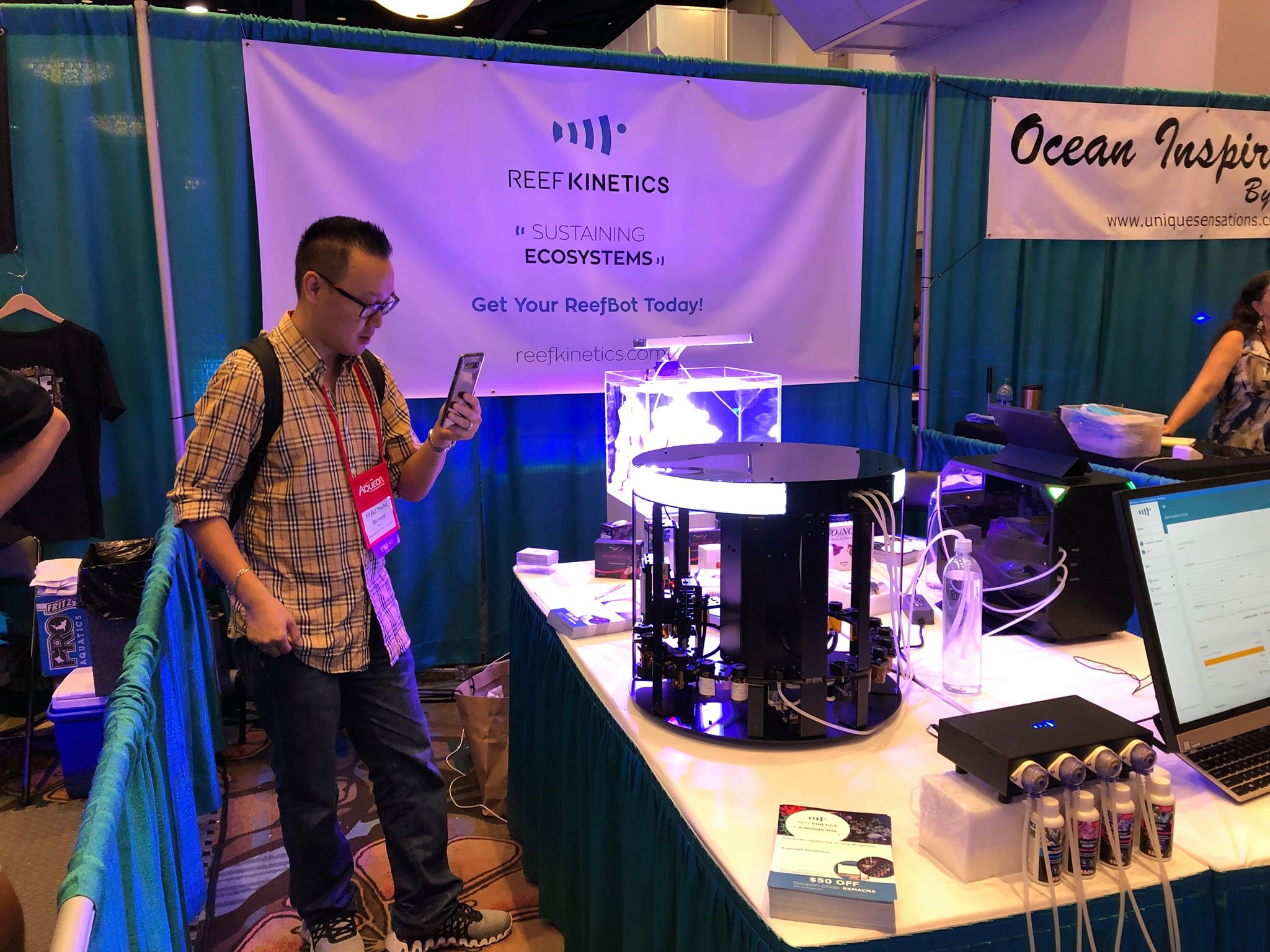 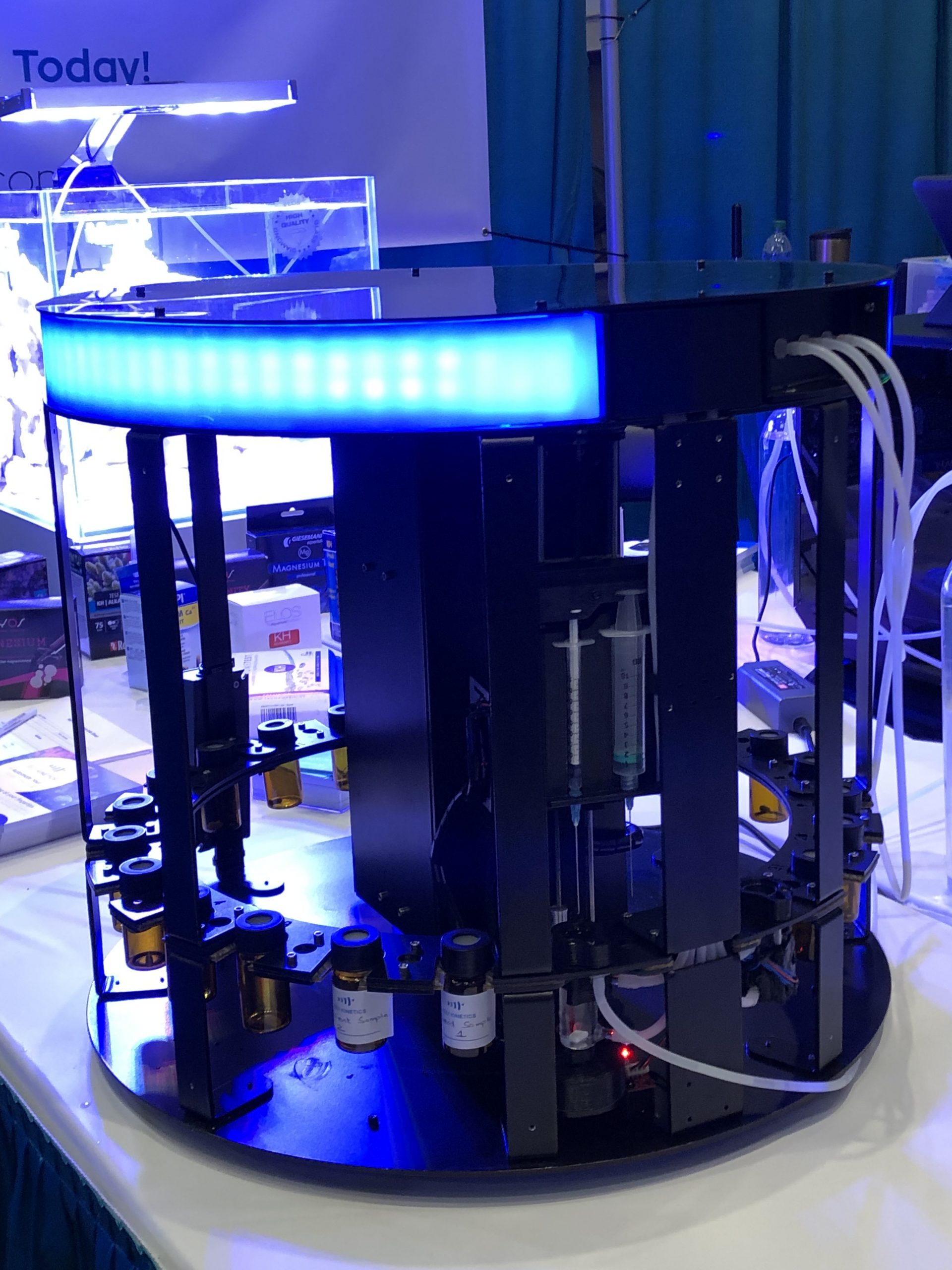 How is this machine helpful to people with multiple tanks as well as people that are in our trade commercially? 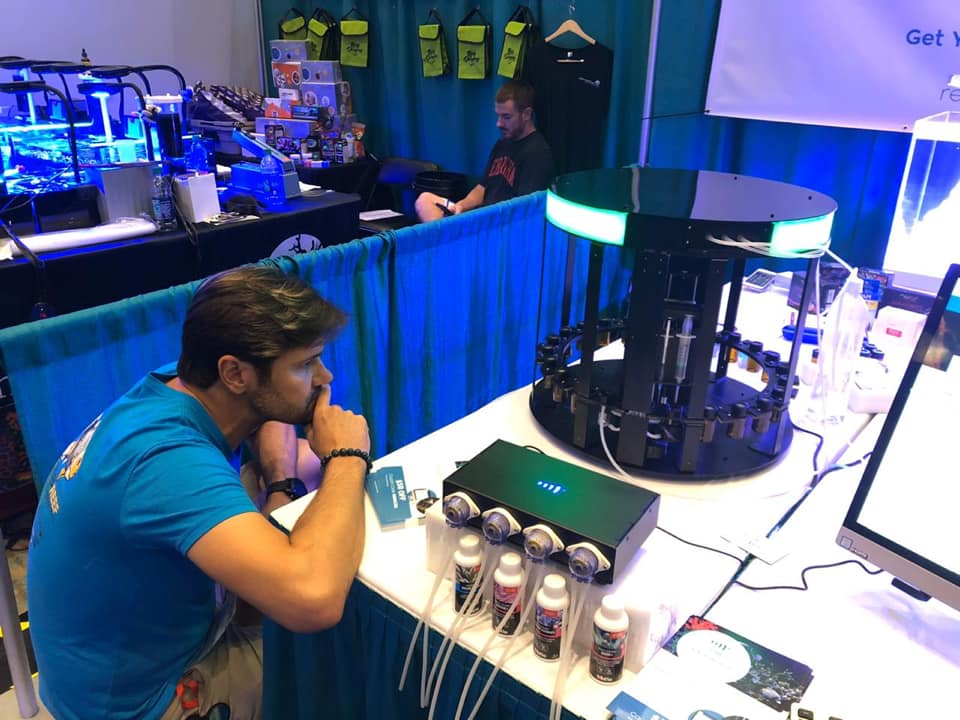 I know that I am not the only one that was taken aback by this unit. Jake Adams of Reef Builders was found staring at it for a long period of time in silence during the show. Julian Sprung of Two Little Fishies recently told me that this was a very interesting piece and Kris Kaz of Ocean State Aquatics who was so impressed with the unit demonstration, its capabilities and its potential, told me that he’s going to fight to get these in their new aquaculture farm facility.

It’s certainly taking big steps in the right direction and I am looking forward to see how this unfolds and gets utilized in the grander scale of our industry.

Looking into this unit, I have couple things that I would like to see being implemented in the future.

1. Size. While there is no doubt in my mind about its abilities, it is rather big. I do understand that it has many vials but as the tech improves and if the unit gets small enough that it gets easy to carry around, it will make sense to more maintenance folks like my friend Shane and many others to have this unit with them.

2. While the bot has the most of the elements and nutrients available, I would like to see some others that advanced hobbyists or even beginners can benefit from. Some are sillica for diatom issues in new tanks, iodine for softies and anemone issues, and potassium for keeping certain acropora colorations. I’m sure they will eventually get added on, but this is my little nudge in hopes to get it expedited.

The future is certainly bright for our hobby as more and more innovative technologies come out and it’s certainly interesting to see crossbreed hybrids from different hobbies coming together to create amazing products for our industry. Commercially, I think it will reduce the time we spend testing so that we can optimize that time with doing things that will be more valuable for businesses or coral farms.