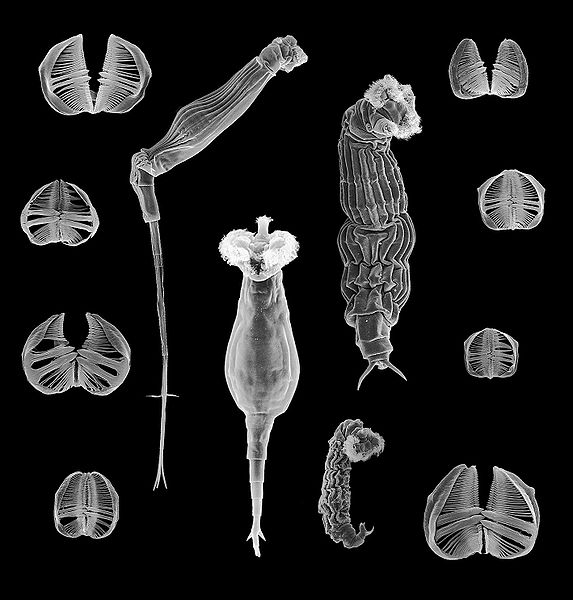 This is the Bdelloid rotifer, probably one of the most badass animals on the planet. Not content to merely survive possible interstellar journeys, this roti has developed the ability to take patches of genetic material from its’ surroundings and incorporate it into itself. Since Bdelloids are asexual, they would have a somewhat narrow level of genetic variability, but instead of just obeying Darwin and waiting for mutations, they quickly pull genetic code into themselves, like the puddle of goop in Prometheus, or that thing in Leviathan, or…. you get the point. Check out some other incredibly strange animals at Southern Fried Science.