I must say, on one hand, I was very flattered that Reef Threads felt it necessary to dissect my 11 hard truths about reef aquariums. Though on the other hand, it made me a bit queasy. Why, you ask? It reminded me, all too well, of the greedy aquarium store owner convincing some new customer that keeping a captive reef is easy. As Gary and Christine chatted up about how simple having a RODI unit was, they contradicted themselves by talking about all the fittings and adapters required to make it work. Heck, just listening to them describe it was confusing and frustrating.

In fact, Christine even said, “My plumbing system doesn’t make it easy.” During a few moments, as they tried to prove that my 11 hard truths were nothing but foobar, I thought perhaps I was standing in the saltwater fish section of Petco, not listening to a podcast dedicated to the reef aquarium hobby.

Gary kept saying, “If you just talk to Marc Levenson.” Folks, Marc Levenson is a reef genius, the average Joe staring at saltwater fish from the LFS shop window doesn’t have a clue who Marc Levenson even is. Marc has been a pioneer in trying new things, and many hardcore reefers have learned a lesson or two from Marc’s trials. The people the 11 hard truths are aimed at, are trying to decide whether or not a marine aquarium is for them, not how to feed a mandarinfish NLS pellets by using a jar as a feeding station.

Though, Reef Threads is right, this is just a hobby. Though, unlike so many hobbies, it has an original sin. The original sin is that something has been taken from the natural environment, stolen from our very life support system, the ocean. Once marine life lands in a collector’s net, it will be marketed and something that belonged to the Earth as a whole now has a definite price. Many, many aquariums are sold to people who simply have no understanding of natural reef ecosystems, and simply no clue what it takes to maintain captive ones.

The reef aquarium world is buzzing. Millions of people around the world are enjoying reef aquariums. Home aquarists are cracking the code, learning how to spawn captive corals, and breed marine fish species. Once tiny start-ups like Ecotech Marine are evolving into major players. Things are good, so we don’t need to conjure a fantasy to recruit people into a hobby, unless they understand fully what it takes to keep marine life healthy. Yes, reef aquariums have grown in popularity by leaps and bounds, and when you consider that right in your living room, over the Internet, many species of marine animals is available to you, how could there be a dark cloud looming on the horizon. That is until you learn that NOAA, an arm of the U.S. Department of Commerce is placing 20 coral species on the threatened species list. Also, that they will make a determination as to whether these species will remain legal to own. When you read NOAA’s report, compiled by scientists, which cite the reef aquarium industry as a catalyst in reef decline, the dark cloud that seemed like mere fiction has arrived. 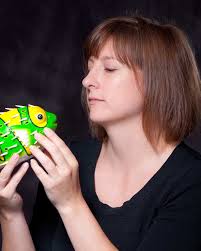 I know what your thinking, how could NOAA’s ruling have anything to do with Reef Threads dumbing down the marine aquarium hobby, trying to make it appear easy enough for your toddler to start a thriving reef? It isn’t just Reef Threads commentary about my 11 hard truths that has the effect, but the combined embracing of ignorance that happens in blind consumerism. It’s the very reason that a National Oceanic and Atmospheric Administration exists, as an arm of the Department of Commerce. When consumerism effects the environment as a whole, government is forced to take action.

I have watched many aquarists smile with glee as they introduced me to their new reef aquarium. Like a proud father, they showed off their lighting and filtration, glowed at the idea of adding new livestock. Weeks went by, months went by, and suddenly they fell from the face of the Earth. When I caught up with them, I learned the centerpiece of their home, had become a stumbling block in their garage. Each time, the aquarist in question had good intentions. They had the financial capital to have a successful reef, they even cracked open some great books. So what happened? Instead of asking where have all the flowers gone, I have to ask, where did all the fish go? Someone cared more about a dollar moving from the customer’s wallet into their own then they did about the health of marine life.

One vendor advised a friend of mine to pair a powder brown tang with a powder blue. Late one night he called me, shocked that the two were “fighting to the death.” Another LFS told an aquarist I know, that 3 inches of fish, to each gallon of water, was the stocking guideline in a marine aquarium. He certainly re-created the bio-density of a coral reef, but sadly the LFS forgot to tell him about protein skimming, and simply sold him a cheap canister filter. I could go on all evening, and most of tomorrow and beyond with stories like this. Does it mean all LFS’s are bad, that anyone selling marine life is simply a capitalist looking to soak up a dollar? No, it doesn’t. Though, if we look at the sheer number of people who own a marine aquarium, I think we will find that the majority aren’t visiting MACNA, maybe not even reading this post, or even know this website exists. They are getting all their information from an LFS, or maybe Petco, and they don’t have a clue what they are doing. As a result, a high percentage of animals imported into the reef aquarium trade are dying yearly. Government agencies like NOAA are saying that once thriving animal species are now threatened globally, partially as a result of this trade. Conservation groups all over the world are condemning marine aquariums and their owners, and seek outright bans. Perhaps I should highlight the two previous sentences, and call them hard truth number 12 and 13.

It may seem harmless enough that a podcast like Reef Threads wants to dissect 11 hard truths, that many aquarists know in their gut are reality, and make light of reef keeping. In reality, when the hobby is under fire, it’s flat out irresponsible.

Misinformation is the antithesis of a successful reef aquarium, and sadly it stalks newbie reef keepers like an insidious phantom. Log onto a forum, it’s loaded with misinformation. Run a Google search, more misinformation.

We have oceanic ecosystems in peril, a hobby on the radar of the government, reef keeping science that is changing and evolving, new fish species being discovered yearly, and Reef Threads spends time talking about eating lionfish, while focusing attention on Christine’s Halloween antics? This is a particularly thick and smelly skimmate. Gary and Christine, you’re right, this is only a hobby. Therefore, in the eyes of legislators, they won’t be stripping dinner of anyone’s tables if they decide to shut it down.