Bicinctus portraits, cute, but what’s in a name? 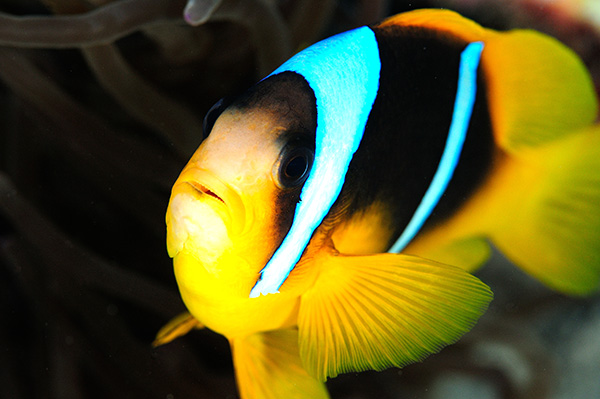 Look at the saw-like structures behind the first stripe and in front of the pectoral that fringe the gill cover.

There’s a reason clowns are photographed so often: unlike most fish, they stick around. They’d rather we leave, of course, but the more they hunker down into those anemones the cuter they get and the closer underwater photographers like me can get with our macro lenses. 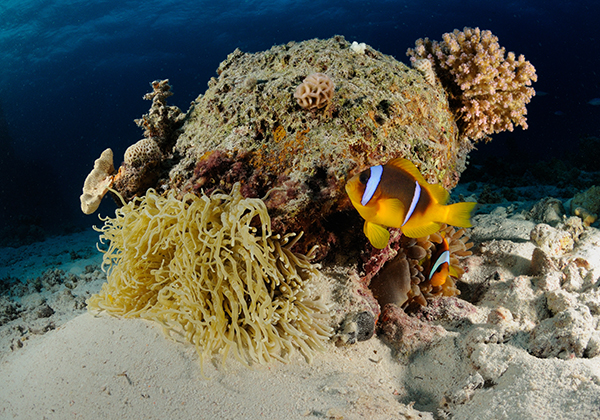 Bicinctus is easy to find. the dominant fish will usually hover a meter or so above the ‘nem.  This lucky pair have a choice.

Given that I spend a fair bit of time in the Red Sea, my clown subject of choice (well I don’t really get a choice), is Amphiprion bicinctus, a fish with two clear stripes that makes it look ‘twice cut’, which as far as my rusty Latin goes is the translation for bicinctus.

What you also get when you look closely at portraits of the fish is an explanation for their genus name. Amphiprion means something like ‘saws on both sides’. Amphi (as in amphitheater) and prion, meaning ‘saw‘ or ‘saw-like’. For example, prion proteins that cause BSE in cattle are saw-shaped molecules. This doesn’t mean a thing until you look closely at an Amphiprion fish, look at the gill covers, do you see those saw-like structures? 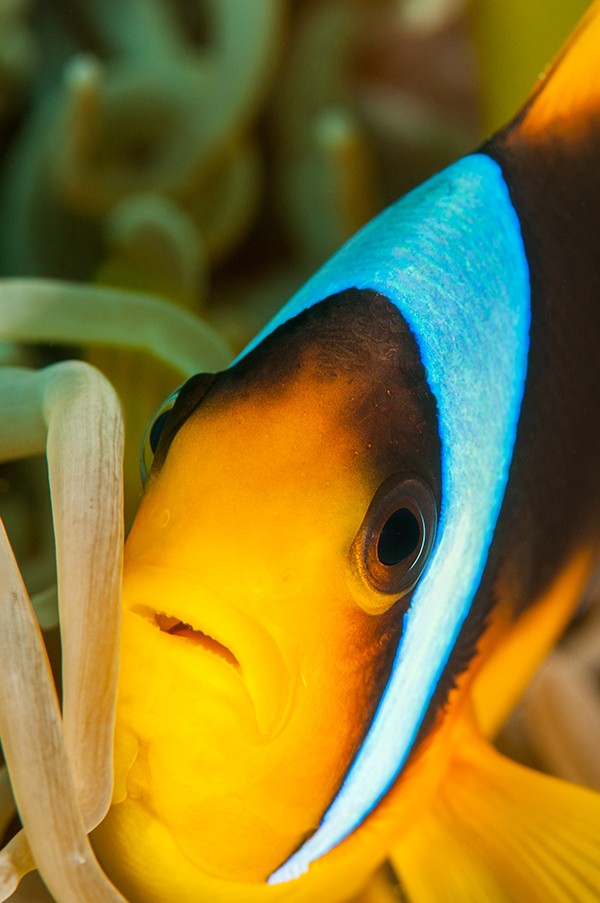 Ok, this image is a bit blurred but the contrast between the darker gill cover and the flesh behind helps illustrate my point. 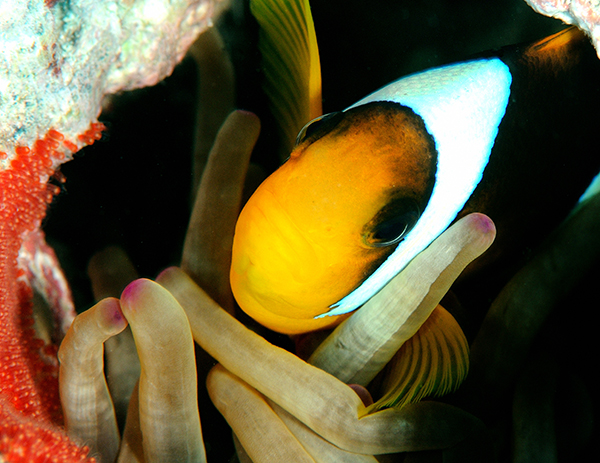 This fish was being awkward, but was protecting eggs, so I didn’t press it for a shot!

The question I have though, is just what function do those frills (that’s not a technical term you understand) serve? Few things in the natural world exist without a reason. I wonder if they offer some form of protection to the gill tissue from the nem’s nematocysts? I really would be interested in knowing, so if anyone has an answer please post a response.