The Biogeography and Evolution of Meiacanthus: Part 3

Identifiable by a unique pectoral fin spot and the comblike extensions of the caudal fin, this pair of species exhibits an interesting biogeographical puzzle. The Striped Fangblenny (M. grammistes) is a common and widespread species throughout the West Pacific. In Japan, however, it is replaced by a melanistic phenotype recognized as M. kamoharai. The puzzle becomes apparent when the biogeographical variation is looked at on a finer scale. In the Ryukyu Islands of Japan, a region which forms a permeable bridge connecting Japanese and Indo-Philippines populations, there exists an intermediate phenotype not otherwise found in either range. 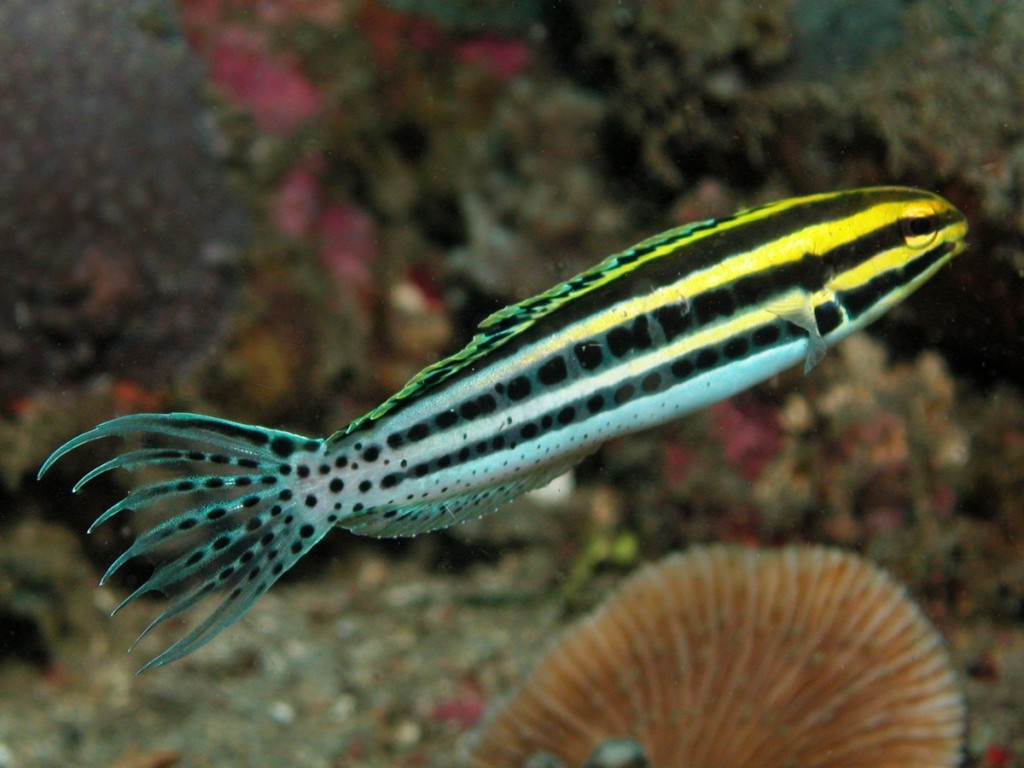 M. grammistes from the Coral Triangle shows a series of stripes along the body, a yellowing of the anterior half of the body, and a lack of any spotting on the underside of the head. Contrast this with kamoharai, which begins life with a similar juvenile coloration as its sister species, which then develops increasingly greater amounts of pigmentation. Large mature males can appear almost entirely black, with reticulations along the lower head. Note that there is never any yellow to the head. 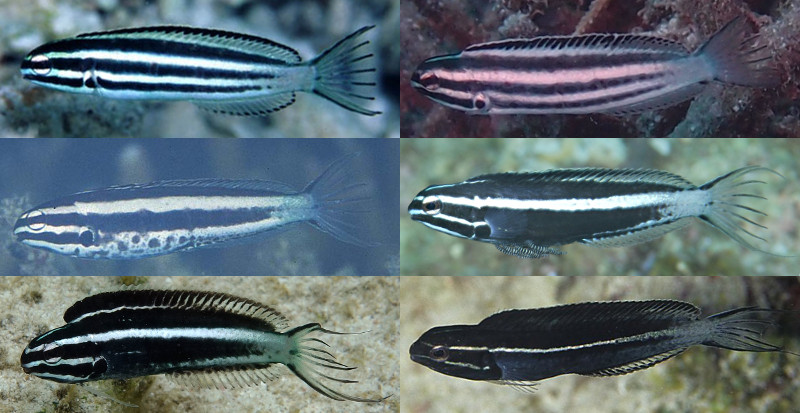 The intermediate phenotype, documented from Okinawa and the nearby Yaeyama Islands very much resembles grammistes, save for the complete lack of yellow on the head. More mature specimens also develop the hypermelanism we see in kamoharai, but never do these Okinawan specimens seem to develop the reticulations of the lower head. This could be an artifact of limited documentation, but I am more inclined to ascribe this to a clinal variation within the grammistes/kamoharai complex. Given that this region is known for harboring populations from both the Japanese and Philippines ecoregions, it seems quite probable that these Okinawan specimens are showing evidence of hybridization. 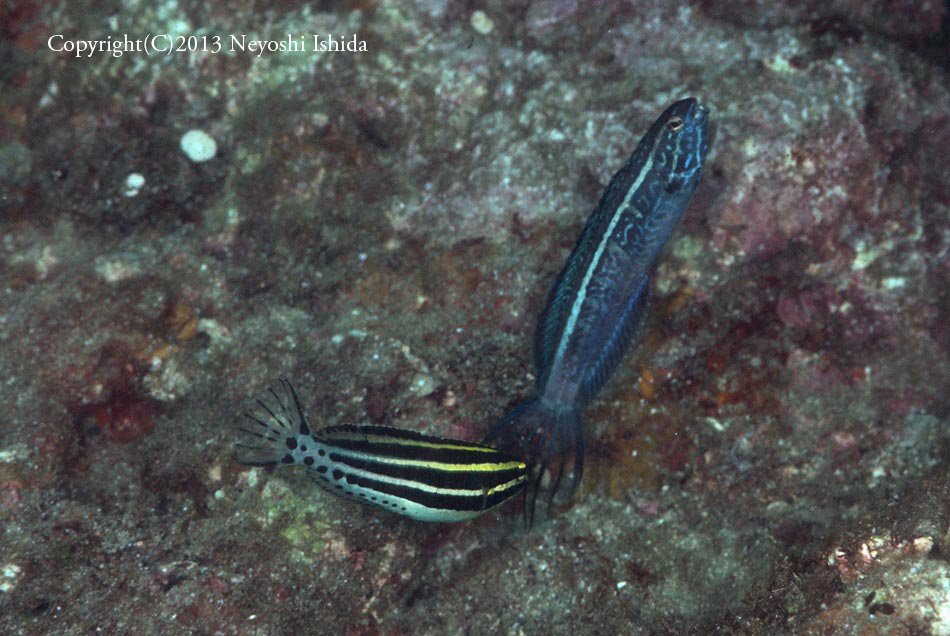 Elsewhere in the range of grammistes, there are few consistent differences which might allow for regionally endemic taxa to be recognized. Still, we should strongly suspect that this widespread species follows the typical endemism common to so many other reef fishes. In particular, specimens from Western Australia appear to differ in having yellow present on the underside of the head, beneath the black stripe, as well as along much more of the body than usual. Allen & Erdmann 2012 depicts a specimen from Cenderawasih Bay, Papua New Guinea (an area rife with endemic variants) which seems to differ in having a browner hue, likely from lacking the overlaying black pigmentation which superimposes onto the stripes in other populations. Clearly, much work remains before this grammistes riddle is solved. 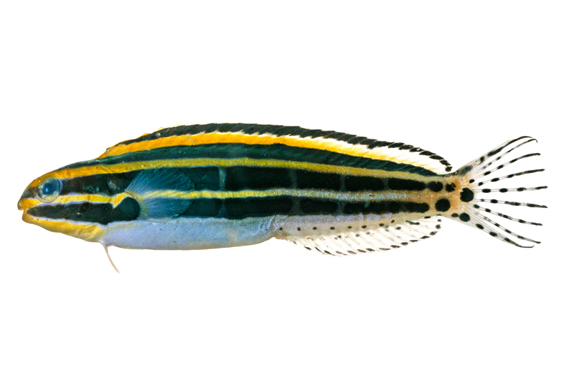 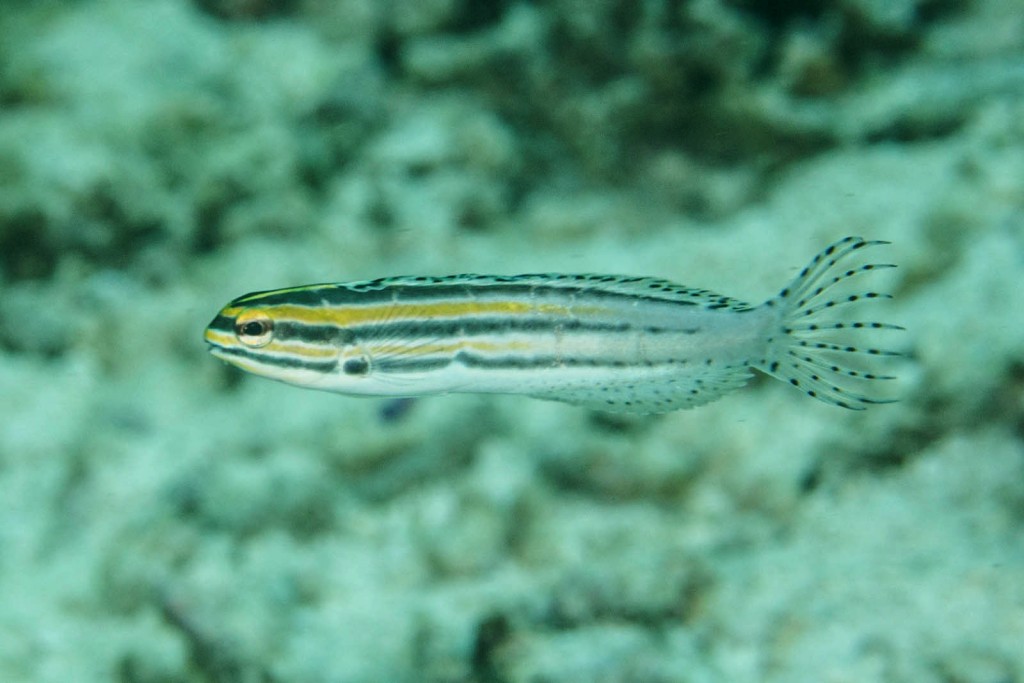 In the aquarium trade, both species are available as either wild-collected or captive-bred specimens. M. kamoharai has only recently been collected and exported by Koji Wada of BlueHarbor in Japan, with those specimens subsequently creating broodstock for the now affordable offspring. This is a fantastic example of how the aquarium industry can work to increase our accessibility and understanding of otherwise “rare” species.