There are two major clades which are recognizable by the lack of prominent stripes along the body, as well as frequently possessing a diagonal line extending from the eye to the dorsal fin. The first to be discussed is the bundoon Group, comprised of three taxa restricted in range to the Coral Sea and the Melanesian waters to the east. 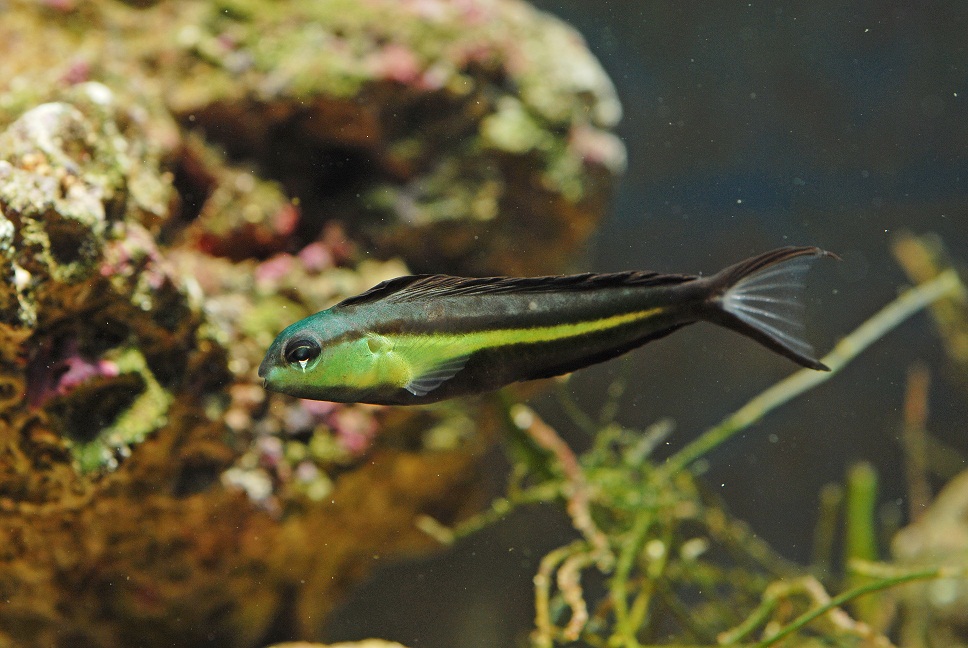 M. bundoon in an aquarium. Note that the caudal lobes can get far more elongate than this. Credit: tamberav

It’s difficult to provide a simple, one-size-fits-all diagnosis for the bundoon Group, as the member taxa are more heterogeneous than in other clades. As far as appearances go, all three have a darkening running along the body, though this varies from dorsally in the Tongan endemic procne, to ventraly in the Coral Sea reticulatus, while the Fijian bundoon has evidence of both, as well as a midlateral stripe. It is perhaps most accurate to state that these three taxa show a tendency towards diffuse darkening along the body. 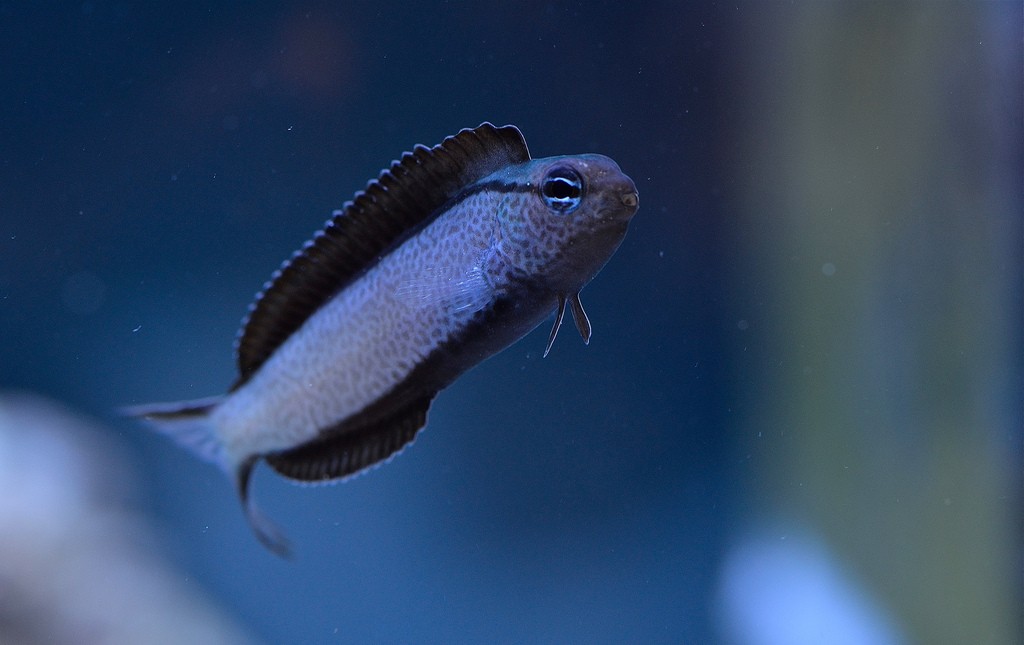 There is, however, a particularly salient characteristic which can help define the group—these are the only three unstriped Meiacanthus which lack a Plagiotremus mimic. This is an unusual trait to use in recognizing evolutionary relationships, as the absence of a character can be unreliable as a character itself. Not only are we relying on this absence for a phylogenetically important trait, but we are relying on a completely unrelated group (Plagiotremus) to inform our decision here. Still, there is every reason to believe this is a legitimate phenomenon, wherein the phylogenetic correlation of a mimicry complex can elucidate relationships of the model organism. This will become particularly relevant when we consider another Coral Sea endemic, M. phaeus.

As aquarium exports, only bundoon appears with any regularity, and it is the only member of its group to have been captive-bred. M. reticulatus is collected from Cairns, Australia, though it seems to be a fairly uncommon offering. This is an intriguing species, which displays a subtle and unique reticulation along the sides of the body. Such a pattern is apparently found elsewhere only in the Red Sea endemic M. nigrolineatus, where it is restricted to the head. Finally, M. procne is a poorly documented species from Tonga. It has little photographic documentation and has never been collected for aquarists.

It becomes apparent when studying the biogeography of the unstriped Meiacanthus groups that their center of origin is seemingly the region around the Coral Sea. In this relatively small slice of the ocean we find three distinct species—reticulatis, phaeus, atrodorsalis—living in perfect piscine harmony. There is little information to suggest how and why these three are able to so amicably coexist, as it seems they should occupy fairly similar ecological niches. Clearly, some unrecorded aspect of their biology allows for their sympatry, and this may ultimately provide a clue for the origins of these three groups. 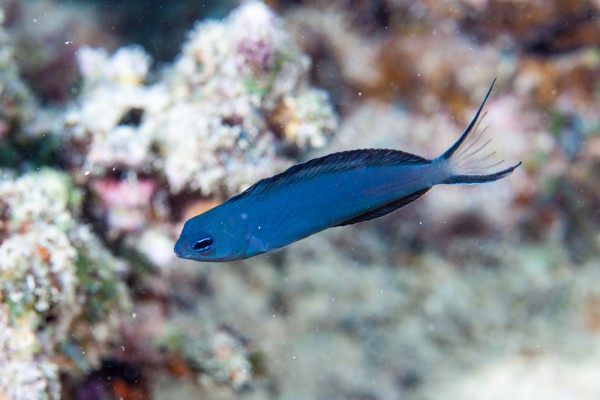 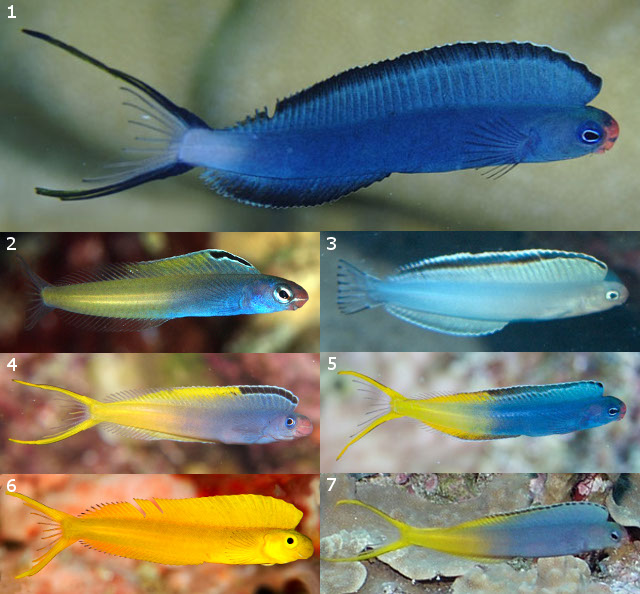 As discussed previously, the mimicry of Plagiotremus blennies seems to correlate with the evolutionary history of the model Meiacanthus. In the Coral Sea we find a pair of Plagiotremus mimics, one specializing in the yellow and blue M. cf atrodorsalis and another which is grey with black fins. It seems evident that this can only be a mimic of M. phaeus, and, in turn, we can perhaps ascribe a sister relationship between the widespread atrodorsalis Group and the geographically restricted phaeus.