This Bizarre Ruby Dragonet Might Be A True Hermaphrodite

An unusual dragonet recently turned up in the Philippines, and it’s leaving fish nerds around the world scratching their heads. While at first glance this might seem like your typical Ruby Dragonet, there is a lot going on here that doesn’t quite make sense. 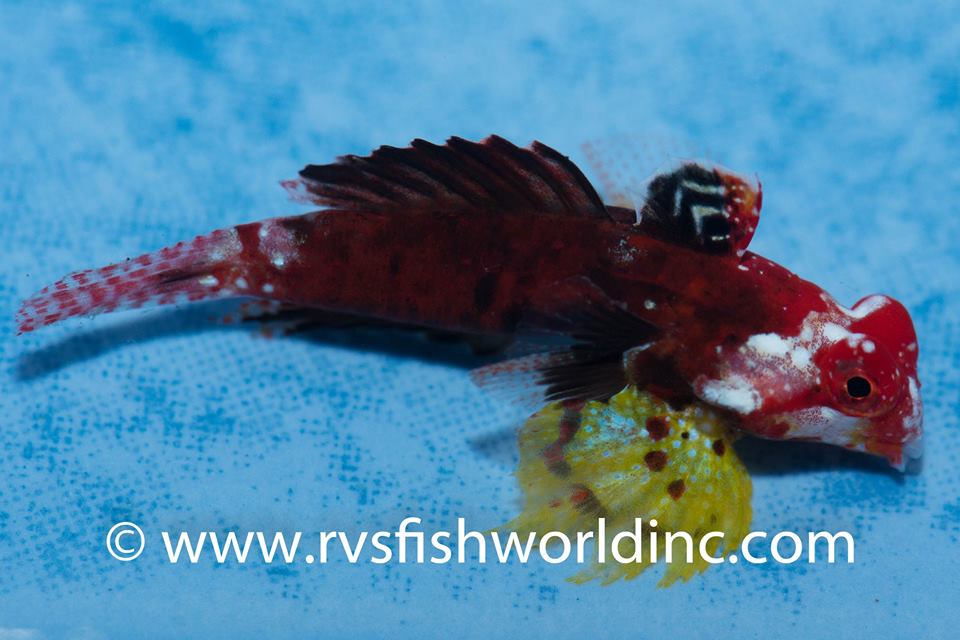 What is this fish? Credit: Barnett Shutman / RVS Fishworld

Synchiropus sycorax, which was described just a few months ago, is a popular aquarium species that is collected in large number from the southernmost reefs of the Philippines. Several easily observable traits allow us to recognize this fish: 1) the bright yellow pelvic fins, with a dark outer band in males 2) a constellation of fine, white spots along a mostly red body 3) a distinctive pattern of stripes in the male’s first dorsal fin. The specimen seen here was collected from these same waters (at Zamboanga, 25 meters), and it shares many of these same diagnostic traits, at least in part.

The white spots are definitely there, but they only poke out around the caudal peduncle and around the head, being hidden beneath an unusually reddened body elsewhere. The dorsal and anal fins are almost entirely blackened, as is the base of the pectoral fins, suggesting some localized melanism. The pelvic fins are bright yellow and have a dark band that is weakly present submarginally—a trait seen in females of S. sycorax (males have a much darker and wider band). The first dorsal fin is even more perplexing, showing the concentric stripes we would expect in a small male, but with the first interspinal membrane colored red, which is similar to what we find in females. 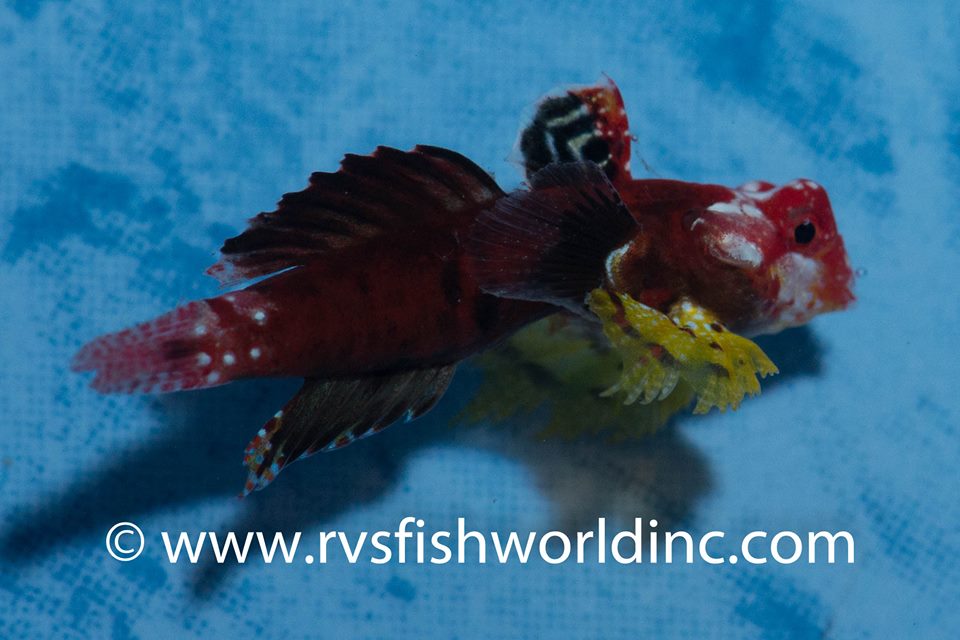 The short height and concentric lines of the first dorsal fin are traits seen in small males, but the red 1st-interspinal membrane is a female trait. Credit: Bernett Shutman / RVS Fishworld

There are a few possibilities to suggest. It’s unlikely that we are looking at a new species here, as this specimen was collected from the same habitat S. sycorax is found in. This could simply be an aberrant individual which suffers from melanism and erythrism, but it’s unusual to see both conditions in a single individual. But most confounding is the mix of male and female color patterns observed in the pelvic and dorsal fins. Dragonets are sexually dioecious, meaning that their sex is determined at birth (versus the more fluid sexuality seen in groups like wrasses, anemonefishes, anthias, angelfishes, etc). This leads me to believe that this uniquely patterned dragonet may actually be a hermaphroditic Synchiropus sycorax. To the best of my knowledge, this is the first instance of hermaphroditism to be documented in a callionymid. 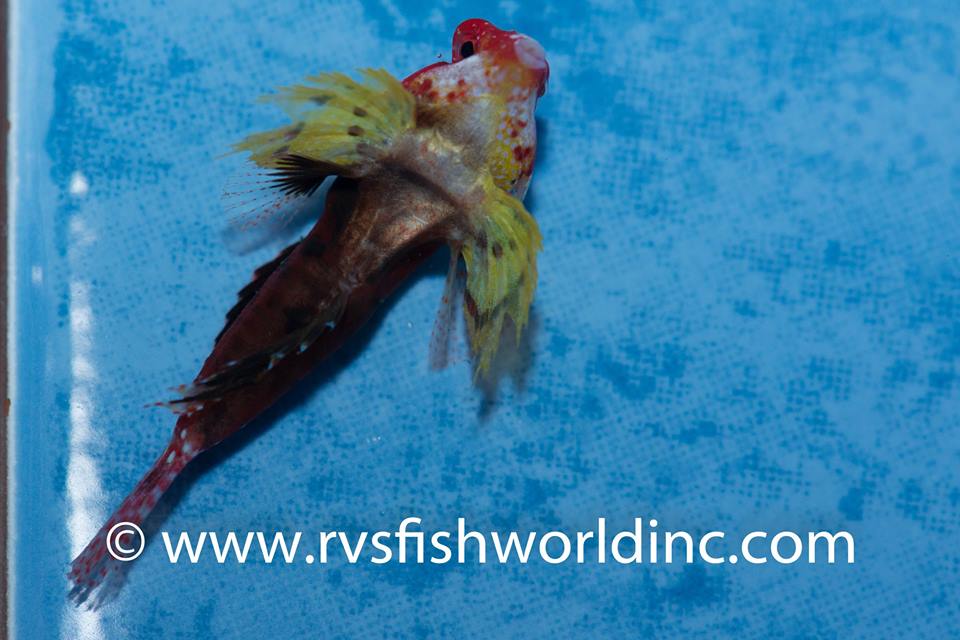