Blenny auction: Have a blenny species named after you 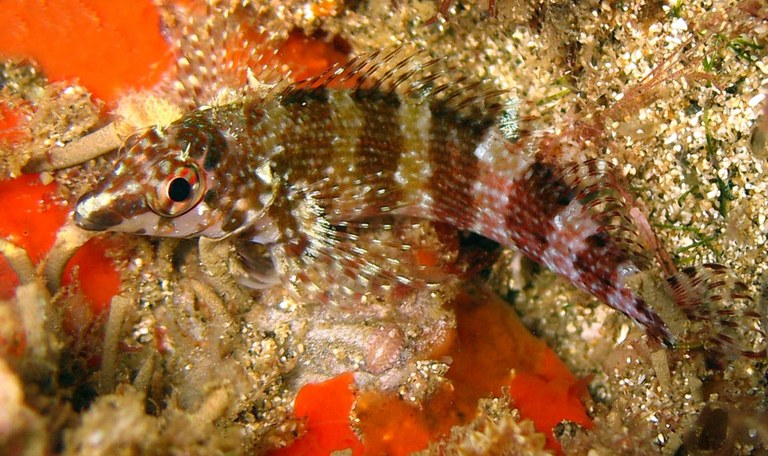 
Dr. Peter Wirtz is in the process of describing a new species of blenny in the genus Malacoctenus. In order to complete the work, he must return to the Cape Verde Islands to obtain another specimen, then he must complete the description and publish the description. He is hoping to raise the funding necessary to complete this work by auctioning off the right to name the fish.

Funding for science, especially taxonomy, has been increasingly difficult to obtain and auctioning off species names has a number of precedents. For example, in 2007, to raise funding for its Coral Triangle Initiative, Conservation International held a grand event in Monaco to auction naming rights to a number of fishes discovered in Indonesia (see Washington Post article, “New Species Owe Names to Highest Bidder”). German non-profit Biopat offers an online catalog of species awaiting patrons willing to donate funding in return for naming rights (those proceeds are directed to the educational institutions of the discoverers and to field work).

Winners can have the blenny named after themselves, a loved one, or any (reasonable) name of their choosing.  FYI: When a species is named after a person, the name is given a Latin ending. The ending depends on the gender of the person being honored. For males the ending is formed by adding the letter “I” and for females by adding the letters “ae”. So if the winning bidder is called John Smith and wants the species named after him, it could be called Malacoctenus johnsmithi.”

The minimum bid is 5000 US$. Anyone interested in naming the species can contact Dr. Peter Wirtz directly by email via peterwirtz2004@yahoo.com. Dr Wirtz is one of the world’s preeminent experts on blennies and has published many papers and books over his career.

Portions of this article are reprinted with permission from our friends at blennywatcher.com