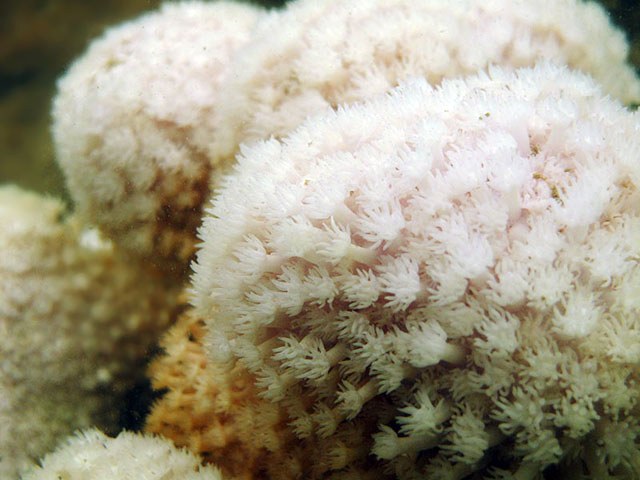 Using a world-first scientific discovery, Australian researchers are developing a stress-test for coral, to measure how coral reefs are being impacted by pressures from climate change and human activity.

The scientists have found hemoglobin genes in the microalgae which live symbiotically with coral, which may provide a readout on how stressed a particular coral is – and how likely it is to bleach and die.

Coral bleaching occurs when the symbiotic algae abandon the coral due to changes happening in the environment such as high water temperatures or pollution and, deprived of their main energy source, the corals whiten and potentially perish.  Bleaching has hit more than half of the Great Barrier Reef in recent years, as well as a majority of coral reefs around the world.

“Despite the importance of coral reefs to hundreds of millions of people worldwide, we still do not clearly understand how well they can cope with changed conditions of climate and environment they now face,” explains Professor Ove Hoegh-Guldberg of the ARC Centre of Excellence for Coral Reef Studies (CoECRS).

“In exploring the genetic make-up of both corals and their symbiotic algae, we have found hemoglobin-like proteins that respond rapidly and dramatically to temperature and nutrient stresses,” says lead author Dr Nela Rosic of The University of Queensland.

Most people know hemoglobin as the red material that carries oxygen around the body in our blood supply, but in plants and algae it serves a slightly different function, mopping up spare oxygen and toxic gases before they can harm the plant. In corals and their algae it may also form a vital part of their day-night energy storage system.

“When the coral undergo temperature stress, this system goes into overdrive and hemoglobin genes are expressed at a higher level. Due to its sensitive nature, hemoglobin has a potential to be used as a stress biomarker. This, for the first time, gives us a clear readout of stress levels in the corals and their symbiotic algae,” Dr Rosic explains.

Professor Hoegh-Guldberg says the discovery allows crucial new insights into the physiology of bleaching at the molecular level.

“Potentially this can also be used by coral managers and even industries which depend on coral, to monitor the condition of their reefs,” he explains. “By monitoring stress levels in the coral’s symbiotic relationship, we can potentially explore whether a coral is more vulnerable to bleaching and death. There may then be strategies we can pursue to reduce the pressure.”

However both scientists caution that the primary stress on corals is coming from high ocean temperatures due to global warming – and this can only be addressed by humans cutting their carbon emissions.

Prof. Hoegh-Guldberg adds that the test could also be used to monitor the success of improved management of catchments and other human impacts, in terms of its effect on the corals. “It will be one of a range of measures we can use to understand whether steps taken to improve conditions surrounding coral reefs are really working or not.  This can have a number of potential uses as we strive to reduce stress through better management of coral reefs.”

The scientists say that the existence of hemoglobin-like proteins in coral zooxanthellae (the symbiotic algae) highlights the common evolutionary ancestry of single-celled plants and higher animals, including humans.