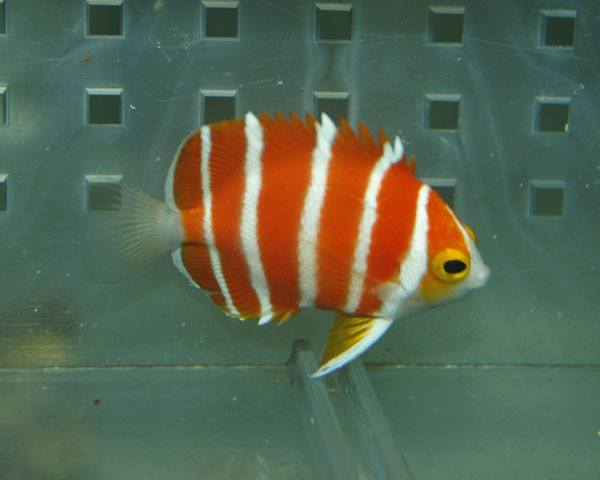 We’ve kicked October off with a huge bang, or more like nine of them to be more specific. Earlier in the week, Koji Wada revealed through a teaser image on Facebook, that nine peppermint angelfish (Paracentropyge boylei) were recently brought into his store, Blue Harbor in Japan. His teaser images showed all of the fish being acclimated while still in their individual shipping containers, so it obviously did not show them at their best. After letting the fish settle in, however, Koji has released a much more fulfilling set of images (and videos) for us to feast our eyes upon. Now, anyone in the hobby ought to know just how rare a feat this is. Prior to 2013, only two of these angels were even known to be in captivity. This year, Koji managed to get his hands on 14 of them. He brought in five back in February, and an additional nine sometime at the end of September. On top of that, he also found a way to import a few other rare species, most notably a rare deepwater Chromis and the extremely rare Claire’s Fairy Wrasse (Cirrhilabrus claire). embedded content From all of the back and forth chatter we’ve been monitoring on various social media outlets and aquarium forums, all nine of the peppermint angels have been sold. MORE: Blue Harbor Reveals More Images of their Recent Peppermint Angelfish Haul