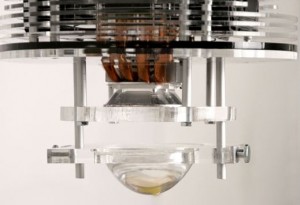 Blue Moon Aquatics just released a new flagship LED pendant with some interesting features. The P100 utilizes a 100 watt multi chip LED to drop up too 100 PAR at depth of 42 inches. This could be a serious light for hobbyists with deep tanks and public aquariums. Blue Moon Aquatics set out to build the new pendant as light weight as possible, so they used a variety of low weight materials such as aluminum and acrylic. Heat issues were not overlooked on this powerhouse light, and special fans were designed just for it. Blue Moon Aquatics even installed a heat guage on the light, so you can keep an extra close eye on it, and if that’s not enough, the multi chip LED itself is water cooled via a manifold that feeds water from the heat sink to the chip. Talk about overkill! P100s will come in either a 15k or 460nm. No official dates have been released yet, but I’m sure we will be hearing a lot more soon. 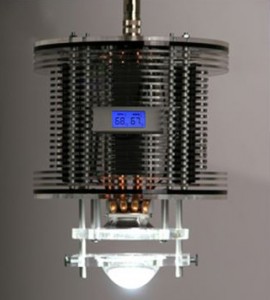 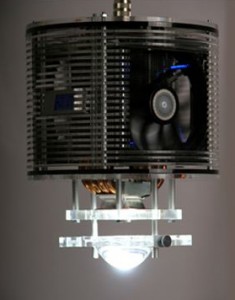