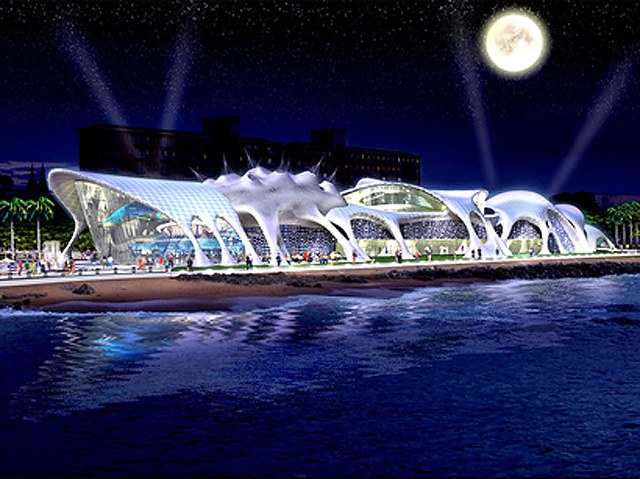 
From the Office of Communications, Ex-Im Bank of the United States:

In a victory for American small business, the Export-Import Bank of the United States (Ex-Im Bank) has authorized a $105-million direct loan to the Brazilian state of Ceará to finance the export of American goods and services for the construction of a state-of-the-art aquarium in Fortaleza, Brazil.

The transaction will support approximately 700 American jobs, according to bank estimates derived from Departments of Commerce and Labor data and methodology. At least 90% of the export contract value will be provided by U.S. small businesses.

“Ex-Im Bank’s financing for this transaction will level the playing field for an American exporter in Brazil – one of the Bank’s nine key markets – and enable the company to confront foreign competition on an equal footing,” said Ex-Im Bank Chairman and President Fred P. Hochberg. “As a result, the transaction will directly support hundreds of American small-business jobs in a specialized industry. The aquarium, which attests to the craftsmanship of American workers, will be a major tourist attraction in Brazil that will help support jobs here at home.”

International Concept Management Inc. (ICM), a small business founded in 1995 and headquartered in Grand Junction, Colo., will oversee the design and construction of the Acquario Aquarium. The company has previously executed contracts in more than 20 countries, and its portfolio includes the AquaDom in Berlin, the Burj-Al-Arab Hotel in Dubai, and the Macau City of Dreams in Macau.

“We are proud to be a partner with the state of Ceará in Brazil for this very prestigious and highly visible project,” said Roger R. Reynolds III, president and CEO of ICM. This project will employ several hundred people in Colorado, as well as more than 1,000 nationally through a network of over 15 U.S. subcontractors, suppliers and partners throughout the U.S. The involvement of Ex-Im Bank through this lengthy development process was instrumental in bringing the financing for this project together. An anticipated tourist attraction, the aquarium will boast four floors housing 25 large tanks containing approximately 15 million liters of water and showcasing 500 marine species and 35,000 individual specimens. As the Export-Import Bank of the United States reported, the aquarium will also feature interactive exhibits, two 4D cinemas, one 3D cinema, and an educational platform dedicated to the research and preservation of aquatic life along the Brazilian coastal regions. When completed, Acquario will rank as the largest aquarium in the Southern Hemisphere and the third largest in the world.

Wells Fargo Bank will serve as the documentation agent and the letter-of-credit bank for the transaction.

As of the end of FY 2011, Brazil accounted for $2.7 billion of Ex-Im Bank’s total credit exposure. Also in FY 2011, Ex-Im Bank approved approximately $410 million of authorizations to support export sales to Brazil.