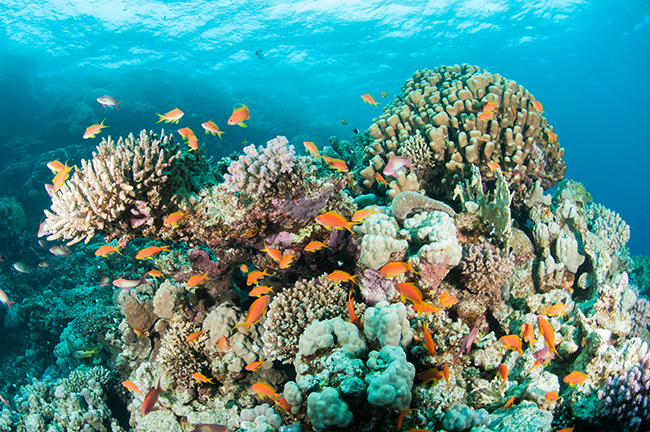 Reef aquarists work very hard to remove bubbles from system water. They’re fine in the skimmer, but flowing around in an aquarium? No thanks! But in the wild, they may be useful. In a recent study published in journal Environmental Science & Technology scientists from Stanford University have found that blowing bubbles through sea water can remove CO2 from the water and return it to the atmosphere. 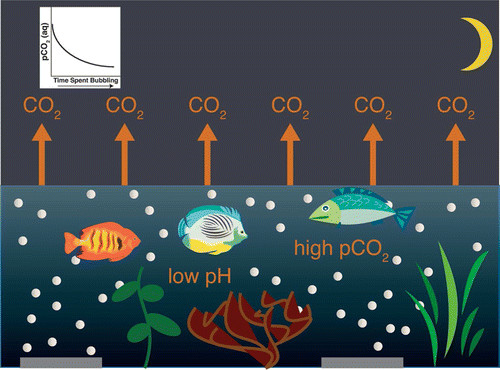 “Ocean acidification is particularly troublesome for coral reefs because the entire structure of the ecosystems is built upon the calcium carbonate skeletal remains of dead coral,” said lead author David Koweek, a doctoral candidate at Stanford’s School of Earth, Energy & Environmental Sciences. “Ocean acidification makes it difficult for corals to calcify and makes it easier to erode these skeletal remains, threatening the integrity of the entire reef.”

The press release from Stanford highlights the threats to reefs and a wide range of species that will find skeletogenesis far harder in waters with reduced pH. The release also states that: “Worldwide, coral reefs provide an estimated $30 billion net economic benefit each year. A healthy coral reef provides a home to thousands of organisms, which island subsistence communities rely on for the bulk of their diet. A reef’s mere presence can quell the waves whipped up by a surging storm, thereby guarding low-lying coastal towns from flooding.”

“The nice thing about the bubble pulse method is that it provides an engineering technique that can help bring us closer to conditions that coral reefs were used to 100 years ago, and to which they’ve been adapted for many thousands of years,” said study coauthor Rob Dunbar, the W.M. Keck Professor of Earth Science at Stanford and Koweek’s advisor.

The technique was inspired by the researchers noting something many reef aquarists will be aware of: CO2 levels rise and fall in a predictable pattern throughout the day as marine organisms photosynthesize and respire in response to the daily variation of sunlight. The researchers found that they could encourage coral growth by reducing CO2 levels during the pre-dawn period, when they are at their highest. The theory was put to test in the lab and shown to work.

David Koweek, according to the press release, “thinks bubble stripping could prove useful for protecting small sections of shallow coastline that are ecologically, culturally, or commercially important. Because the operations would be small, the benefits to the marine environments from lowering ocean acidity levels would greatly outweigh the relatively small amount of atmospheric CO2 generated by the bubbling process and by the compressors used to produce the bubbles.”

“If this idea takes off, you could imagine people running these compressors on solar power,” Koweek said. “In the tropics, where there’s a lot of sunlight, you could charge your compressors with solar energy during the day and then bubble at night.”

A little bubbling could go a long way, if done strategically. “Many Pacific coral reef terraces have a mostly unidirectional water flow,” said Dunbar, who is also a senior fellow at the Stanford Woods Institute for the Environment. “If you operate your bubbler in an area that is upstream of a large section of coral, you could reduce CO2 levels for an entire reef.”

You can read the full study here: