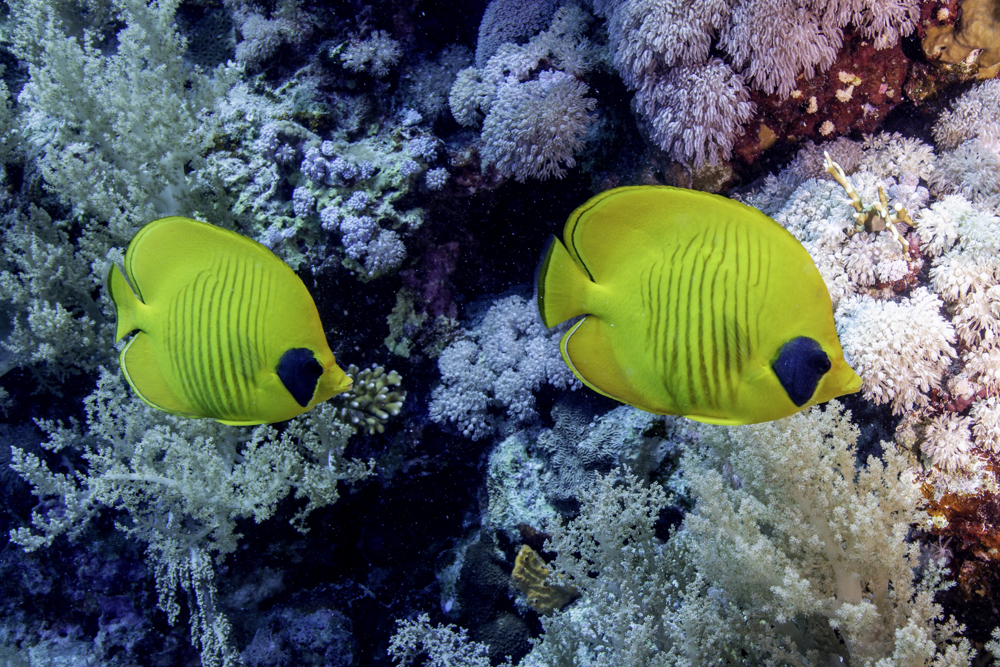 I’m slowly working through some recent images from the Red Sea and hopefully you’re enjoying seeing them.  Here is a selection of butterflyfish.

The first on my list is the Masked or Blue cheek Butterfly.  Chaetodon semilarvatus is perhaps the quintessential Red Sea Butterflyfish.  It certainly is a stunner.  It is quite large at 23 centimeters and usually seen in pairs.  It is found in the Red Sea and the Gulf of Aden and seems to be a little more common in the south of the Red Sea. 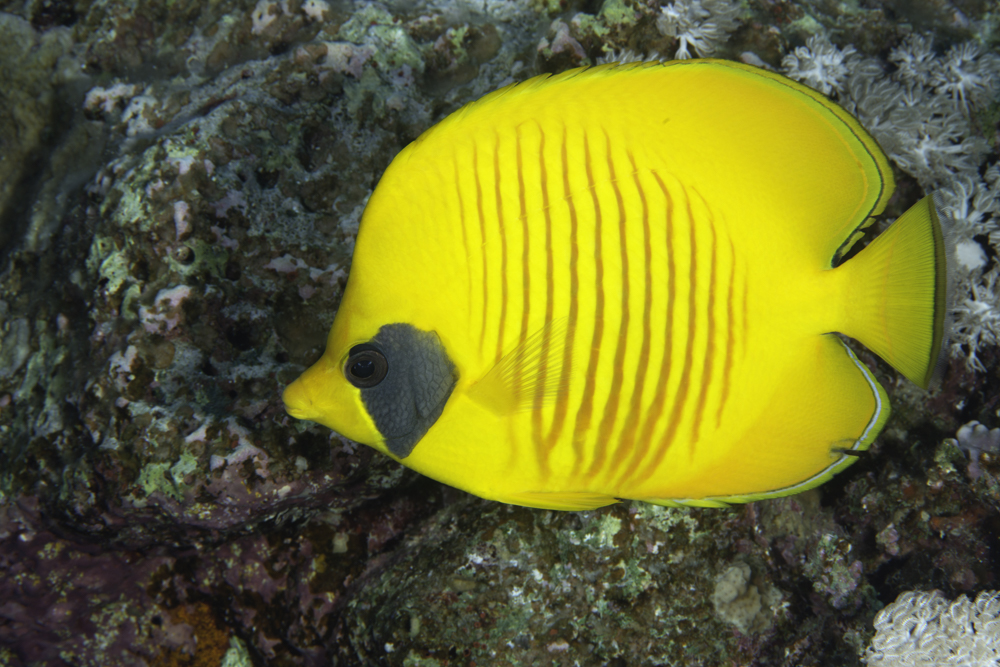 Next up is C. paucifasciatus, the Crown Butterflyfish.  I find these really hard to approach as they are so very shy and will disappear into the coral very readily. 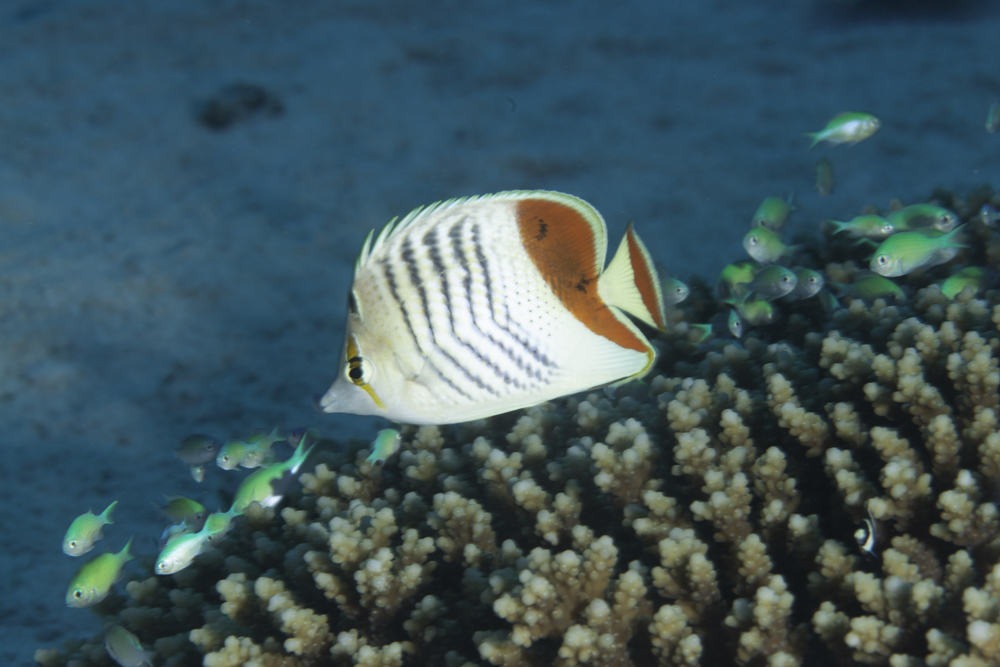 This is a smaller fish, at 14cm and again is a Red Sea and Gulf of Aden species.  A similar species, C. madagaskeriensis, replaces it in the Indian Ocean. 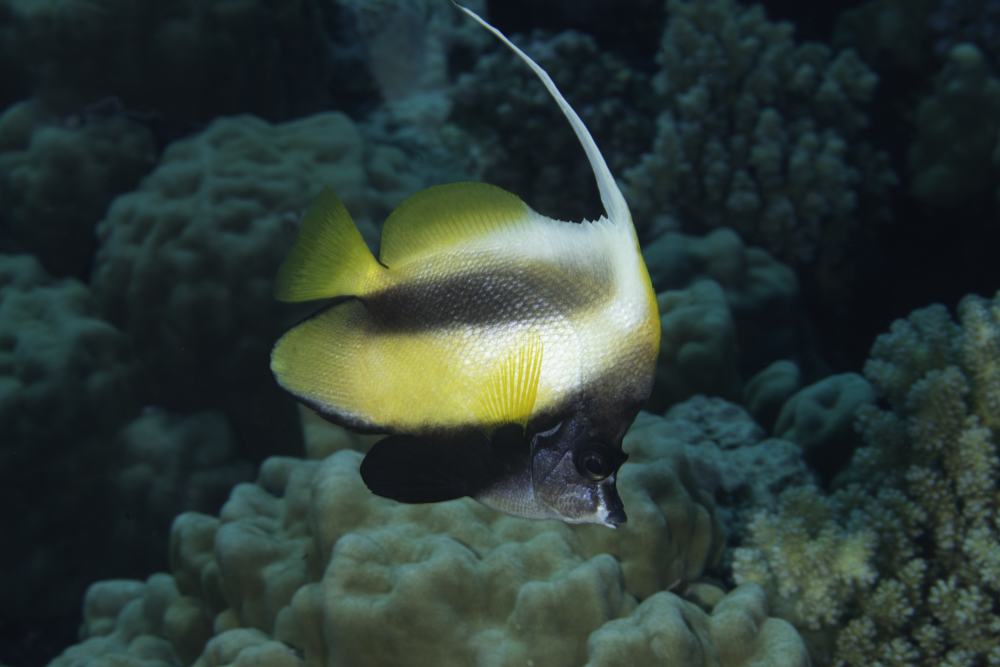 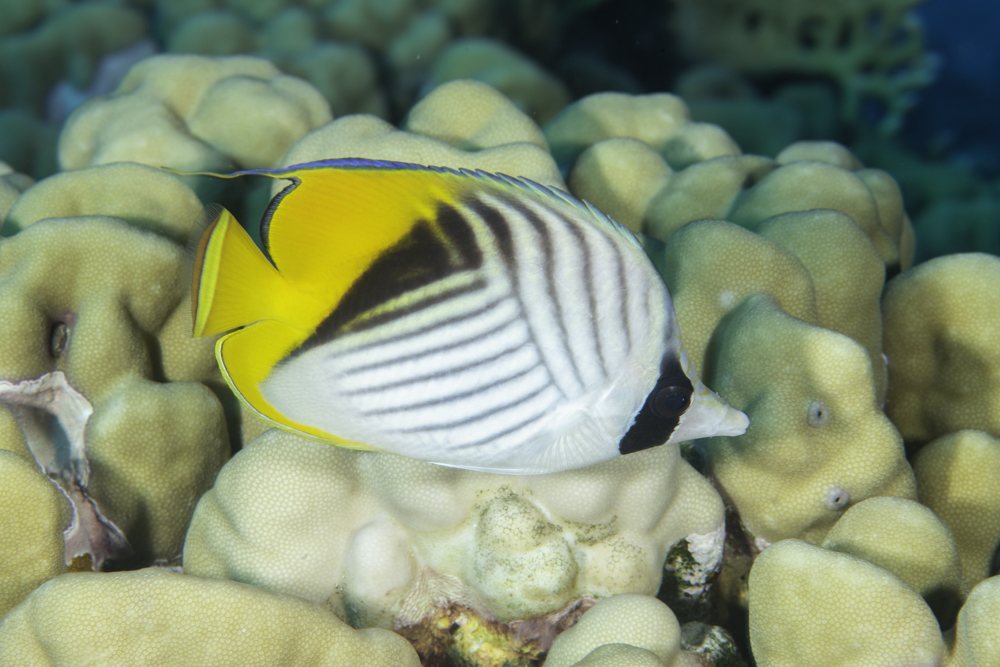 C. auriga is a much more well-known species.  There is a Red Sea specific subspecies but as yet I haven’t found one.  It is reported to have a black spot on the dorsal fin.

My final fish is C. melanottus, the Blackbacked Butterfly fish.  I had wondered about keeping this picture, as it is not that great, but decided to share it anyway.  I was having camera trouble, but at least you can see the fish in its native habitat. 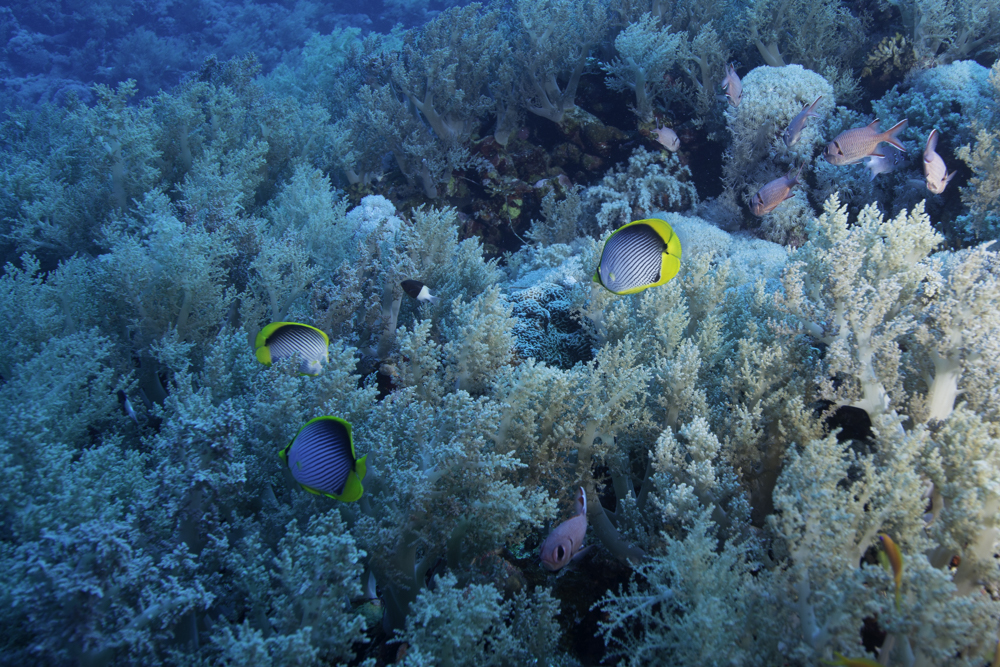