Can You Say Blue 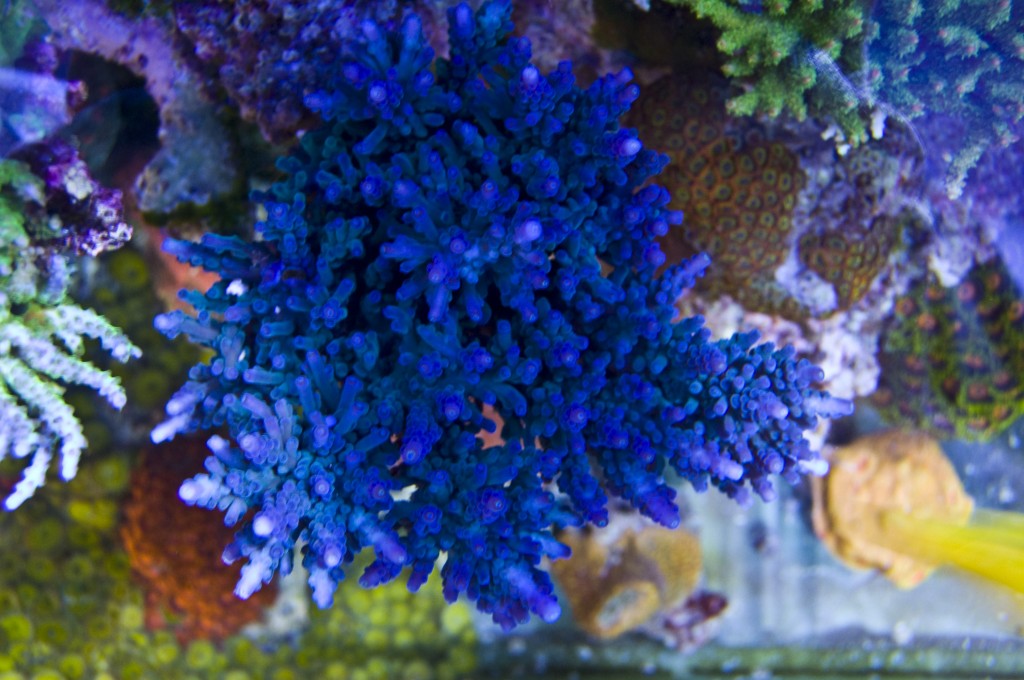 Many years ago I saw a tiny fragment of a blue Acropora and knew I was hooked.  After looking at every image of our natural coral reefs I could find, I started to realize how rare this genetic strain was.  I began to search for a seed fragment to grow and bought many before finally landing on one that was truly blue in coloration.  The many others were not and ranged from green to brown.  The creative photo editing of the sellers made the corals appear blue.  After seeing the specimens with my own eyes I realized they were not.  The blue pigments of the coral in the image above were visible to the naked eye even under natural light and did not require actinic lighting to display this.  I knew this was the coral that I had been searching for and placed it in a good location where it would receive the proper amount of lighting and strong random flow.  The coral grew very slow for the first couple years with other faster growing corals doing there best to take its space.  I assume the reason why you do not see these blue Acroporas very often in the wild.  I trimmed the faster growing corals back and away from it and donated the space and time it required to mature.  As the years passed the coral became very blue and started to grow at a faster rate.  The goal of owning a mature colony of a true blue Acropora was finally realized.  Although initially I did not know it would take as long as it did to mature.  Probably a good thing given I would have been discouraged to undertake the long road and make this happen.