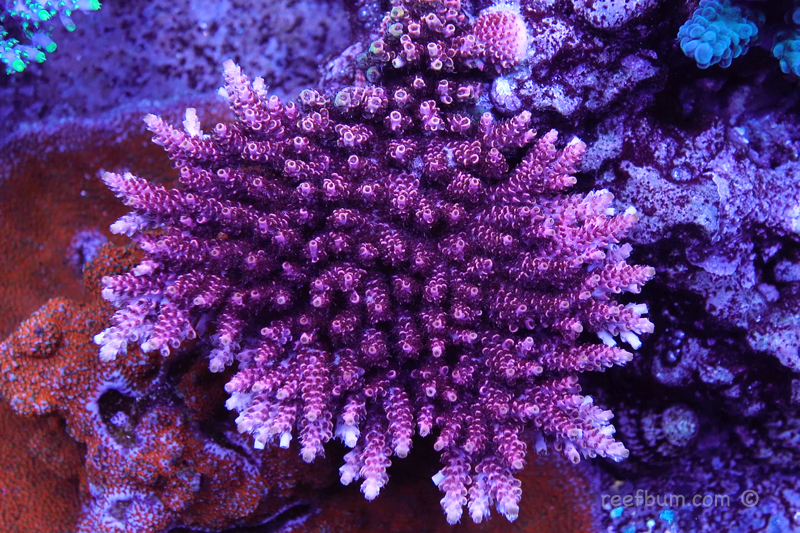 It has been just about four months since I started using Captiv8 Aquaculture salt and I wanted to provide my initial thoughts on what I have been seeing with my tanks and also some interesting tidbits about the salt itself.

I had been using Instant Ocean salt for a number of years and for the most part I was happy. My corals looked good and the salt was pretty cheap. I did have to supplement magnesium since freshly made batches of salt tested out at around 1270 ppm for that element. I never tested for calcium and alkalinity so I can’t comment on the consistency of those components.

Another knock I had against Instant Ocean is that it mixed up really dirty. I have been told the residue is not harmful to any tank inhabitants but I did wonder if it impacted the mixing pump I had in my salt water mixing drum. It seized up on occasion despite regular maintenance. The Captiv8 salt mixes up very clean.

Ok, as for my corals, they had been looking good with Instant Ocean. But there were three browned-out corals in my peninsula tank that started to color back up after using Captiv8 salt. I believe they had browned out due a rise in phosphate but that is just a theory of mine. I should also mention that I started to dose some Captiv8 Aquaculture trace elements around the same time I started to use the salt. At this point I am still dialing in those traces based on some ICP testing I am doing with Reef Labs.