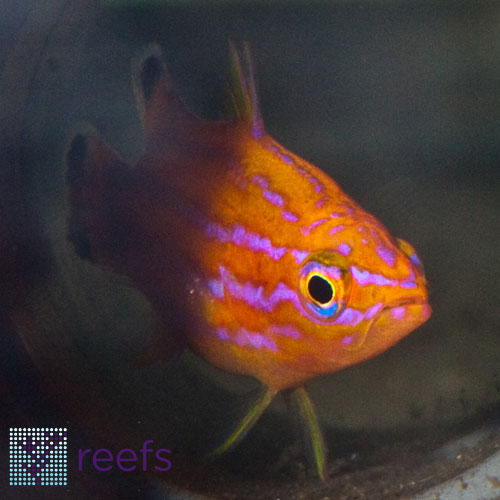 The first captive-bred candy bass, Liopropoma carmabi, has finally reached market size and is headed to Dynasty Marine today – and it only took 9 months!  Although the genes of this little survivor probably belong back in broodstock, the idea of a captive-bred candy bass being for sale in the marine aquarium trade is too exciting to pass up. 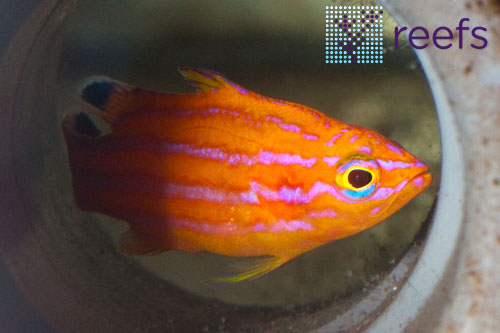 As with the first captive swiss guards released last spring, the ultimate recipient will also receive a signed baby (larval) picture and a personal letter of thanks for helping to support marine ornamental aquaculture. Although three L. carmabi actually reached settlement at the Long Island Aquarium last spring, we lost one soon after and one has failed to develop a normal swim bladder leaving it with buoyancy problems. This leaves just one perfect, healthy specimen from last year’s efforts as we enter the spawning season and prepare to try again. Hopefully I’ll produce a better yield this year and hopefully Forrest Young will get top dollar for this one-of-a-kind fish. 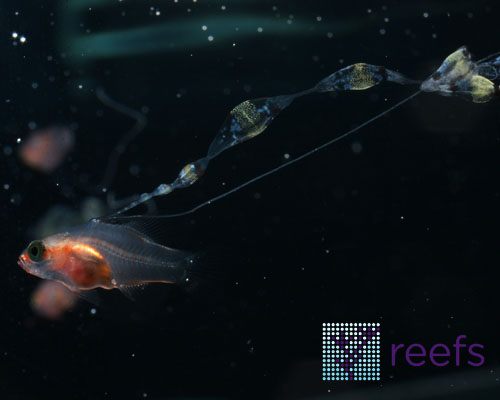