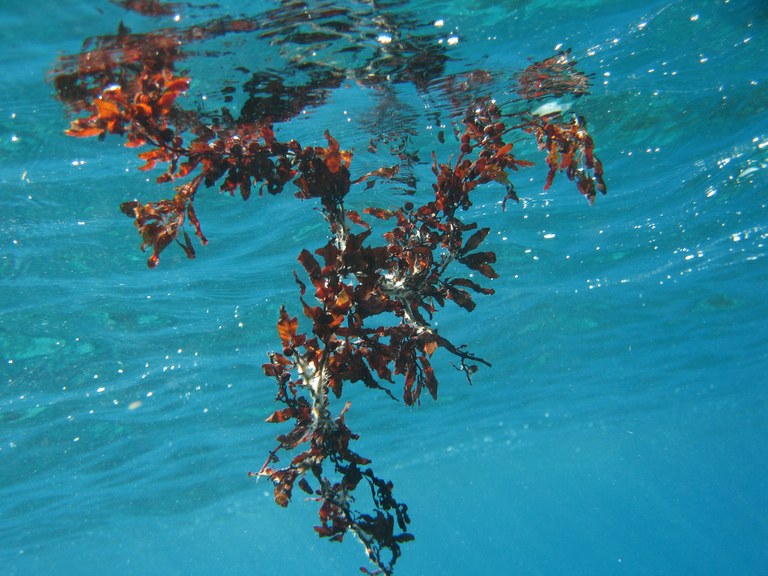 Seaweed from the Caribbean. Photo by Nadya Peek / Flickr.


The research was recently published on the journal Trends in Ecology and Evolution by George Roff and Peter Mumby.

The study’s goals were to compare the macroalgal growth of the Caribbean, Indian, and Pacific regions as a way to benchmark the transferability of concepts between regions. In general, the Caribbean is characterized as a region with low resilience when it comes to macroalgae takeover when the conditions are right. In this paper, Roff and Mumby attempt to answer the question of why this might happen. They cite common themes such as “faster rates of macroalgal growth, higher rates of algal recruitment, basin-wide iron-enrichment of algal growth from aeolian dust, a lack of acroporid corals, lower herbivore biomass and missing groups of herbivores” as possible reasons.

Their data also suggests that the Indo-Pacific region would need to have significant degradation in order to exhibit these same traits as the Caribbean.

“Seaweeds bloom four times faster in the Caribbean than the Pacific Ocean”, exclaims study author, Dr George Roff, of the University of Queensland. “This helps explain why corals in the Caribbean seem to be such weak competitors against seaweeds.

Coauthor, Professor Peter Mumby, adds, “Seaweeds are able to bloom when we loosen their controls, either by polluting the sea with fertilizers or catching too many parrotfish, who treat seaweed as a delicacy. We now know that seaweeds will bloom if we give them the slightest chance. This means we should redouble our efforts to control pollution and fishing of parrotfishes”.

“It is intriguing to see such variability in seaweed behaviour around the world”, says Dr Roff. “We raise a number of possible explanations that scientists will test over the next few years”.