You have probably been taught that herpes is a bad thing. However, in the case of battling invasive carp, the herpes virus may be a very good thing. Australia has declared war on carp and the weapon of choice is herpes. That’s right, you heard that correctly, herpes. Carp have taken over native species in the Murray-Darling Basin and are estimated to make up approximately 80-90 percent of the population. 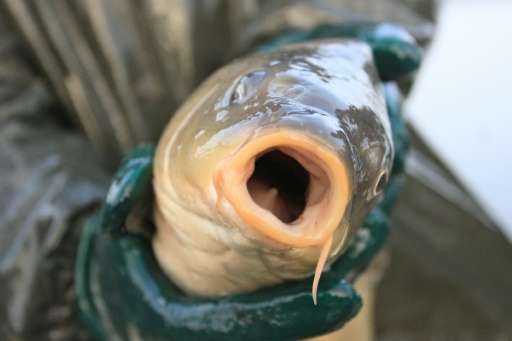 Originally introduced to Australia in 1859, the numbers of the carp population did not become problematic until the 1960’s when a fish-farming strain was accidentally released into Australian waters.  Barnaby Joyce, the deputy prime minister of Australia, called the carp ‘bottom-dwelling’ and ‘mudsucking’ fish that cost the government $500 million a year. Killing the carp using the herpes virus is estimated to cost the government $15 million dollars to implement. The government plans to use the cyprinid herpesvirus, or the carp herpesvirus, to wipe out 95 percent of the carp population and pointed to Japan’s sucess using the virus. “We’ve seen in lakes, in Japan, lakes that are multiple times the size of Sydney Harbor, we’ve lost 70 percent of the European carp in two weeks,” Joyce said. Science Minister Christopher Pyne came up with “Carpageddon” and stated that the virus is not harmful to humans or other animal life. However, there will be large clean up costs expected when thousands or millions of dead carp wash ashore. MORE