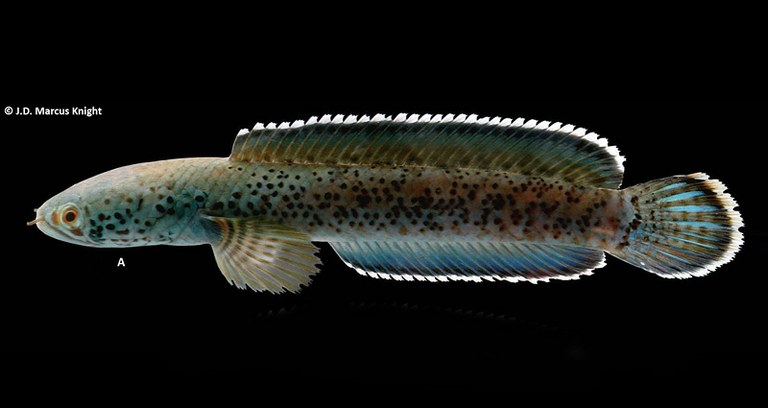 
Snakeheads are oddball fish equipped with air-breathing organs, thus able to breath air from the surface of the water.   Some species remain relatively small, but some get very large; the C.paradalis holotype measured only 13cm (5 inches), but it likely has an adult size circa 25cm (10 inches).  All Channa are territorial and prolific predators, so they can not be kept with fish that will are small enough to eat (ideally kept with fish no smaller than half its size).  More importantly, they are illegal to acquire, import or trade across State lines in the United States because the entire genus is  recognized by the US Fish and Wildlife department as a highly invasive fish.

The new snakehead species is described in the latest publication of the Journal of Threatened Taxa.  Here is a video of a reported rare Channa pardalis (AKA “Channa sp. Meghalaya leopard”) in captivity: