The worlds largest chain of coral reefs has been severely affected by the warmest El Nino system on record says Kim Cobb, a professor in Georgia Tech’s School of Earth and Atmospheric Sciences. Situated about 1,340 miles south of Hawaii and 150 miles north of the equator, Kiritimati Island, also known as Christmas island, was visited by researchers from the Georgia Institute of Technology and University of Victoria, and they have returned with grave news. “This intense heat stress has transformed some of the world’s healthiest coral reefs into graveyards.” “To our knowledge, this is the greatest coral mass mortality event at a single location on record.” says lead researcher and biologist Julia Baum from UVic. After almost entire month studying the coral atoll, Cobb and her team have noted a 1.5-3 degree shift upwards in the average temperature of the reef, making it extremely difficult for corals to recover. 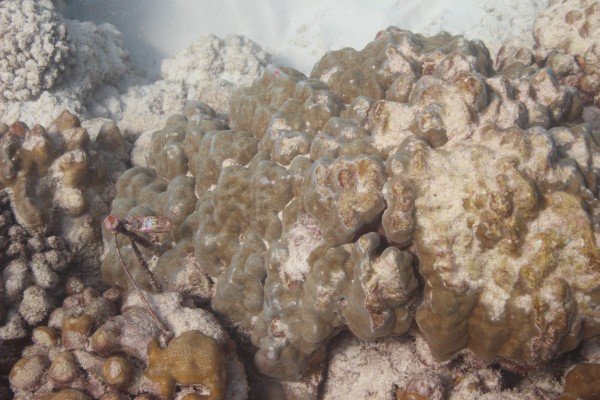 With a similar visit to the island chain back in November of 2015, the team noted 50-90 percent of the reef was bleached, and about 30% was had completely perished. Returning to the island Cobb and her team noted 80 percent of the  coral was completely dead, 15 percent of the coral was bleached with a chance of recovery, and only 5 percent was still alive. “When remote reefs like Christmas Island succumb to acute temperature stress, it’s a wake-up call for the rest of the world’s reefs, which will come under increasing stress from climate change.” The team will be returning to the atoll periodically over the next few months to assess the changes this event will cause, but communities that call Christmas Island their home will be severely affected by the loss of the reef, as it protects them from large storm surges, and provides them with basic aspects of their livelihood. The research will certainly add to the overwhelming stack of papers currently being published about ocean acidification, but will add some insight into how these reefs will cope with the coming months of bad weather, as Christmas Island truly is a diamond in the rough. Read more here.