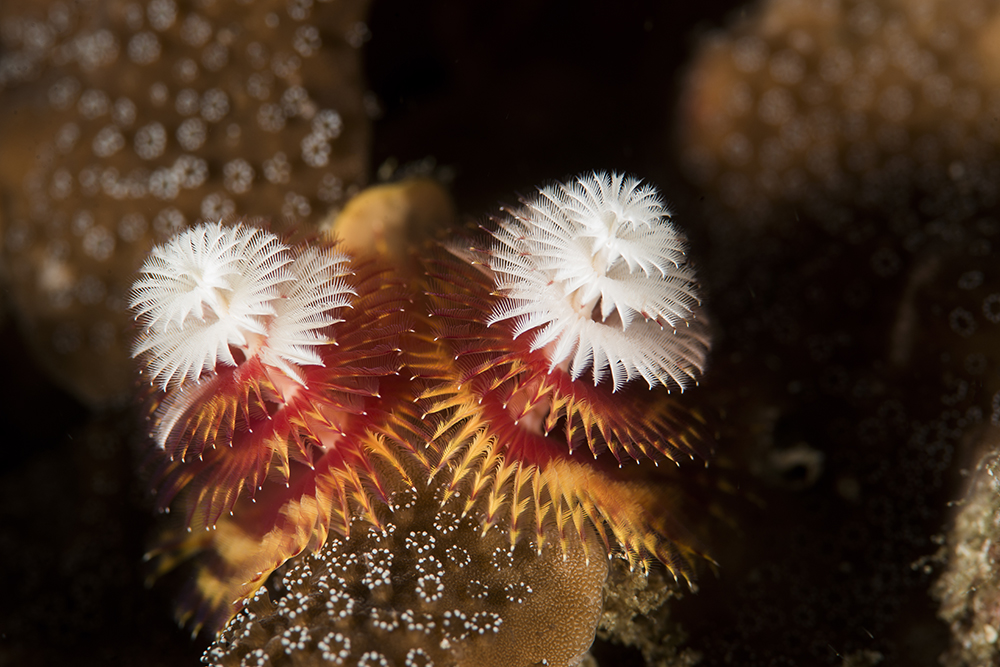 Over the holiday period there have been quite a number of posts featuring the Christmas tree worm, for obvious reasons.  Here are some of my images and a little more about this very attractive worm.

I remember the first time I saw a Christmas tree worm; I was transfixed.  “What a beautiful and delicate structure!” I thought as I approached to take a closer look and the sensitive critter sensed my presence and popped back into its tube.  I vowed I’d get a decent picture one day, and fifteen years later I still find them fascinating. 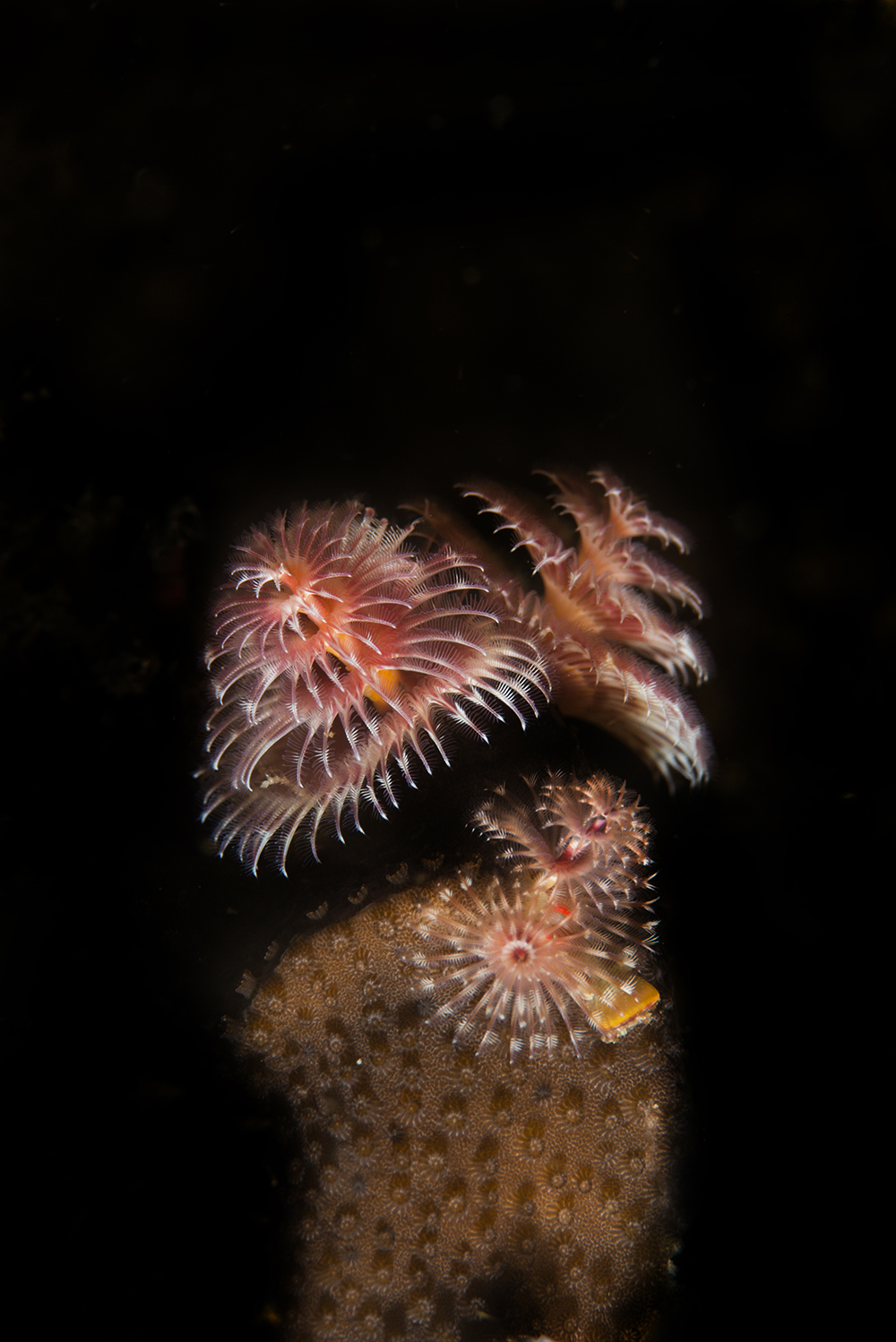 Spirobranchus is a genus of polychaete worms with the ability to create calcareous tubes, within which they live.  Often times these are simply formed on rocky substrates, but in the case of S. giganteus these are formed within the skeletons of massive corals such as Porites.

The tree-like, whorled structures that we enjoy so much are modified mouthparts, each ‘branch’ or radiole as they are known, are covered in fine hair-like cilia which pass morsels of food towards the center of the structure and into the worms’ mouths. 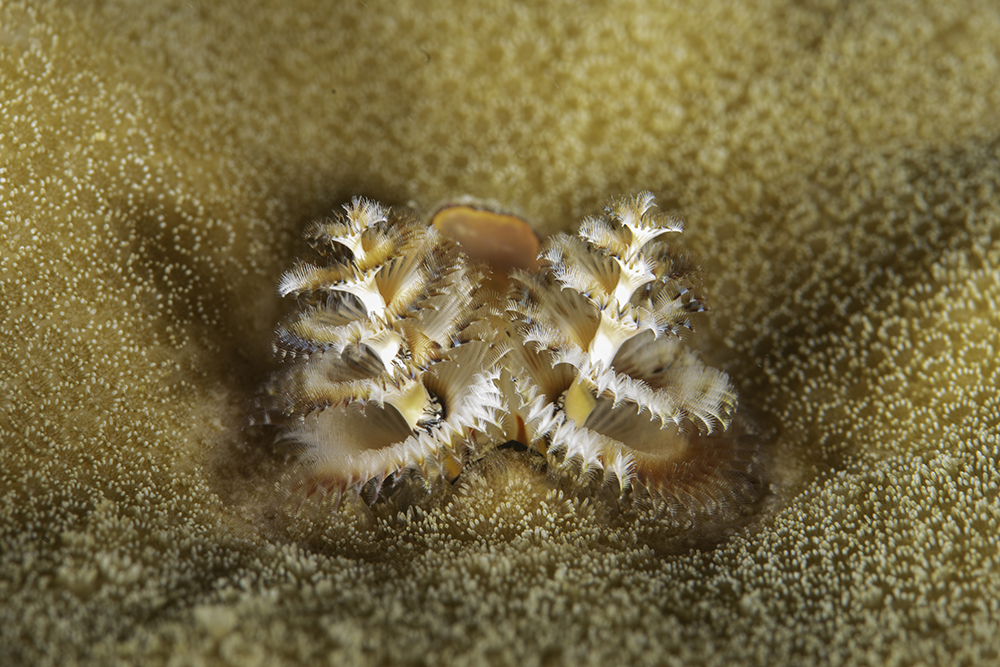 The whorls, or crowns as they are sometimes known, also play a part in gaseous exchange, acting as gills.  They come in an amazing array of colors, as you can see in these images, with some specimens sporting multiple hues.  Overall, I find they tend towards the reddish, orangey, and pale pastel range of colors.  Occasionally I come across a blue specimen which I find particularly beautiful. 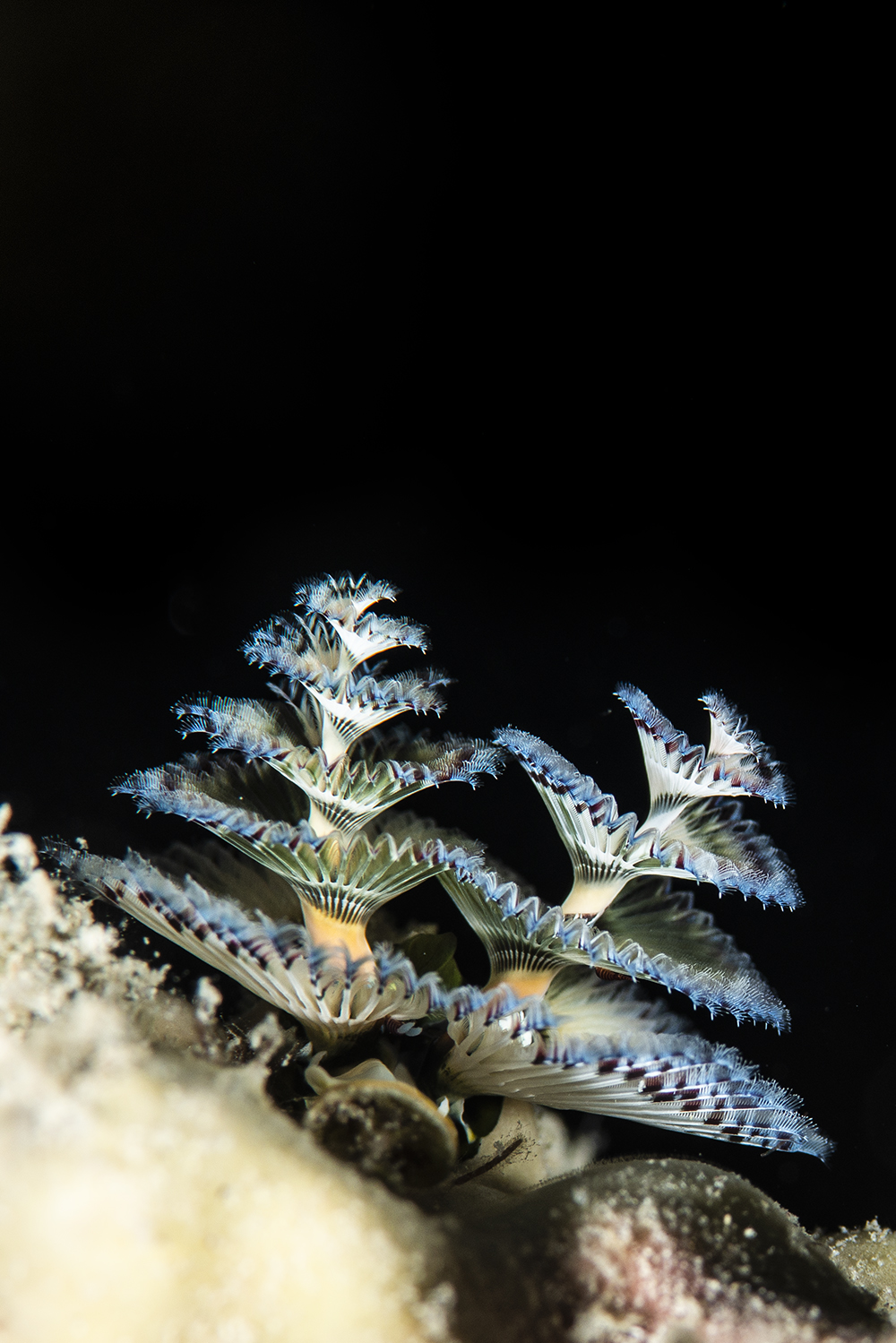 I have seen them maintained in captivity, but not often, and I’m not sure they would survive in most systems.  I imagine they would require specific feeding and some fish would attempt to pick at the crowns with such frequency that they would rarely open, but I have no direct experience so I may be incorrect on this. 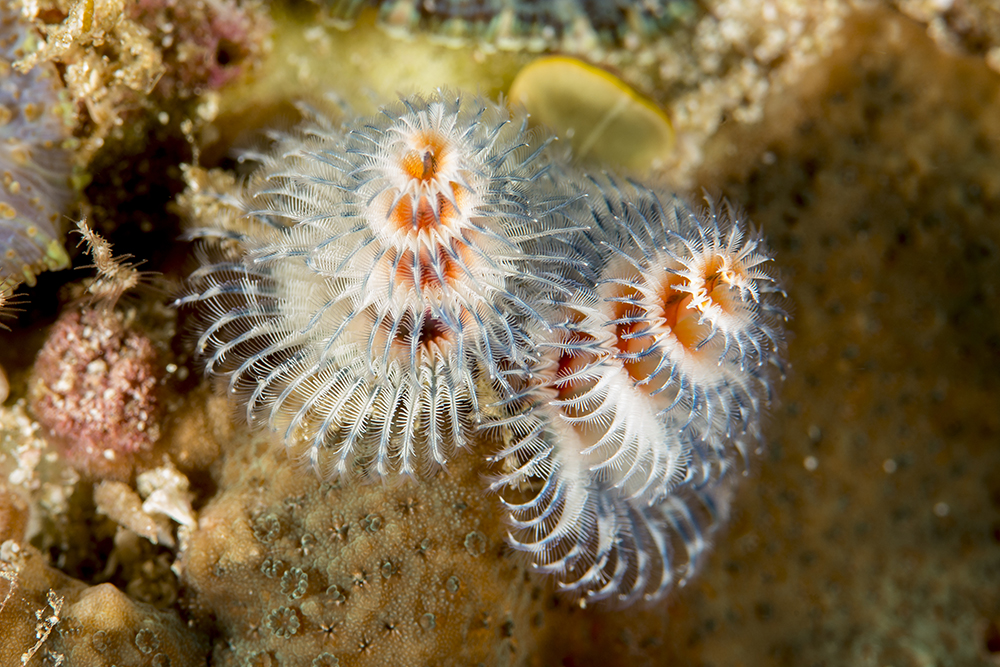 Phtographing them takes some stealth and approaching them is akin to stalking, most of the time they detect you and furl themselves away, but every so often you get a good shot and fin away happy.  You only get one try of course, they sense the flash and furl up, so it’s important to get your focus right before firing.

S. giganteus is found across the tropics.