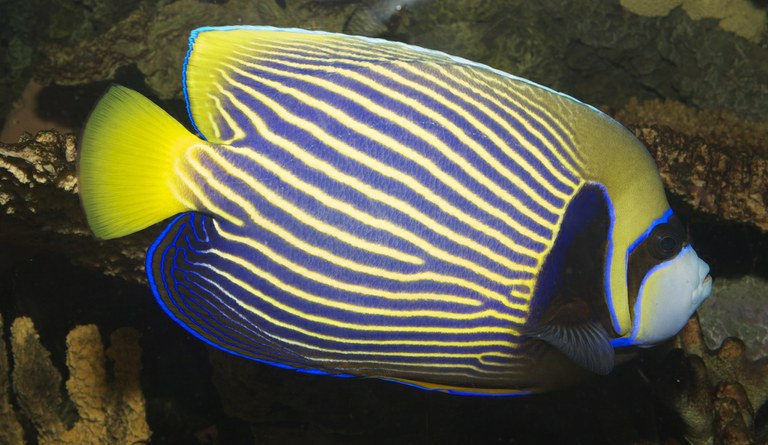 
Research published today in the journal Methods in Ecology and Evolution shows that methods to record marine diversity used by amateurs returned results consistent with techniques favoured by peer-reviewed science.

The findings give weight to the growing phenomenon of citizen science, which sees data crowd-sourced from an army of avid twitchers, divers, walkers and other wildlife enthusiasts.

The field study compared methods used by ‘citizen’ SCUBA divers with those used by professional scientists, to measure the variety of fish species in three Caribbean sites.

Two teams of 12 divers made 144 separate underwater surveys across the sites over four weeks.

While the traditional scientific survey revealed sightings of 106 different types of fish, the volunteer technique detected greater marine diversity with a total of 137 in the same waters.

Dr Ben Holt, from UEA’s school of Biological Sciences, led the research in partnership with the Centre for Marine Resource Studies in the Caribbean and the University of Copenhagen, Denmark.

He said: “The results of this study are important for the future of citizen science and the use of data collected by these programs. Allowing volunteers to use flexible and less standardised methods has important consequences for the long term success of citizen science programs. Amateur enthusiasts typically do not have the resources or training to use professional methodology. Our study demonstrates the quality of data collected using a volunteer method can match, and in some respects exceed, protocols used by professional scientists.

“Enlisting the help of a large pool of volunteers helps professional researchers collect valuable data across many ecosystems.

“The popularity of SCUBA diving has resulted in monitoring of the underwater environment on a scale that was previously impossible. For example, the REEF method has been used by volunteers in more than 160,000 underwater surveys across the world. It would have cost many millions of pounds for professionals to have undertaken the same work.

“Very few, if any, scientific groups can collect data on the scale that volunteer groups can, so our proof that both methods return consistent results is very encouraging for citizen science in general.

“I think we will really see the value of volunteer schemes increase in future. We’re living in a world that’s changing very significantly. Environmental changes are having a big impact on ecosystems around us so we need to harness new ways of measuring the effect.

“For example Lion fish is an invasive species which was not in the Caribbean until roughly 10 years ago. They have now become a real problem in many areas and this invasion has been tracked using volunteer data. Following our study, scientists can have more confidence when using these data to consider the impact of threats, such as invasive species, on the wider natural communities.

“It is important to note that our study does not consider the abilities of the individuals performing the surveys and this is also an important consideration for any large scale biodiversity program. By addressing these issues we can make important steps towards enabling the large pool of volunteer enthusiasts to help professional researchers by collecting valuable data across many ecosystems.”

The research was carried out in under water sites close to South Caicos in the Turks and Caicos Islands.