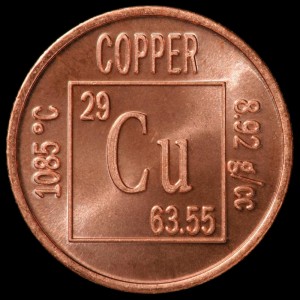 During my last post, I focused on one parasite that rapidly kills fish and how to diagnose and treat it. Sadly, it is only a small fraction of the conversation on how to treat fish that succumb to any external parasites. The mechanisms that determine a fish’s ability to survive infection, on up to the side effects treatment will have, are very deep (no pun intended) and should be understood by aquarists. Also, the effect treatment has on an aquarium ecosystem is vital as well. In a perfect world, all sick fish would be treated in a hospital tank and returned to a parasite free display aquarium at treatment’s end. The world isn’t perfect, and reality is that many aquarists will treat infections in the display aquarium. Since copper is cheap, easily administered and kills a wide array of pathogens, it’s easy to see why it’s the weapon of choice, when dealing with external parasites.

Copper has been used as a disease treatment in marine aquaria for a long time. At one point, aquarists would soak a sock of pennies in the aquarium and when snails began dying off, they would assume the copper was having therapeutic effect. Copper usage has evolved, but the basic premise is the same. When using copper, you are adding a metal ratio to marine water and while it kills a large variety of unwanted parasites, it also brings with it a host of side effects.

The ugly side of treating with copper: 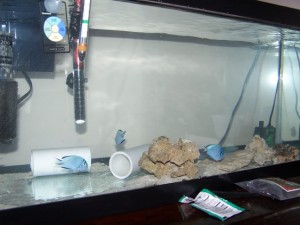 First, it’s well known that copper kills invertebrates. Reality is, it doesn’t outright kill them all. There are various species of true crabs that can tolerate copper therapy. For example, I have dozens of hermit crabs that have survived multiple copper treatments and still clean the bottom of my hospital tank. Since knowing exact species of crabs or invertebrates that can tolerate copper, and identifying them within the aquarium is nearly impossible for most, the rule of thumb is to not administer copper if invertebrates are present. Any coral, sea cucumber, snail, etc. is likely to have a fatal reaction to copper.

This means that during treatment, you can expect a mass amount of die off. Tiny invertebrates such as copepods will die, and your aquarium can be home to thousands and thousands of them. Larger organisms such as amphipods will die off as well. It’s impossible to remove these organisms entirely; as they make their homes in nooks and crannies of rock that aquarists cannot access. Luckily during copper use, you can still operate your skimmer, which will remove organic waste generated from die-off – but large water changes are recommended during treatment. It’s also vital to employ mechanical filtration (such as a filter sock) to grab any decaying debris floating around the tank. You’ll be surprised how often those need cleaned and replaced during copper therapy. 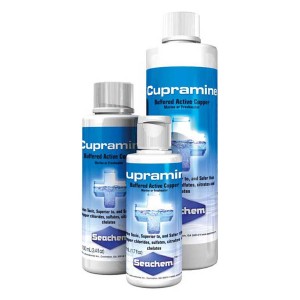 Carbon and other chemical filtration will remove copper, so any reactors need to be shut down during therapy. UV sterilizers damage copper molecules and render them ineffective, so that needs shut off during treatment as well. This leaves the aquarist with only two filtration options, mechanical and protein skimming. As you can imagine, during therapy your water will turn a gray, milky color. Overall, your aquarium will lose much of its former luster, as various copper treatments stain the water blue. Effective copper therapy is not a pretty sight.

While copper does kill parasites, it works as an immune suppressant on fish physiology. This leaves your fish open to secondary bacterial infections and triggers head and lateral line erosion (HLLE) in species prone to the disease. During copper treatment I recommend enriching foods with garlic and amino acids, both known to boost fish’s immune system. I personally soak my fish’s food in Brightwell Aquatics Garlic Power and Korallin Zucht’s Fish Amino 24 hours before feeding, when administering copper. Various manufacturers offer freeze dried seaweed fortified with garlic, which I recommend for herbivores during copper therapy.

Since most external parasites cause skin lesions and cellular damage once they detach from fish, after copper treatment it’s vital to follow up with an antiseptic. You can’t combine antiseptic treatment with copper treatment, as it can be fatal to many marine fish.

A reality of using copper as a disease treatment is that it can in and of itself kill marine fish. Scale less fish, (sharks and rays) and a few others (mandarinfish) are sensitive to copper. Any species can have a fatal reaction to copper, depending on what their current bodily copper concentration is. Copper exists naturally in a variety of fish foods and is an element of macro-algae and seaweed as well. Depending on what your fish have eaten, their bodies may already have a higher than average copper concentration. Adding copper to the water, which then respires into the blood stream, can damage fish that are already saturated. It’s impossible to know what a fish’s copper concentration is and the aquarist is playing Russian roulette anytime they add copper treatment. 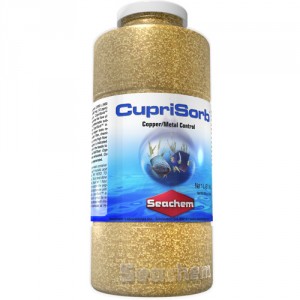 Copper is used therapeutically at a concentration of .5 mg/l – easily identified by a copper test kit. If you opt for chelated copper (such as Cuprimine) then only two test kits I’m aware of that properly test for it are Seachem’s copper test kit, and Sailfert’s test kit. I recommend chelated copper; while it’s slower to reach concentration, it’s far more stable in seawater. I recommend testing copper concentration once in the morning, once in the evening and anytime after the addition of top off water.

Copper works quick, and it’s not uncommon to see fish free of parasites within 24-48 hours of reaching therapeutic levels. Treatment duration is often recommended for 30 days. 30 days is a good way to ensure a parasite is dead throughout the entire life cycle, although it’s also a long time for fish to remain saturated in copper. If treating in a hospital tank, I recommend a 14 day treatment which is often enough to kill off many external parasites. After treatment, water can be returned to normal conditions and fish can begin treatment with antiseptic. Remember to first use a copper absorbent (such as Cupri-sorb) to remove copper. If outbreak re-occurs, then copper levels can be raised again. The display tank must remain fallow for at least 30-45 days, the longer the better.

If treatment occurs in the display tank, the choice of a 14-day treatment or 30 day is up to the individual aquarist. Removing copper from large volumes of water, and raising copper in large volumes of water is often a tedious and expensive task (cost of treatments, absorbents, etc). In any instance, exposing your fish to copper for a short amount of time is always better, as long as the parasite doesn’t return. 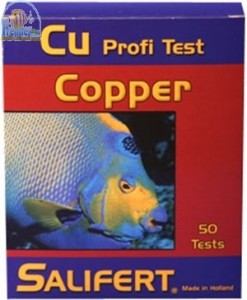 Administering water changes while treating with copper is important. Copper kills off some of the bacterial filter within the tank, but doesn’t decimate it. I have a water-mixing container (a brute trash can) only for water changes during copper treatment. That way, pre-mixed water can be treated with copper before being put into the aquarium, rather than toying with copper levels after fresh marine water has been added. If you treat a display tank, I recommend using both a bacterial booster and microbe based cleaner on the tank, to help strengthen the bio-filter and clean out any built up muck, once water conditions return to normal.