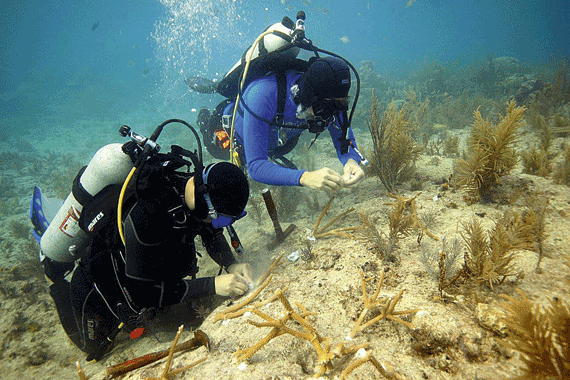 A big congratulations to Ken Nedimyer, who has been named ‘Sea Hero of the Year’ by Scuba Diving and Oris Watches USA. Having had the pleasure of working with Kevin during his appearance on Fish Tank Kings and Fluval’s Coral Restoration Sponsorship, I believe that this award could not have gone to a better person. He has devoted years to promoting the conservation of coral reefs. Starting out his career as a fisherman and collector in the 1980’s, Ken noticed many corals in the Keys were dying. Kens passion became a mission to protect our coral reefs. Eventually Ken started the Coral Restoration Foundation (CRF), a non profit conservation organization dedicated ‘to creating off shore nurseries and restoration programs for threatened coral species’. CRF is the leader in producing Staghorn and Elkhorn Coral. This most recent accolade only adds to his previous awards, which include being named CNN Hero in 2012. Ken is truly an inspiration to us all. MORE