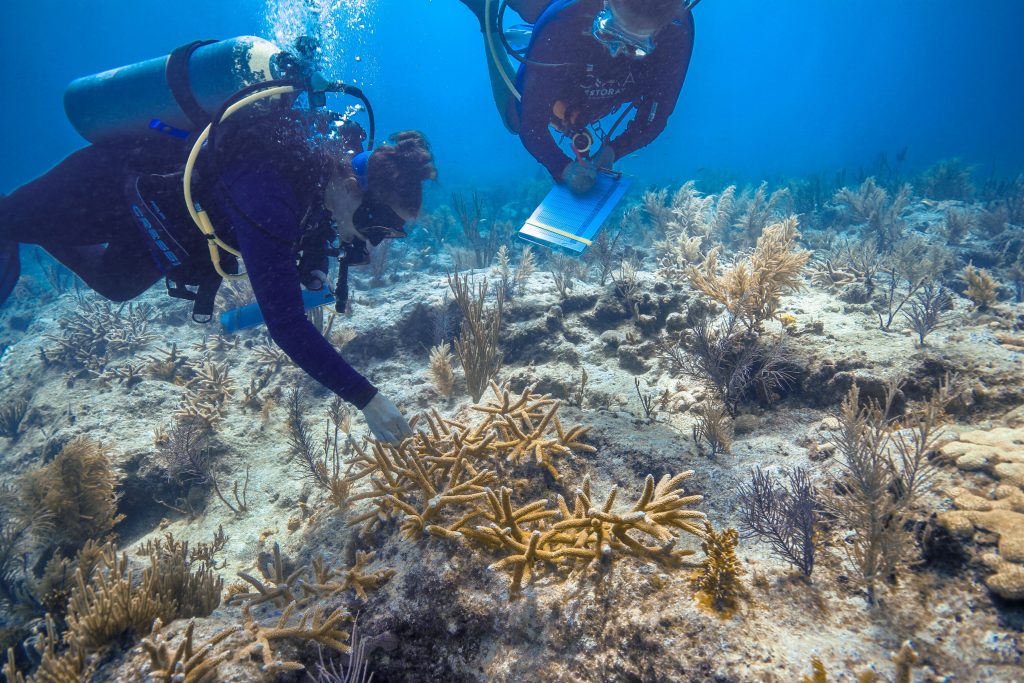 Congratulations to the Coral Restoration Foundation, who has just received a $2.1 million dollar grant from the National Oceanic and Atmospheric Administration (NOAA) to restore eight reefs along the Florida Reef Tract. The grant will be spread out over three years and will be met dollar for dollar by the CRF. This grant will help greatly in the CRF’s work to save our oceans. The details are outlined in the press release:

“Based out of Key Largo, FL, Coral Restoration Foundation operates the world’s largest reef restoration program. With six offshore Coral Nurseries in South Florida housing over 50,000 corals at a time, the foundation uses innovative techniques to grow threatened coral species which are later outplanted on to reefs. Clusters of corals are outplanted strategically to increase the amount of genetic diversity for these once dominant coral species. The grant awarded by NOAA will allow Coral Restoration Foundation to take the next leap in restoration efforts and will contribute to advancing the organization’s overarching goal of saving our world’s oceans. 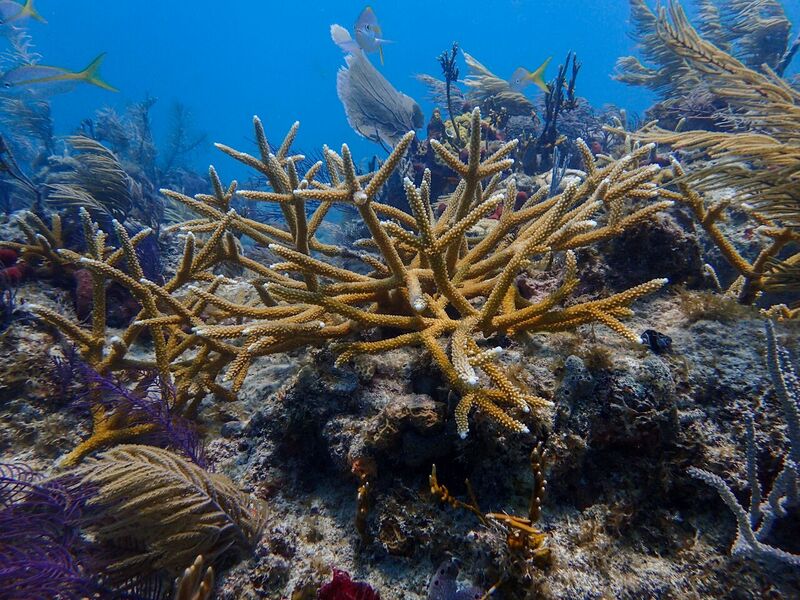 Spanning almost 150 miles along the coast of South Florida and the Florida Keys, the Florida Reef Tract is the third largest barrier reef in the world. Barrier reefs provide habitat for marine life, but are critically important for humans as well. They provide storm and erosion protection for coastal communities, support the tourism industry, create thousands of jobs, and produce food for millions of individuals. Sadly, since the 1970’s, the populations of two key reef building species, staghorn (Acropora cervicornis) and elkhorn (A. palmata), have declined by 92-97% due to various factors. As a result, these species are now listed as threatened under the Endangered Species Act (ESA).

The project’s first year will begin with a Pilot Study involving close to 10,000 corals being outplanted across 20 reefs, including North Carysfort, Molasses, Sombrero, Coffins Patch, American Shoal, and Western Sambo. This followed by monitoring throughout the year will identify eight best suitable reef sites for the remainder of the project and will span the entire Florida Reef Tract from Key West to north of Monroe County. The project will result in over 50,000 previously dominant coral species, elkhorn and staghorn, being outplanted to restoration standards in NOAA’s Acropora Recovery Plan. 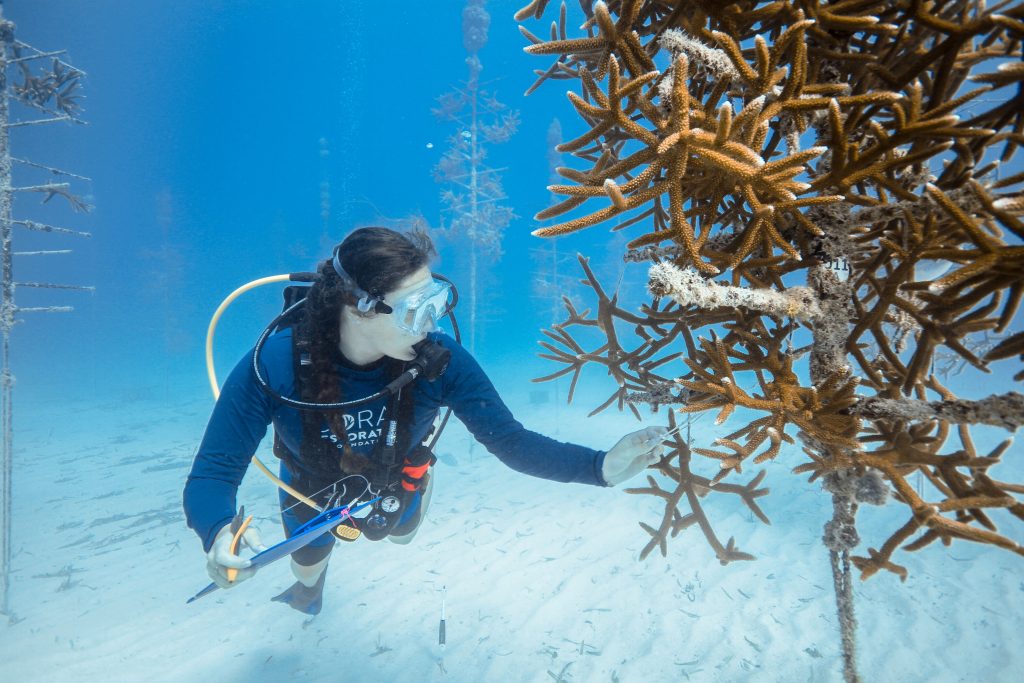 In addition to being a very impressive restoration effort, this project will also result in the creation of a unique scientific data set that researchers can use for years to come.The data collected will provide a greater understanding of coral survivorship and will come from a monitoring program that examines three primary attributes of coral genotypes: growth, condition, and survivability.

Other highlights of the grant include increasing capacity for future outplanting efforts of other ESA Threatened Species. To start, 36 genotypes of each star coral (Orbicella faveolata) and boulder coral (O. annularis) will be built to over 2,000 colonies for various outplanting strategies over the course of the grant. Also, a Citizen Scientist Monitoring Program has been initiated allowing individual snorkelers or divers to contribute to Coral Restoration Foundation’s efforts. Citizen Scientists collect data on previously outplanted coral clusters and submit findings to an online database, adding to the organization’s knowledge of survivorship.

Scott Winters, CEO of Coral Restoration Foundation, says, “NOAA has been an integral piece in our success from the start of our organization and we look forward to continuing our partnership towards the overarching goal of a healthy ocean.”Coral Restoration Foundation is also grateful to the Florida Congressional delegation for supporting funding of NOAA’s Habitat Conservation and Restoration program, which provides vital habitat restoration grants through the Community-based Restoration Program, and is especially thankful to Representative Carlos Curbelo (R-FL) and Senator Bill Nelson (D-FL) for leading the effort to provide appropriations for this important program.

The scale of this project is unprecedented and shines a light not only on the urgency of saving our reefs, but the fact that there is still hope for the future of our oceans. Coral Restoration Foundation believes that large-scale massive action is required to save the world’s coral reefs and that is exactly what they are doing. By scaling current techniques and engaging Citizen Scientists, we can save our oceans.”