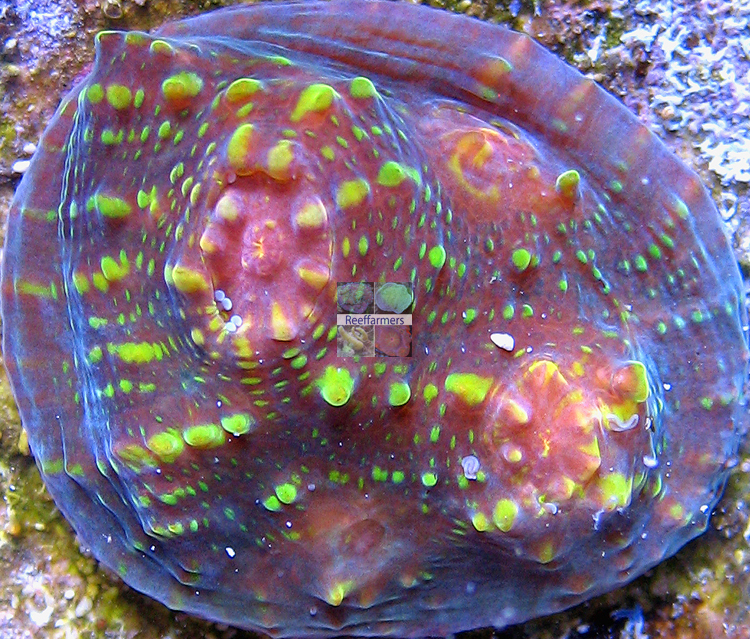 The Atom Smasher Chalice has a crazy pattern of dots that are similar to the patterns seen in the structure of atoms. Rows of dots are also similar to the traces of atomic collisions within particle accelerators. This coral was discovered and named by Hugo of Ghost Corals. The dots on the surface of the Atom Smasher can appear bright green at times, while actually appearing bright yellow at other times. Dots can form rows that extend out to edges where the rows can solidify into lines. The surface of the coral has a base bluish coloration. The corallite centers of the coral are solid pink with bright yellow markings. The polyp mouth is bright yellow. Polyp tentacles contain bright white colored spherical tips. The corallite center is surrounded by a spoked pattern of raised protrusions that are colored bright yellow on their tops.