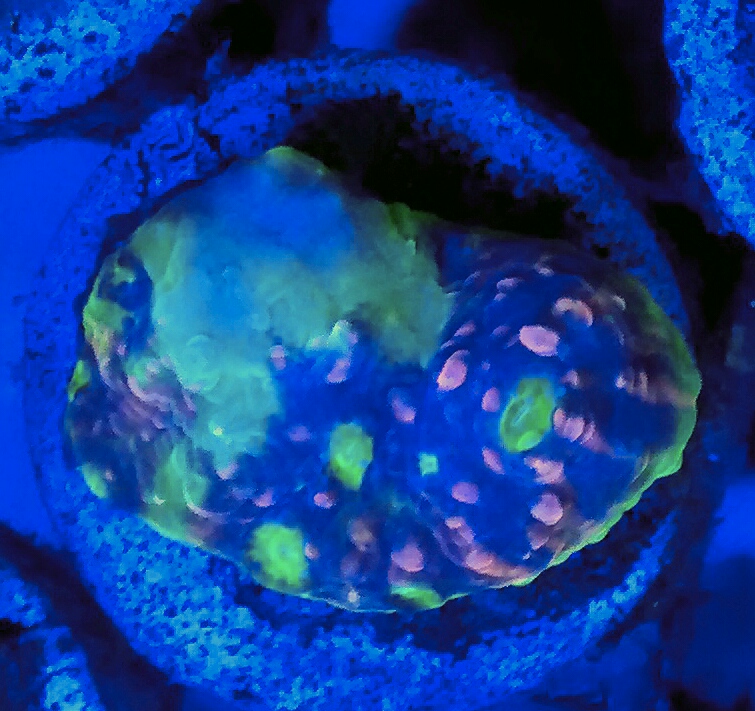 The RK Bubblegum Watermelon chalice is a true watermelon chalice coral. It develops the bright green edges as well as the bright red surface. This is also one of those watermelon corals with a significant amount of yellow pigment. Under blue LEDs the surface of this coral can develop orange pigment areas. The underlying base area is covered with a Bazooka Joe coloration and pattern. The base area also has some pink watermelon characteristics. The mixed morph or chewed up regions were the basis for the Bubblegum Watermelon name. Chris at Reefkoi imported this new watermelon chalice as a whole colony during the summer of 2014. It was originally exported from Indonesia. This chalice prefers weak to moderate light and moderate to weak current. It seems to propagate well and has fully adapted to captivity. Photo courtesy of Reef Farmers.