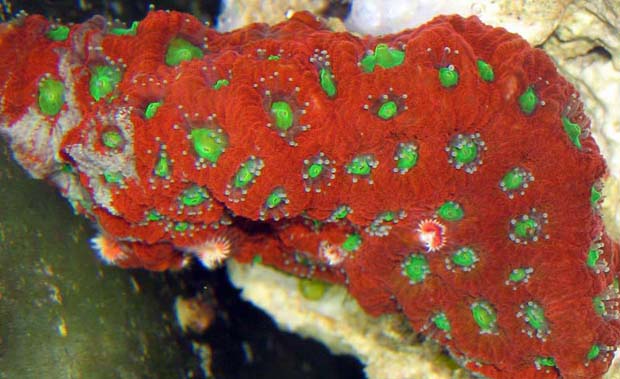 Originally this was a very rare bright red and green Favites pentagona coral that was rarely imported for the captive market. Since then we have seen quite a few imported colonies of this coral. This particular morph has an incredibly dramatic coloration pattern. The main body has a deep red pigmentation that can be described as blood red. Its polyp mouths are brilliant fluorescing green. The intensity of the green and red pigmentation help to give this coral a fascinating coloration combination.