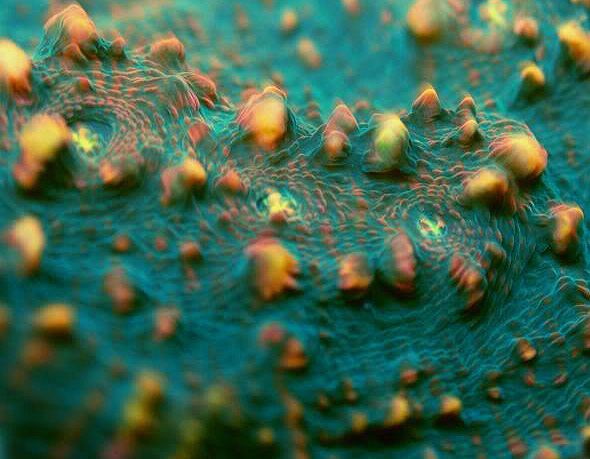 The Warpaint Chalice is an exotic coral with Darth Maul pigment pattern markings. The main surface is an emerald green color that can also darken in certain conditions. The markings are colored orange to yellow orange. Corallites are surrounded with large raised spikes which contain the orange pigment on their upper surfaces. Some fine orange lines can also radiate outward from the corallites. The surface of the coral between the corallites can also contain smaller spikes and they are also colored orange on their upper surfaces. A fluorescent green pigment can occur on the larger spikes. Corallite mouths also contain exotic pigment patterns. The mouth itself is outlined with pigment that varies from green to yellow. Around the mouth are located flower petal like pigment markings. Photo courtesy of Reef Farmers.