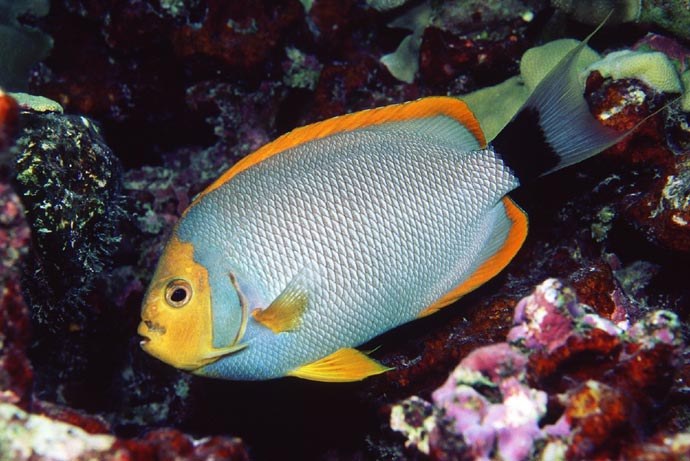 
The Northwestern Hawaiian Islands exhibit will showcase fish and coral from the Papahanaumokuakea Marine National Monument: a United States marine reserve established in 2006, encompassing 140,000 square miles (360,000 km2) including ten islands and atolls of the Northwestern Hawaiian Islands.  The geographically isolated Papahanaumokuakea Marine National Monument is the largest marine reserve in the United States and is home to over 7,000 species, over 1,700 of which are endemic only to these waters.

Some of the rarest marine tropical fish will call the new 4,000 gallon exhibit their home.  Masked Angelfish (Genicanthus personatus), Japanese Pygmy Angelfish (Centropyge interruptus [photo right]), Bandit Angelfish (Apolemichthys arcuatus), Yellow Barbel Goatfish (Parupeneus macronemus), and many other fishes will swim amongst live coral (such as tabling Acropora) and rock.  Visitors will have access to interactive touchscreens to learn about the unique ecosystem of the slightly cooler tropical waters of Northwestern Hawaii.

The Northwestern Hawaiian Islands exhibit’s grand opening and festivities is scheduled for Thursday, Aug. 18, 2011, starting 9:00am.  According to Hawai’i Magazine: