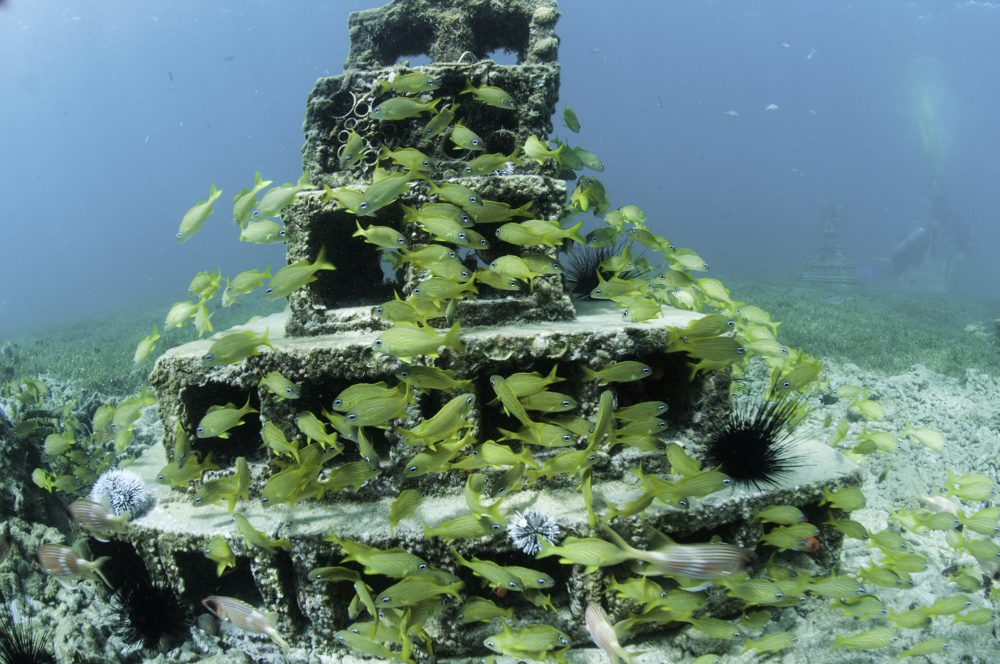 Most readers of this post are likely to be creating artificial reefs of their own, that’s kind of the point I guess.  The thing is though, there are a great number of artificial reefs being created in the wild.  Here’s one of my favorites. 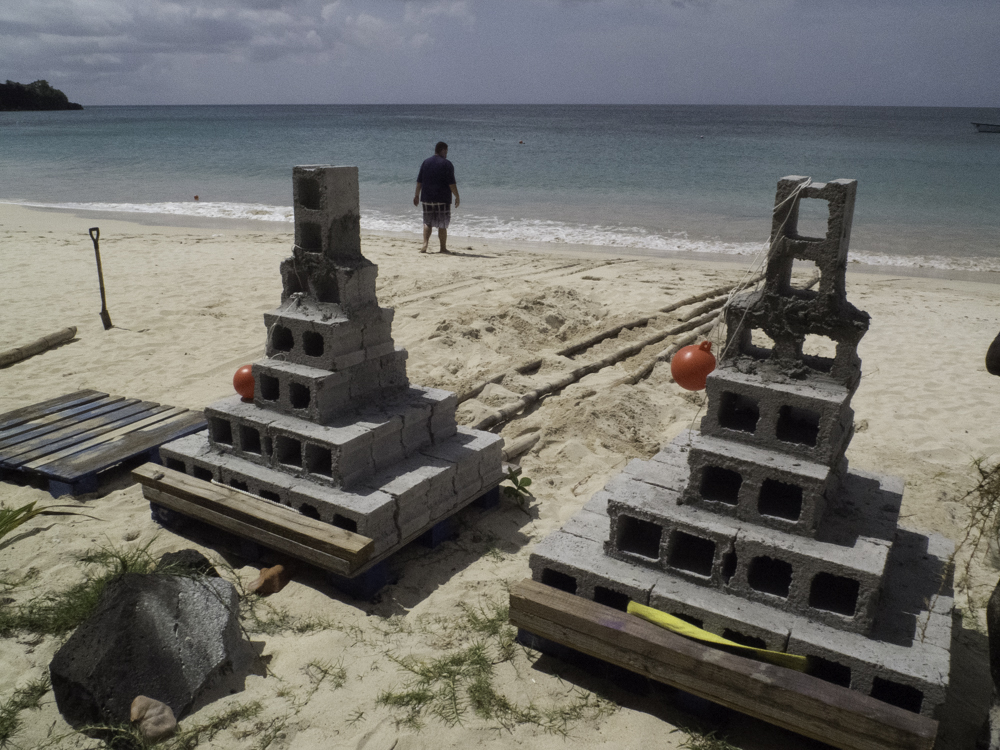 I was lucky enough to visit the Caribbean a few years ago, specifically the gorgeous and friendly island of Grenada, where I dove off the equally gorgeous Grand Anse Bay, with a dive company based locally.  I enjoyed some amazing dives of course, but when I was asked if I wanted to document the addition of a new component in their artificial reef, I had to say ‘yes’! 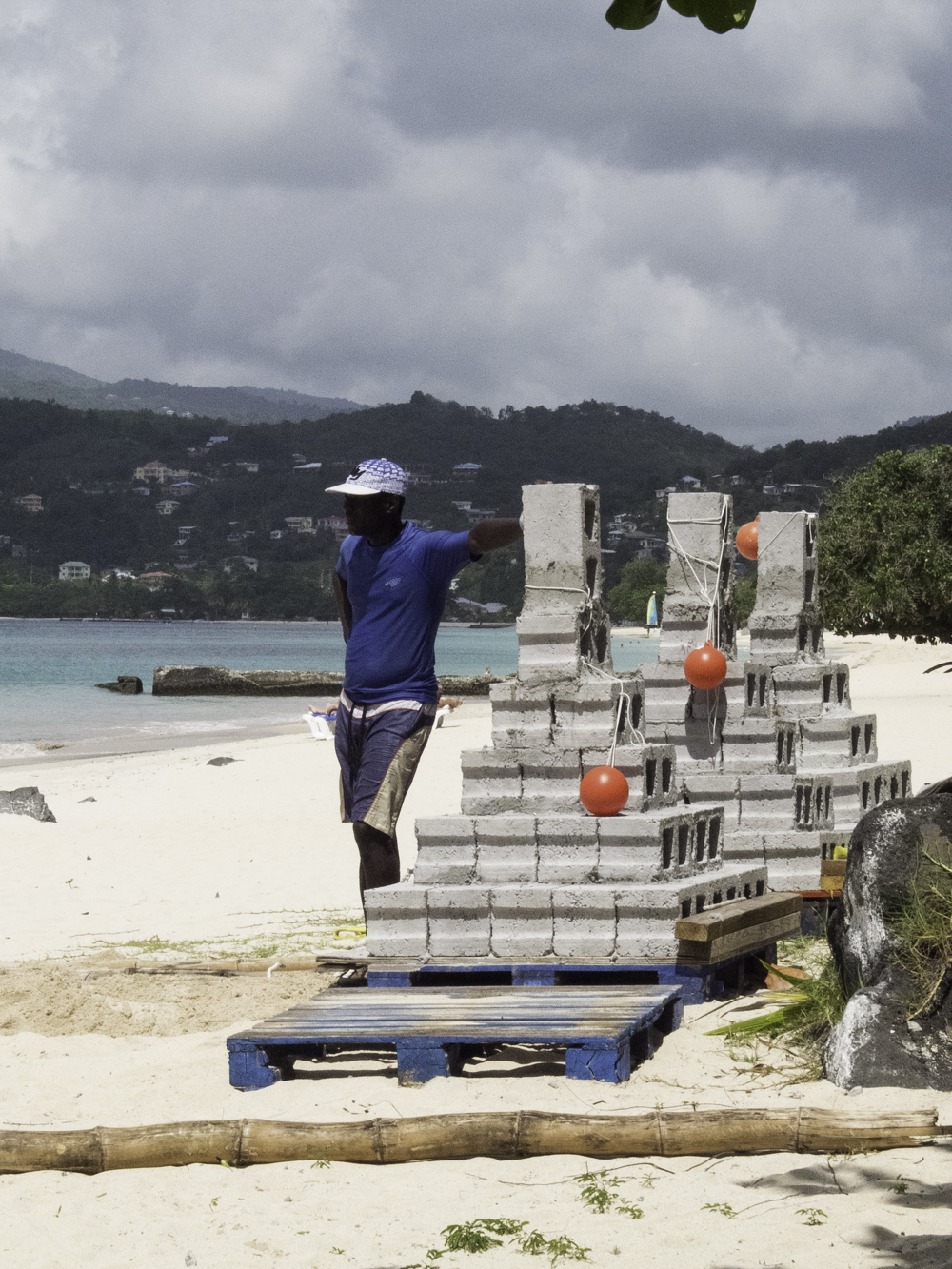 As you can see, the reef pieces are created from concrete construction blocks, cemented together to create a structure with lots of surface area, crevices, and shelter for reef life.  All quite normal of course, but what was strange was their manner of deployment.  The constructions were built on large flat sections of timber which were, in turn, set on bamboo lengths which acted as runners.  yep, these heavy lumps would be dragged down the beach to the water line!  What was even more impressive was the next stage.

Just off shore was the dive center’s speed boat, from which a long rope ran up the beach to the wood under the concreate blocks, which was going to act as a sled.  With a wave, one of the team indicated all was ready and the boat engine kicked into life; within moments the line tightened and the new mini reef was speeding down the beach.  What happened next was quite remarkable.  despite the huge weight, the flat piece of wood started acting like a giant water ski and was bouncing across the water, just the way concrete doesn’t (to steal from Douglas Adams’ Vogon spaceship/brick simile). 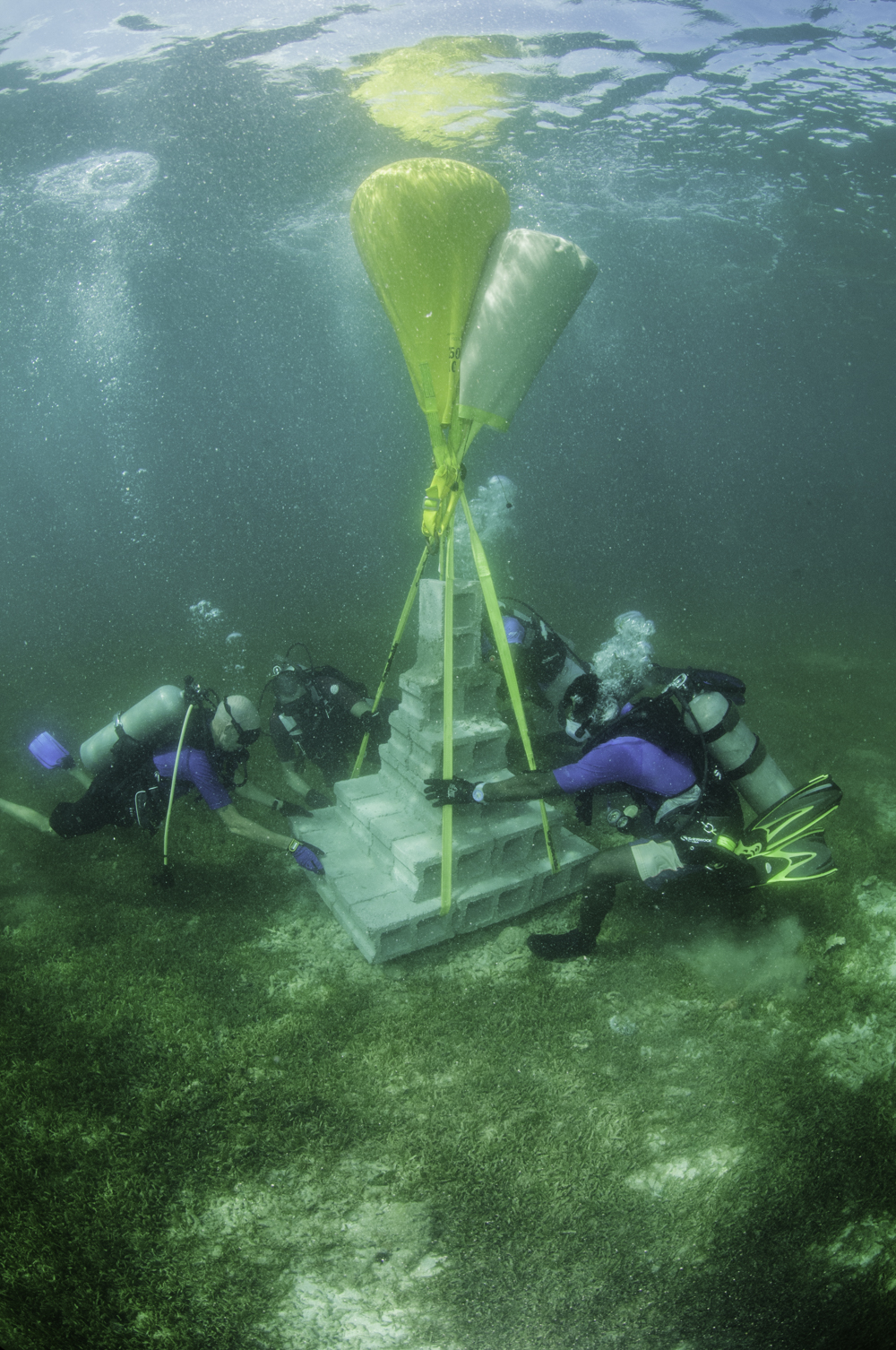 At a prearranged spot the engine was cut and the concrete blocks sank in seconds. The next stage was to see where the structure had landed.  The whole project utilised a flat area of sand with little ecological value.  The newly dropped structure was close to its intended location but needed to be floated, using air bags, and then moved by divers to fit more closely with a series of other mini reefs dropped over the last few years. 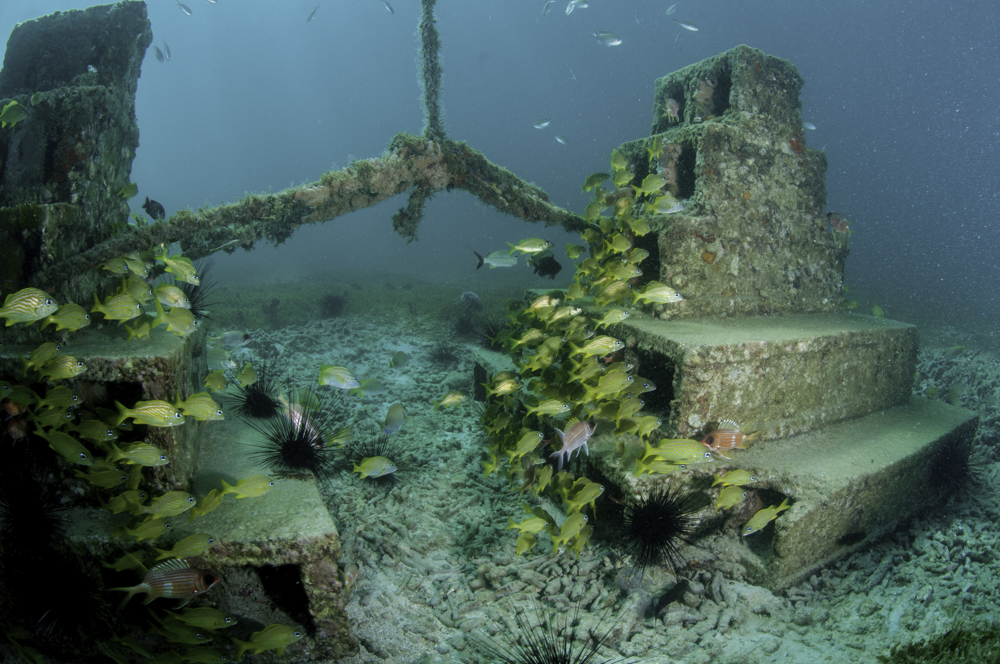 It was quite remarkable, looking at the other structures, to see how they had been colonized by reef life.  From sea urchins to shoals of snapper, these structures were forming a diverse ecosystem in an area of sea with otherwise little value. 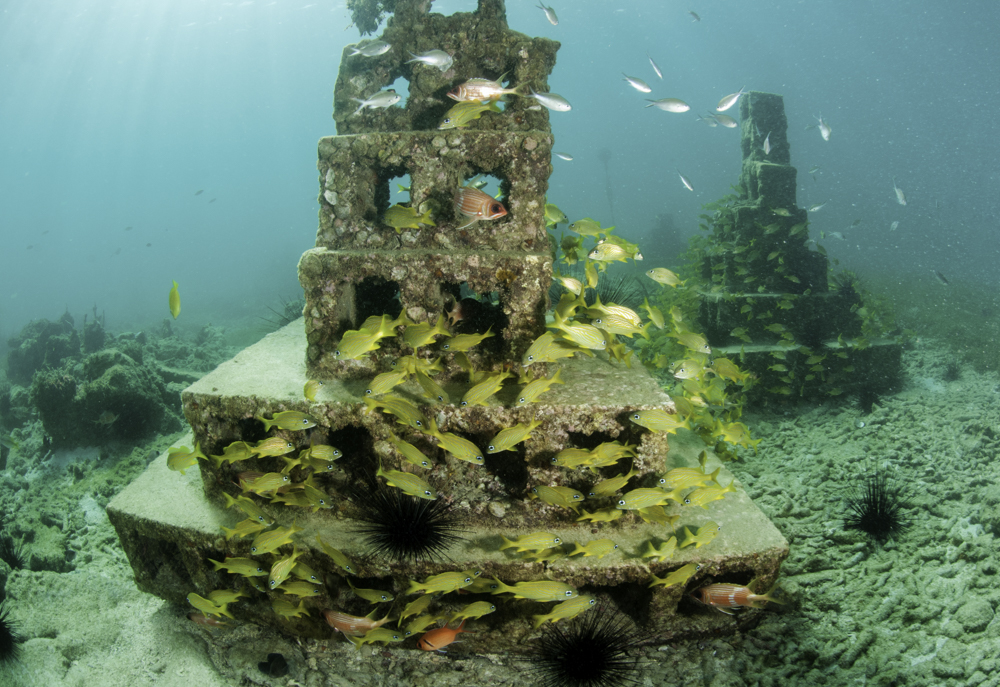