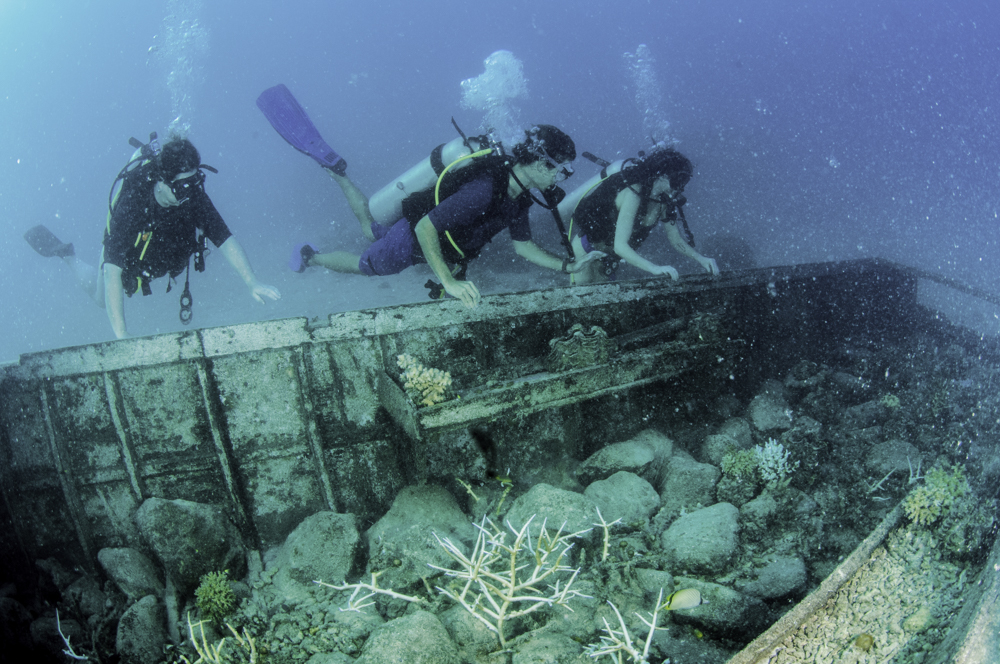 This is the second in a short series of posts that I hope you’ll enjoy which highlights some of the artificial reefs I’ve visited over the past few years. There are many reasons for the creation of artificial reefs, assuming they were created on purpose of course.  We all know that many ships have been sunk, scuttled, run into rocks and generally allowed to lie on the seafloor for reasons entirely separate from the well-being of corals, fish and other associated denizens of the deep.

These posts are entirely about creations, structures, and projects that were intended to have a beneficial impact on the local ecosystem, and for this post I’m sharing some images from the South Pacific of a very small and simple little project run by a small dive center to try to help the local reefs.  I imagine projects like these can also help with diver education as there are an awful lot of folks finning across reefs who have little knowledge of reef biology. 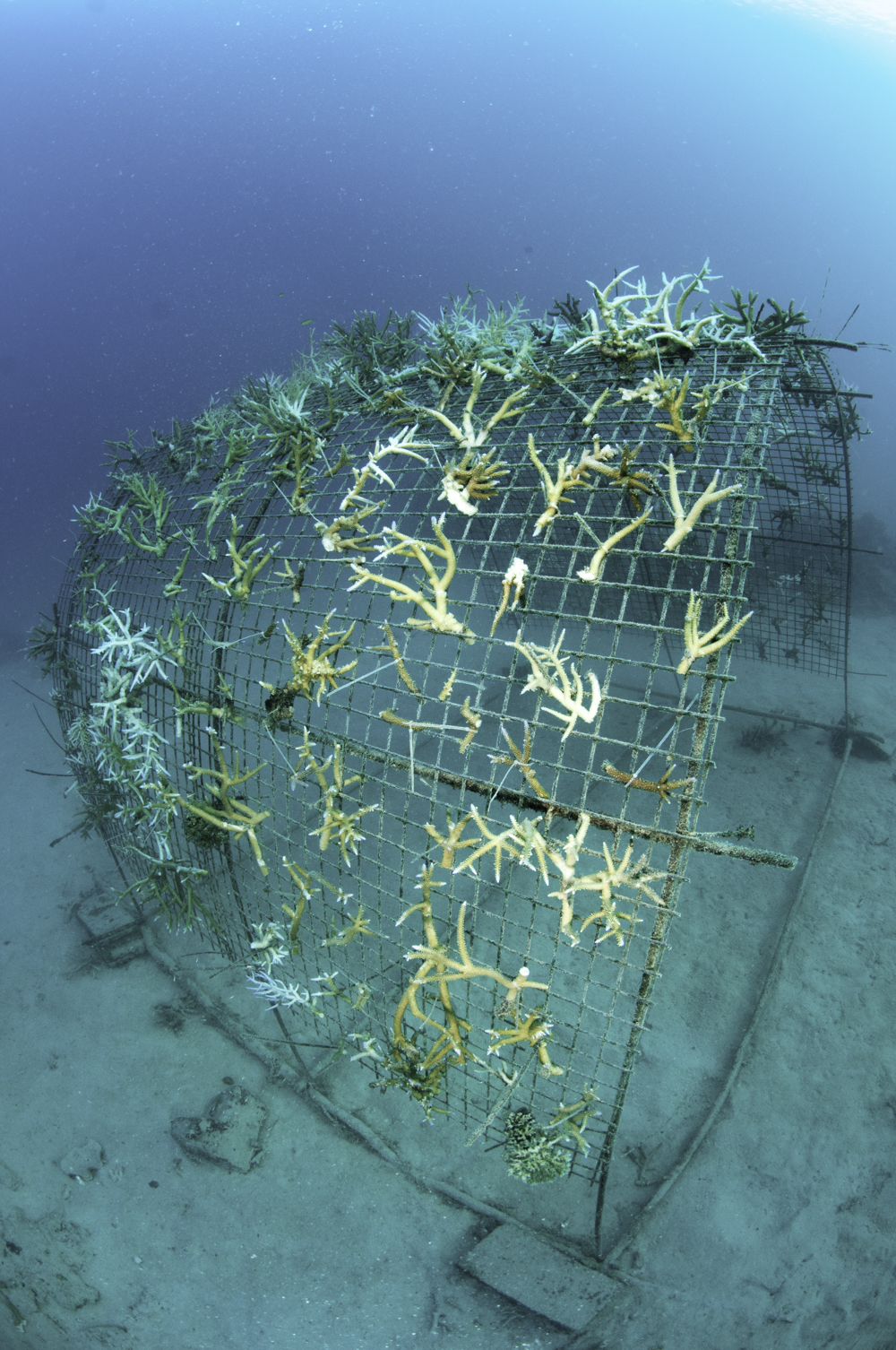 The simplest part of the project was to create a source of corals that could be grown in a sheltered bay, away from damaging storms.  These large frags will become a source of material to transplant out to the reefs in later years.  I should add there was a bleaching event in progress while I was there, so I hope these frags survived.

Another spot close by had been used to sink a small boat which was filled with coral rubble from a construction project to create a shallow reef within a sandy region to increase diversity. 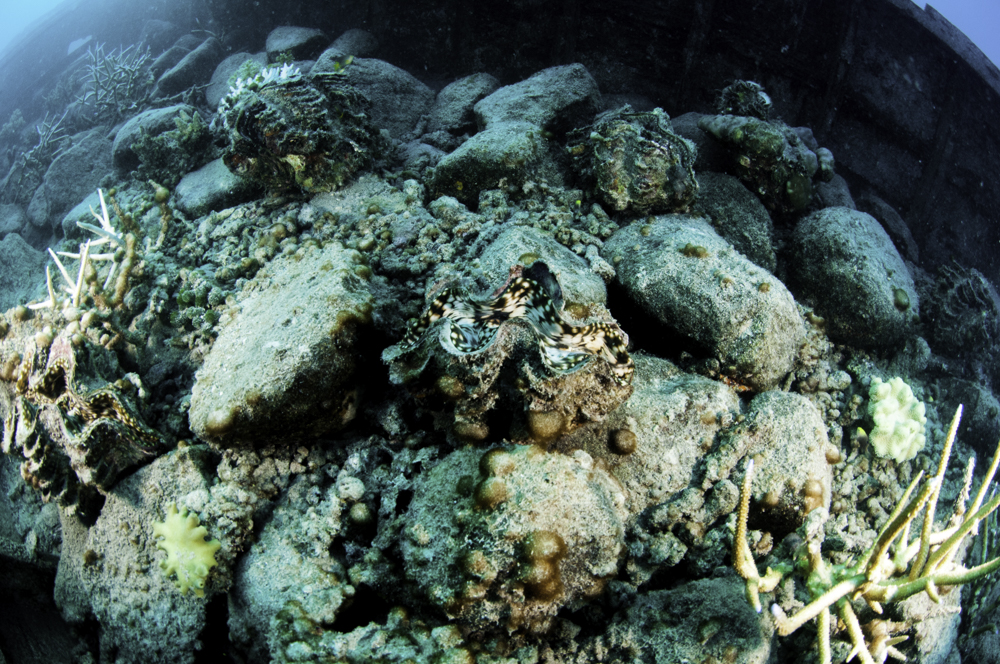 What interested me most though was a cage which contained a number of impressive tridacnids.  It transpired that the team were hoping to create a protected stock of tridacnids to help populate local reefs which were being damaged by Crown-of-Thorns stars, the tridacnids which had been reduced in number by overfishing, would act to help filter out the troublesome sea stars’ larvae.  I can’t comment on whether this would have any impact on Crown-of-Thorns populations, but it was certainly interesting. 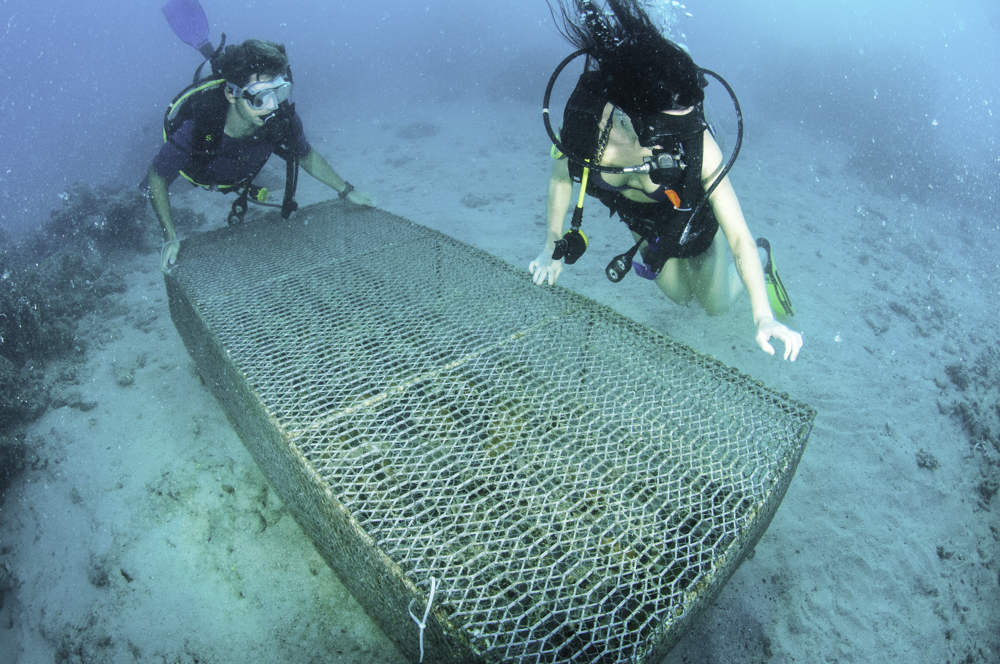 I had assumed that the cage was to protect the clams from human fishermen, but in fact the team had to protect them from the local octopus which would be very happy to help themselves to such a tasty treat. 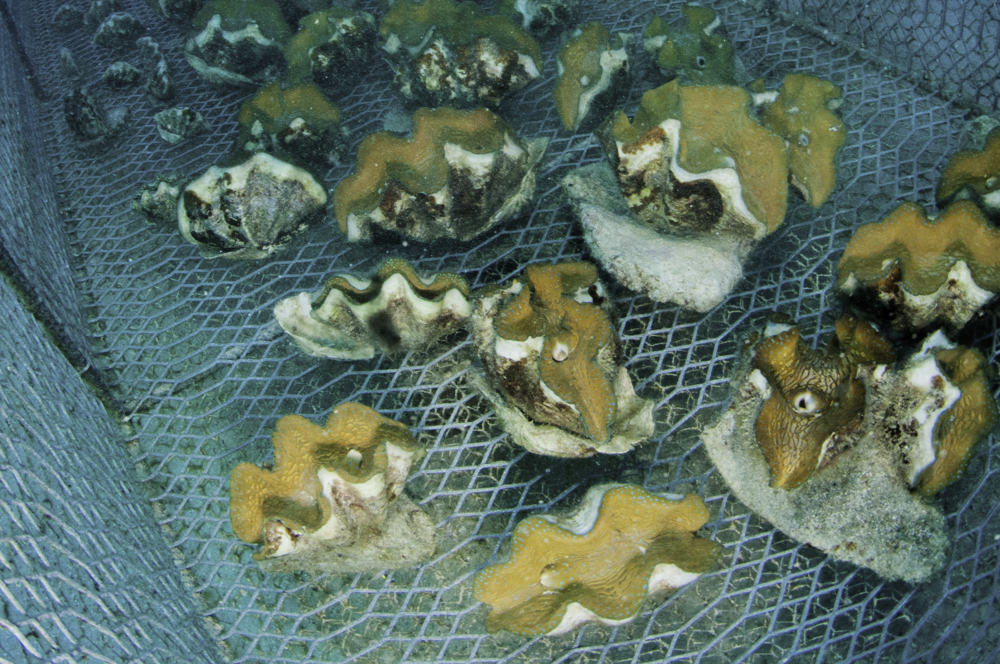