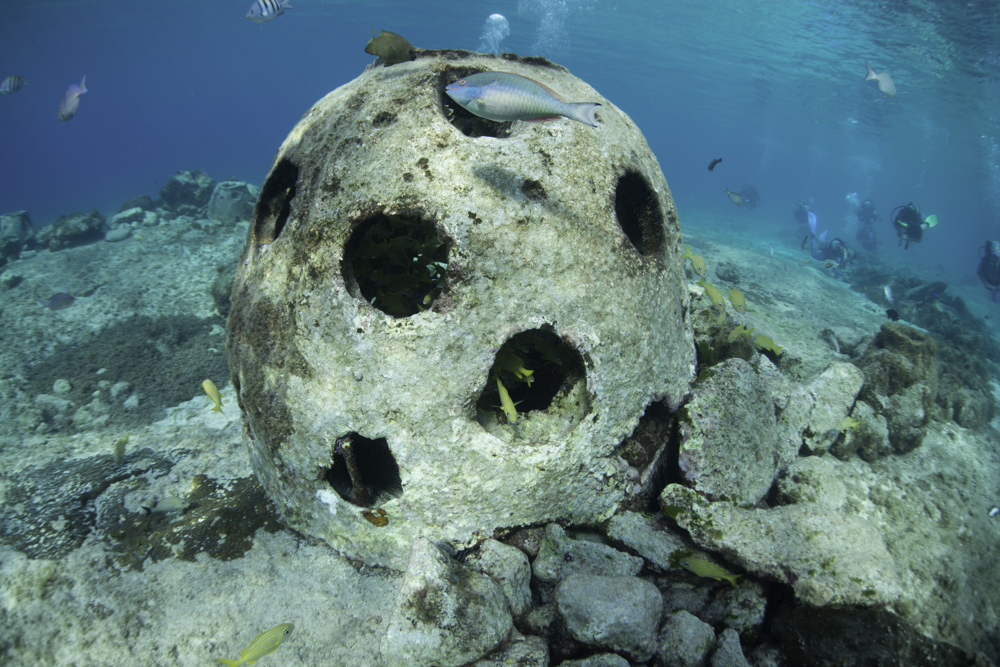 In my third post in this short series I have some images from a dive off the coast of Cozumel, a charming little Mexican island of the Yucatan Peninsula, that has some great diving, but is in my opinion in danger of being swamped by the vast number of tourists that arrive on the huge cruise ships, day after day. However I digress. 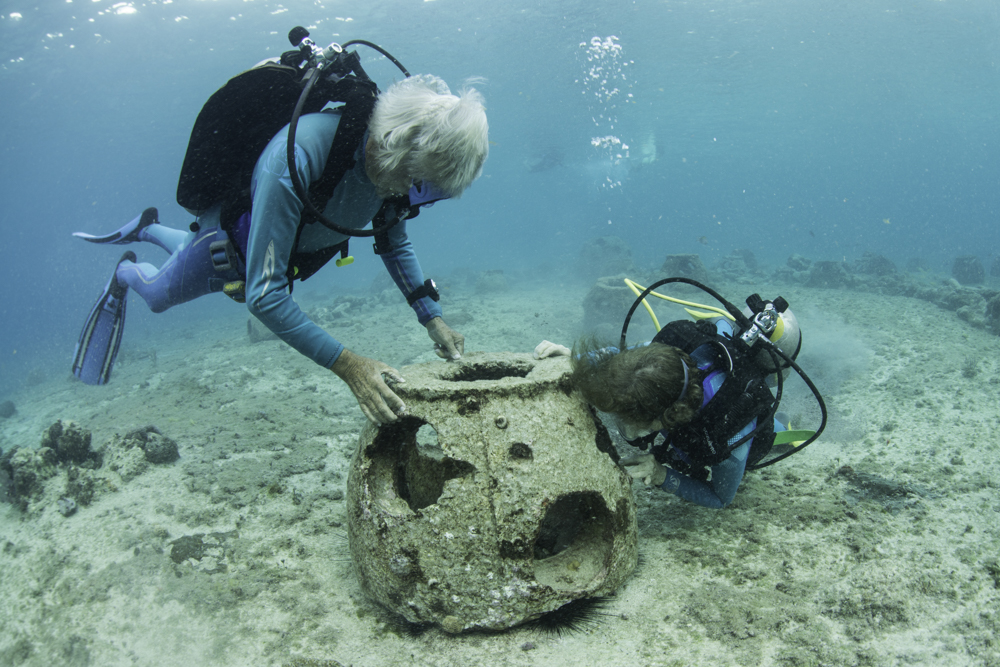 I was invited to Cozumel as part of a scuba diving festival, part of which honored a few heroes of the marine conservation world, including Doctor Sylvia Earle. If you don’t know who she is, have a look online, she’s very inspirational. 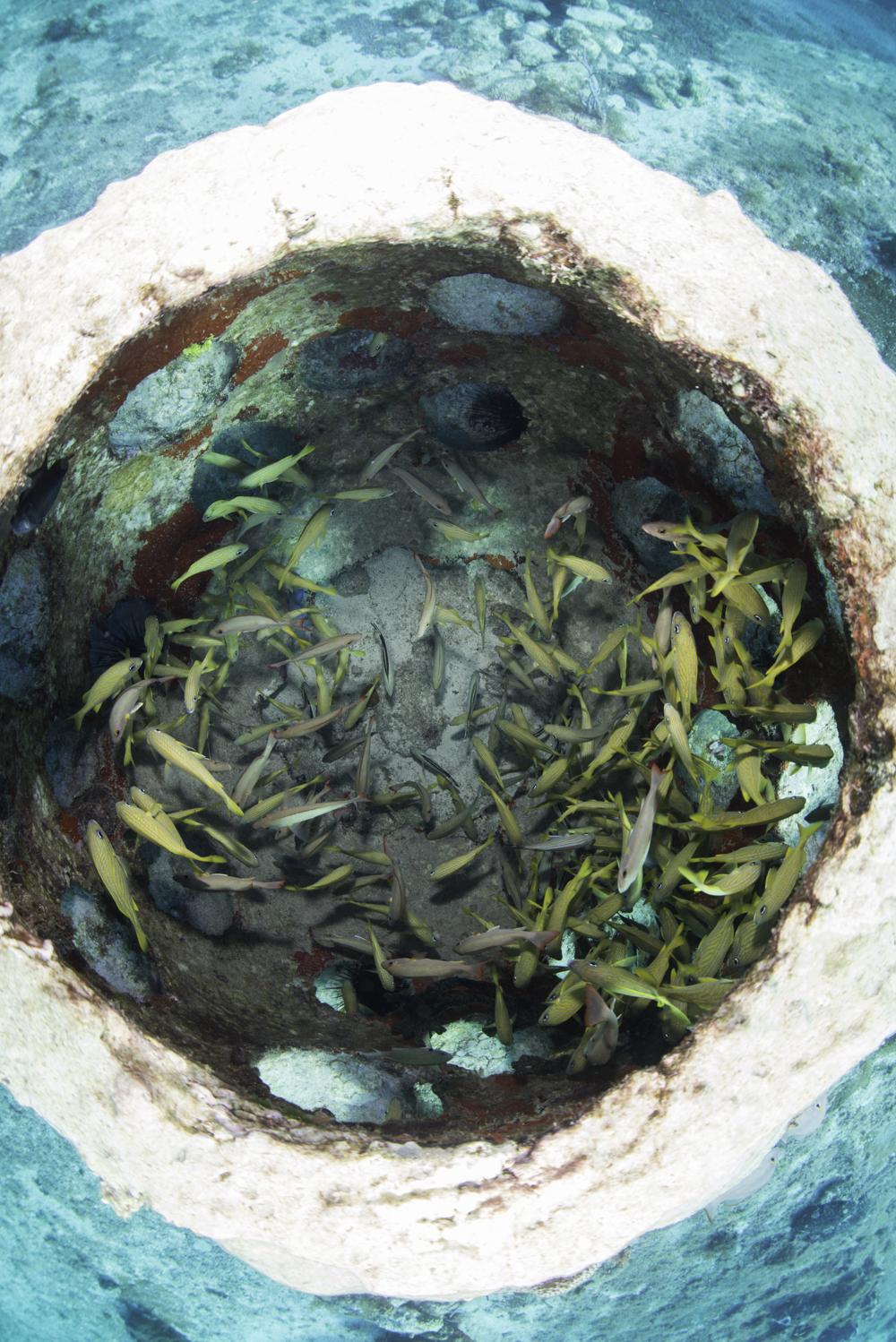 These images were taken at the unveiling of a sculpture of Dr. Earle which happened to be close to one of Jacques Cousteau, who had been honored at a previous festival.  The sculptures formed part of a shallow dive site, very close to the shore, which allowed trainees and novice divers to gain confidence and experience in a safe space, yet at the same time they could see plenty of life, namely in the concrete structures that were dotted around the site. 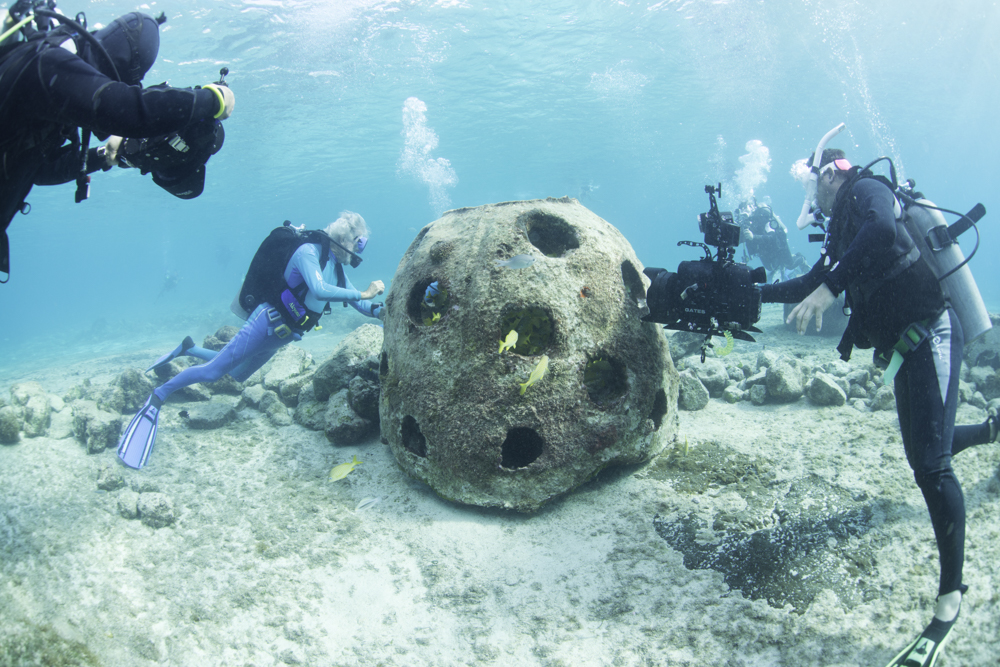 It was quite entertaining to watch shoals of snapper swim from shelter to shelter, and as soon as a diver would approach – in the case of this image Jean Michel Cousteau – the shoal would disappear into the shelter.