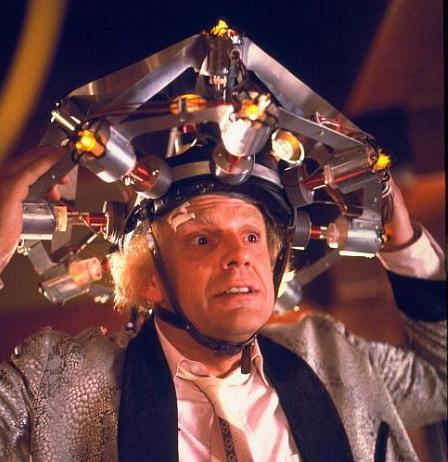 Microchips are used for many things, including tracking animals for security and conservation efforts.  If you have a dog, than odds are you’re no stranger to their use in helping track our pets’ health and/or identity.  Conservation efforts use chips on wild animals to track migration routes, chart territories, and find individuals when necessary.  Oceanic species have been getting tagged for a long time now so it was only a matter of time before technology allowed us to chip their captive brethren without them having to swim around with a “Doc Brown” style helmet.

The technology was first developed at Underwater World in Singapore for the purpose of tracking basic information about the fish.  Jeffrey Mahon, director of exhibits and animal husbandry at the Virginia Aquarium, helped develop the technology during his previous work at Underwater World.  The chips Jeffrey uses at the aquarium now resemble the units he helped create in Singapore but have been altered slightly.  The new units allow the fish to communicate with guests through a console outside their display (Sort of. Would you really want to know what your fish had to say about you? Think of everything you have done in front of your tank…).  In reality, the chips have been modified to transmit a stronger signal through the water to reach an antenna attached to a display console.  As fish pass within range of the antenna, information about the specific species is displayed on the screen for visitors to see.  Currently, the display offers specifics about the species as well as the individual fish, including their nickname and some information about where and when they were collected.

Prior to this new breakthrough in RFID chips, fish would have to be removed from their aquarium in order to be scanned for the information held in their chips.  RFID isn’t new but with the debut of the “Fish and Chips” exhibit at the Virginia Aquarium I’m sure we’ll be seeing a lot of new and interesting applications as it applies to our aquatic wards.