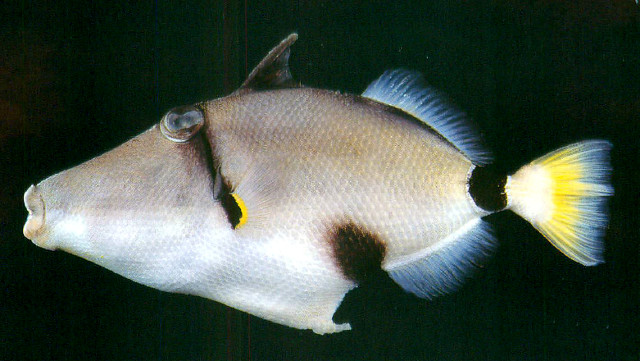 As best I can tell, only four specimens of Rhinecanthus abyssus have ever been documented, and none has ever been collected for the aquarium trade. This enigmatic fish is without a doubt the most rarely seen species of triggerfish… the ultimate balistid “book fish”. It’s a veritable spectre haunting the mesophotic reefs of the Pacific, and a fish so rare that it has never been given a common name. So I’ll just coin one for it right now—the Deepwater Triggerfish. 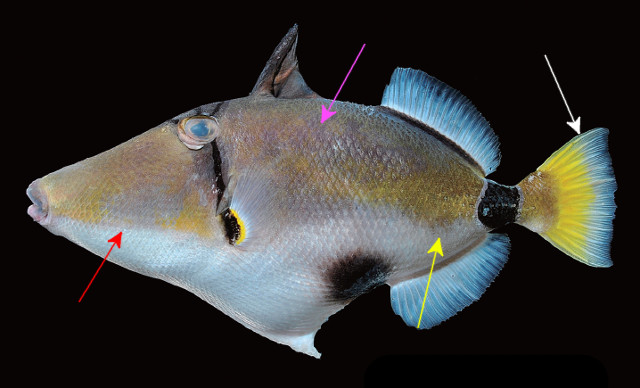 It was first discovered in 1986, when a single male specimen, measuring just over six inches, was pulled up on a hook and line from the Ryukyu Islands of Japan at a depth of 150 meters. Three years later, another male and female were collected at a similar depth from the same locality, which led to the scientific description by Matsuura & Shiobara later that year. This was a truly astounding discovery, especially for having been found in Japanese waters, one of the most well-studied and heavily fishes regions in the world. Since then, the only other specimen which has surfaced came in 2011, when a fisherman from the northern tip of Sulawesi happened upon one at a depth of at least 75 meters. 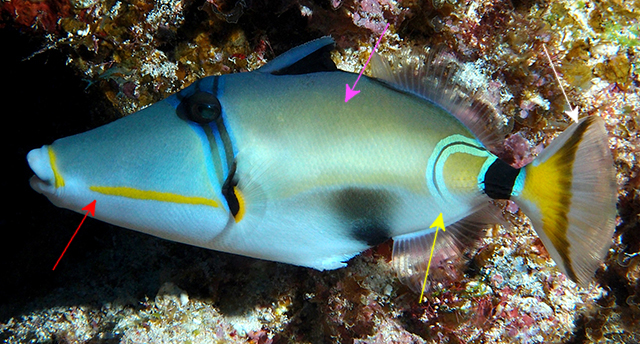 In appearance, R. abyssus is a dead ringer for two of the rarest and most expensive triggerfishes in the aquarium trade: the Mauritius Triggerfish R. cinereus and the Halfmoon Triggerfish R. lunula. All three share an unusually elongated shape to the body which makes the head appear disproportionately large, but subtle nuances of their color patterning allow for easy identification. The “halfmoon” alluded to in the common and scientific names of R. lunula is in reference to the prominent arced line present on the caudal peduncle, a feature shared with its apparent sister species, R. cinereus, but absent from R. abyssus. 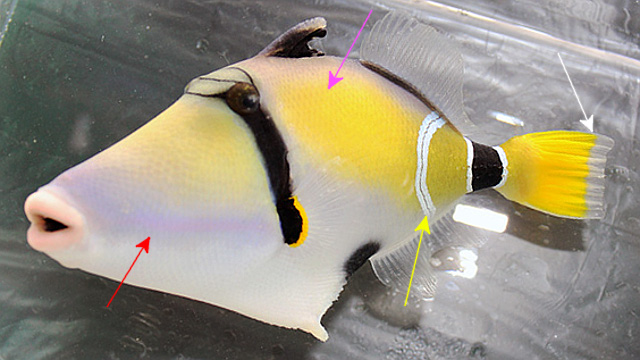 Both R. lunula and R. cinereus are occasionally exported for the aquarium trade, though at a very steep price. The more common of the two is probably R. lunula, a species which ranges widely throughout the South Pacific, from Australia to Pitcairn. The Mauritius Triggerfish, true to its name, is found at the Indian Ocean island of Mauritius, but also at neighboring Réunion and to the north at the Maldives. Both species occur in relatively shallow waters of 10-30 meters, but their preference for the steep outer reef slopes of oceanic islands puts a severe restriction on habitat availability, and even in their preferred niche they are generally reported as uncommon.

It’s curious that R. abyssus should so clearly favor deep, mesophotic reefs when its closest relatives occur in the shallows. There are plenty of oceanic dropoffs in the North Pacific where it could conceivably occur more shallowly if it chose to, but, instead, this enigmatic species has cloistered itself below 100 meters. Given the considerable difference in its ecology, this could suggest that, rather than being a third allopatric species in this group, the Deepwater Triggerfish might actually represent a distinct lineage which may or may not be a close relative of R. lunula and R. cinereus. Having only been found in the Ryukyu Islands and Sulawesi, it’s possible that this species is a Coral Triangle endemic, rather than a more widespread species in the West Pacific, but answers to this biogeographic mystery will have to await further exploration of the mesophotic realm. Aquarium collectors are increasingly venturing into these deep waters with the help of rebreather technology, and it may only be a matter of time until a specimen is at last brought up from the deep and made available to aquarists. I shudder to think of the price tag.