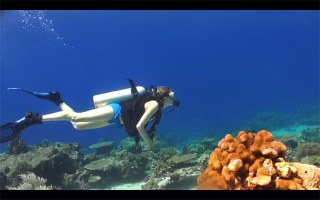 Timor-Leste is sovereign state in Southeast Asia on the southern fringe of the Coral Triangle (just north of Australia).  Since the 1970s, the people of Timor-Leste have endured civil wars and the struggle for independence from Indonesia.  It is because of these ongoing human conflicts that the natural resources of this under-developed/unindustrialized are so pristine, and also why so few outsiders have experienced the treasure that is East Timor’s coral reefs.

We’ve seen a lot of reefs in Advanced Aquarist’s Destination Series, so it means something when we say the reefs or East Timor really are one of (if not the) most amazing we’ve seen.  The diversity and density of healthy reef life is simply breath-taking.

And here is a second video showcasing the beauty found in East Timor … and the coral reefs aren’t too shabby either 😉  Be on the look out for Naso Tang kabob.  Producer/Presenter: Caroline Pemberton