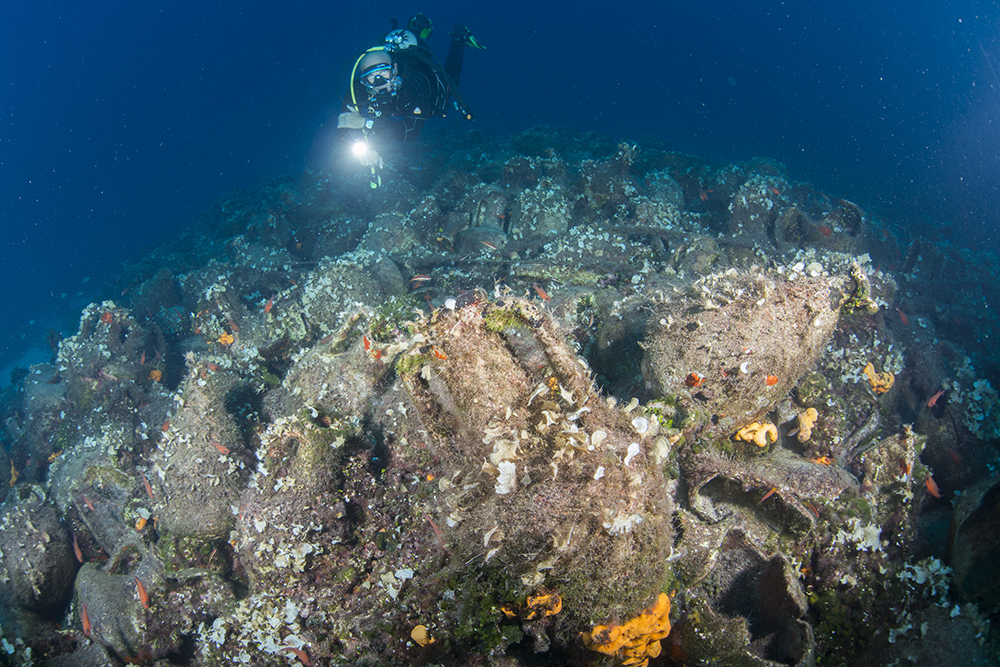 I first dived the Peristera wreck, as it is known, a few years back, before it was advertised as a dive site that was open to wider diving community.  I have to say, it was a truly awesome experience.

The small islet of Peristera sits off the coast of Alonissos, a charming island in the Greek Sporades.  Investigations of the wreck in the early 1990s revealed an estimated three to four thousand amphorae, likely carrying wine, and a host of other artifacts from cups to bronze items. 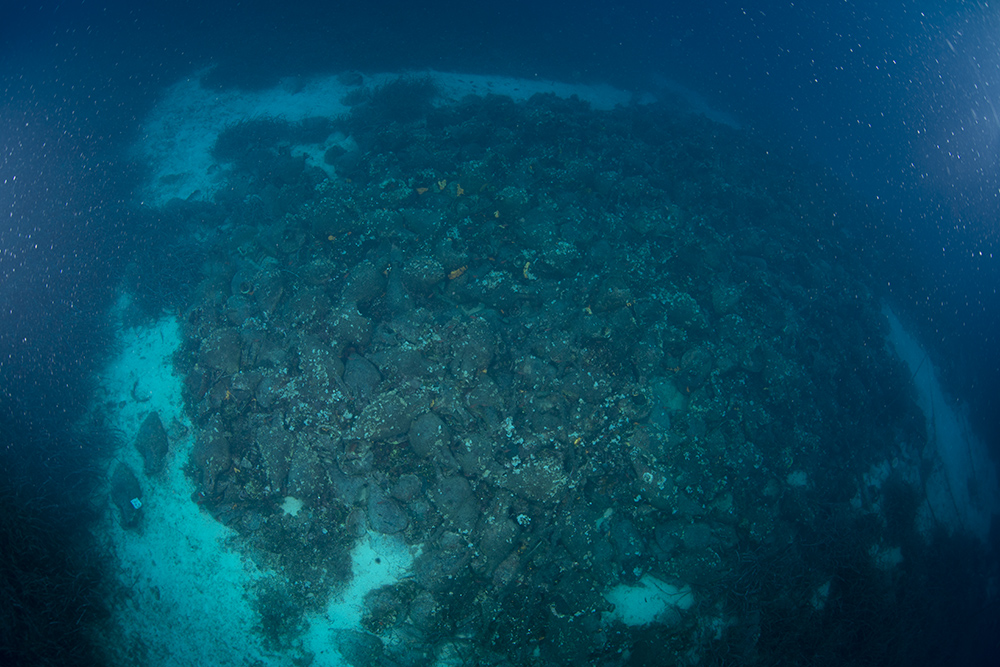 Today the amphorae are in a ship-shaped mound very much as they would have been when the boat sank and came to rest at thirty odd meters down, on the sea floor.  From above you can make out the outline of the ship, which would have been 25 to 30 meters long, making it one of the largest wrecks so far found from the Classical period. 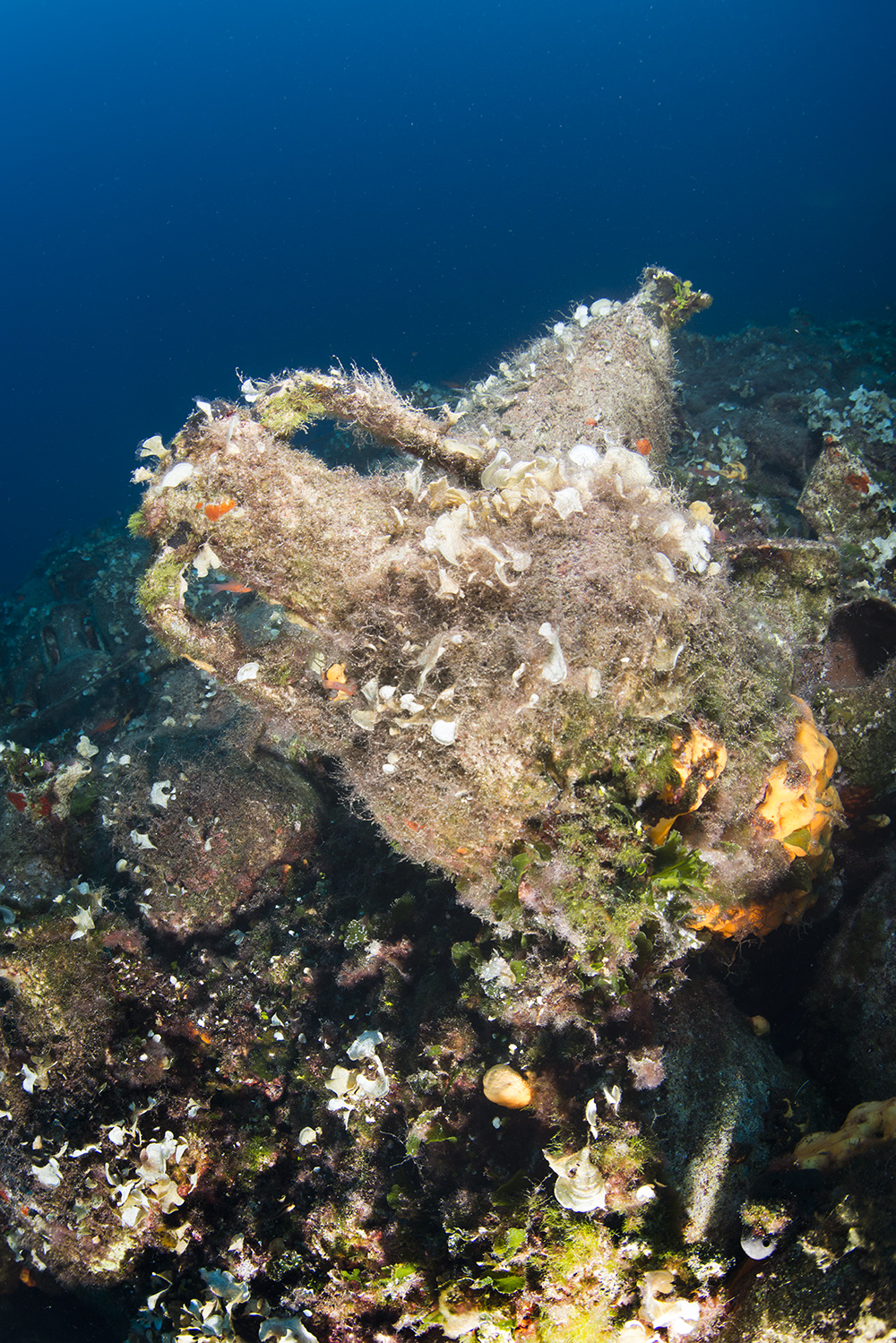 Analysis of the amphorae showed they dated from the top of the fifth century BCE, making this not only one of the largest but one of the oldest wrecks in the Med.  The wreck now forms part of a protected Marine Park and I hope divers visiting it are well-trained to not cause any damage.

As you can see from the images, the amphorae are covered in life.  Even at this depth there are some interesting tufts of green algae growing amidst the ubiquitous Pavona, that calcareous white shell-like stuff that covers much of the Mediterranean. 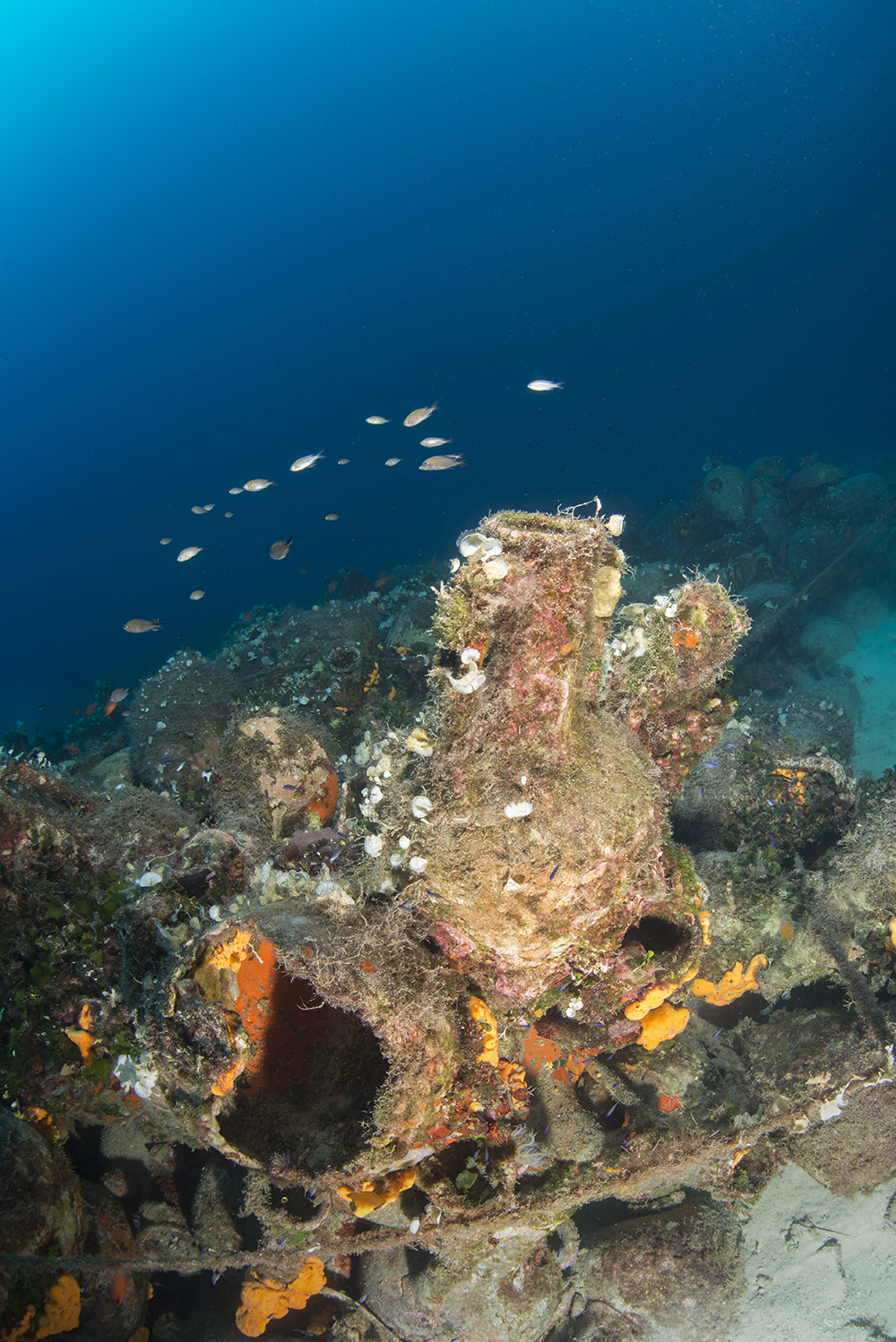 In terms of fish life, as you can imagine, a complex environment with lots of holes and crevices offers plenty of opportunities for life to prosper.  Small morays were common, as were triplefins, which seem to be at the rate of one per meter. 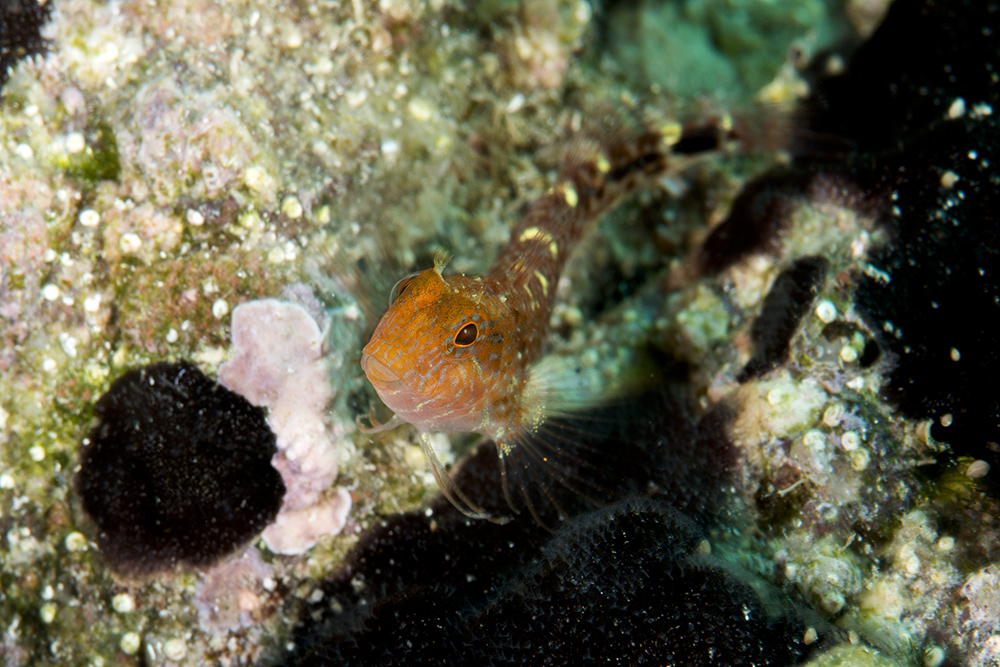 As ever with the Med, damselfish are frequent.  You can see the slight violet streaks of the juveniles (close up below) on some of these images whilst the adults hover overhead. 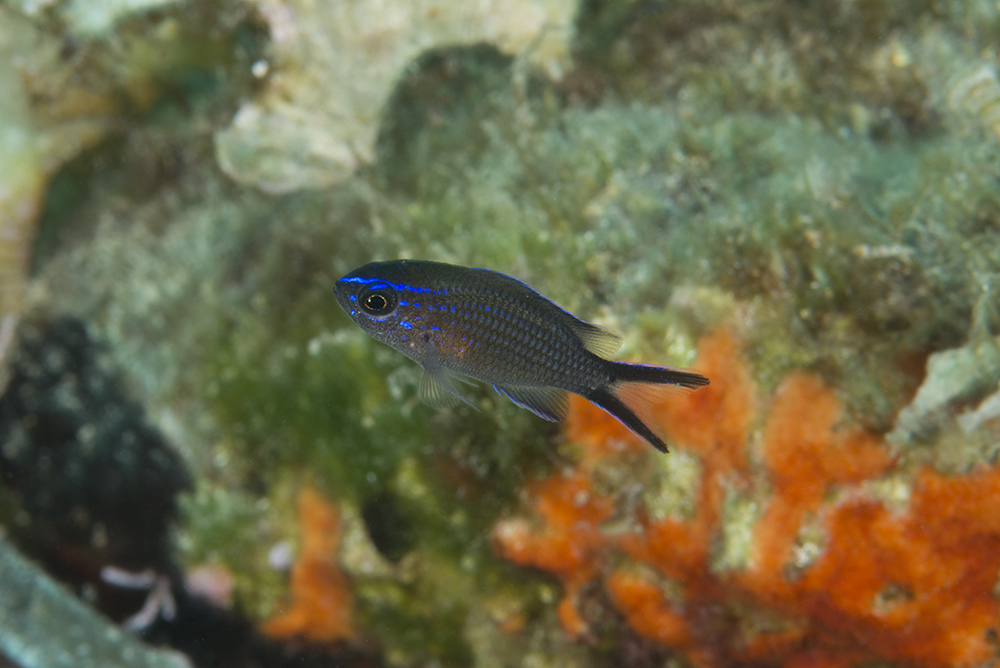