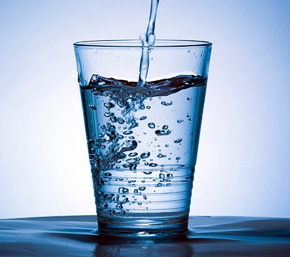 Update: After reviewing the material I used to write this article, I contacted none other than infamous reef chemist Randy Holmes Farley. According to Randy, this is the nature of water memory:

Water does have a clear structure of hydrogen bonded networks.

Hydrogen bonds are bonds between the hydrogen atom of one water molecule and the oxygen atom of a second one. They can form rings and all sorts of extended structures. These bonds are incredibly important, making water denser than it otherwise would be by pulling water molecules together. They are also why ice floats.

BUT, such hydrogen bonds only last for about 0.00000000001 seconds before breaking and then reforming to the same or a different water molecule.

Consequently, any memory in pure water can only last for a very tiny fraction of a second.

In 1988 French immunologist Jacques Benveniste published a study in Nature magazine, stating that he and his team had learned that water had a memory. What did this mean? During the study, Benveniste diluted antigens to such a level, that by all accounts no physical traces of the antigens were still present in water. Yet, when the diluted water was injected onto a bacteria the antigen would destroy, to Benveniste’s shock, the bacteria was assimilated, just as if hit with the original antigen. Did this mean that water could remember the chemical structure of everything that entered it? If it did, could water be used to treat illness or correct elemental shortcomings, much like a phone line transmits voice data? In ancient accounts it was noted that water from silver vessels was often used to heal wounds or treat illness. Was this evidence of water memory?

Since Benveniste’s original findings, many scientists and organizations have tried to replicate his experiment’s outcomes. Nature magazine, who originally published the water memory paper, later failed at replicating the original experiment’s results. Although, in recent years, using cutting edge microscopes to view water, scientists are learning that the core of Benveniste’s 1988 experiment may suggest that water does in fact have a memory.

The idea behind water memory: 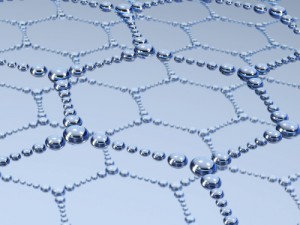 The idea that water functions much like a data line or even as a conduit of communication for molecular structures seems like science-fiction. The theory goes as far as to suggest that an antigen could be placed in water, diluted and then transformed into electrical energy and transmitted, allowing a replication of the antigen to be created in water thousands of miles away. While mainstream science ignores water memory, pockets of scientists continue to study it.

Not long ago, Oasis Nature chronicled a Dutch lab, using high tech electron microscopes to look at the structure of water. What they found was revolutionary, in that water from different “batches” had a unique structure, similar to the way no two snowflakes are alike. Even more shocking, if a flower, element or substance was placed in the water, the water structure changed, even after dilution. This suggested that the water retained a memory of anything that entered it.

One of the researchers explained it like this. If water is flowing down a river, water at the mouth of the river has a vast memory of everything that it passed over or any element that entered it. This would mean that water at the mouth would potentially be more beneficial to someone drinking it. The water could carry memory of any helpful substance that it passed over, while water from the river’s source may have a blank memory.

If the idea behind water memory is true, it would mean that oceans, rivers and lakes serve as a giant global network of recorded data. The water around a coral reef could contain millions, if not billions of years of memory, the chemical and elemental structure of everything ever to exist on planet Earth. If this is true, perhaps it could explain many of the black holes in data, surrounding the rise of life on our planet.

For coral reef aquarists, could it mean that if water is taken from a thriving wild reef, or a successful reef aquarium and placed in a new aquarium, the “memories” within that water would help ignite the ecology of the new tank? Perhaps the water would retain the memory of all the compounds needed for marine life to flourish, passing it around just as the internet shares digital data. Or perhaps more exciting, could manipulating the molecular structure of water have successful outcomes in our never ending attempt at creating the ideal habitat for marine life?

The case against water memory:

If the theory behind water memory were true, it would make life for aquarists far easier. For example, say that you were dealing with an external parasite in a reef tank. We all know that a substance like copper is deadly for invertebrates. If water memory was a reality, then copper could be added to seawater, which would then be diluted to the point that no copper concentration could be detected. This diluted water could be added directly to the reef tank, since it didn’t actually contain copper any longer. Yet the water would remember the structure of the copper, transmitting that onto the parasite and killing it. Your invertebrates would be safe, as no actual copper was present in the water. While we would assume if this was a known scientific fact, it would be commonly used in aquariums, there is no evidence of such an experiment ever being conducted, let alone conducted successfully. Furthermore water memory could revolutionize the treatment of disease, meaning that powerful antibiotics, antigens, disinfectants, etc – could easily and cheaply be transmitted via water. Some proponents of water memory believe it is purposefully neglected by modern medicine, because it would create such an easy and inexpensive way of treating illness. Others suggest that throughout history, ancient people on up to modern day governments have been using water memory secretly, to their own advantage. While interesting, most of these ideas are grouped in among conspiracy theories.

Considering all the filtration options that have been studied, re-studied and analyzed, it’s hard to think something like water memory would have slipped through the cracks. Yet, even today, it’s hard for scientists to explain why, in multiple trials water shows the ability to retain a memory of everything that surrounds it.

To an extent, we know that water is unique. For example, while water from around a coral reef may look at face value the same as water from the Amazon, within it are a host of elemental differences. Reef water has a high value of calcium carbonate, salt and percentage of hydrogen (ph). Water from the Amazon has a much lower percent of hydrogen, less dissolved oxygen and is nearly calcium carbonate free. These are chemical properties well understood to modern science, and easily tested by average home aquarists.

Shortcomings in science’s understanding of water: 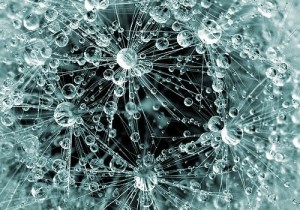 Still, water stands in total contrast to modern physics. Why is water the only liquid that can exist in three forms: liquid, gaseous and solid? Given Earth’s gravity, why is water able to rise and create pressure under extreme circumstances? Why does water have the highest surface tension of any liquid on the planet? Perhaps the most perplexing, why does water appear to be the one element required for the proliferation of life? Other experiments conducted around the world, suggest that water receives and interprets any instance that occurs in the space that surrounds it, much like a hard disk drive records data changes to a computer. Science has placed an emphasis on the chemical composition of water, which in most cases remains the same, h20.

Some scientists argue that it’s not the chemical composition of water that is important to explaining water memory, but the structure of water, how its molecules are organized. Within water are various structures, differently arranged molecules called clusters. Scientists who support the theory of water memory suggest that these clusters work much like memory cells. It’s through these molecular clusters that water retains a memory of everything it has come into contact with, acting like a piece of magnetic tape. Is the molecular structure the alphabet of water, something which could be used to make sentences which communicate the water’s history?

While human beings often do not detect any difference between naturally purified water and chemically purified water, experiments have shown that animals will often always choose water from a spring, because the water is loaded with natural energies, memories in the form of molecular structure. I tried this with my two dogs, offering them bottled water with a standard of pure (which according to water memory proponents is “dead” water free of molecular memories) and water from the spring flowing through my parent’s farm. Both my dogs ignored the bottled water, but lapped up with gusto the water from the spring. This isn’t really a scientific grade experiment, but thought provoking to say the least. 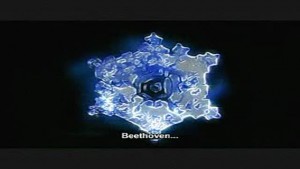 In 1995 a Japanese lab allowed water to listen to music, flash freezing it while playing various musical melodies. To their surprise, the molecular structure of water changed depending on the music, suggesting that the water physically remembered the songs. For years different branches of science have believed in string theory, or vibrational theory that everything is recorded via vibrations and sounds. Some have even suggested proof of this in the multitude of creation stories that begin with a supreme being speaking, or singing physical matter and all life into creation. 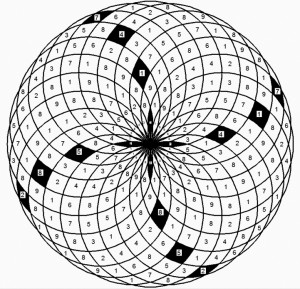 Is water memory real? Well, the evidence suggesting it is tends to be very convincing, and the fact that molecular changes within water can be observed, depending on environmental and elemental factors is intriguing. If science could decode the molecular alphabet of water, it could perhaps prove to be the greatest codex of knowledge ever written. It certainly lends credence to the old saying among aquarists that in reality, “we are keeping water.”