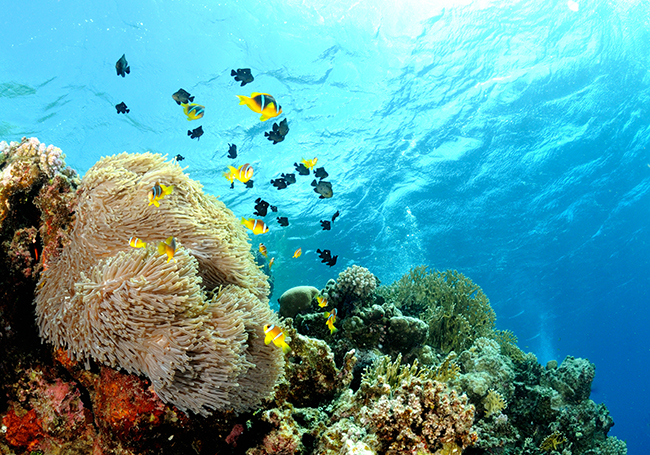 When we think of fish that host in anemones, we generally think of clowns: the Amphiprioninae, for obvious and understandable reasons. I think we forget that there are quite a few other fish that associate with anemone species at some point in their development, including some cardinalfish and some juvenile wrasses. The most common association I regularly see (other than clowns) is that between anemone Heteractis magnifica and fish Dascyllus trimaculatus.

Given that D. trimaculatus, the Domino damsel, grows up to be such a pugnacious brute, you’d be well advised to not buy them, even though they are cute when young (something some fish stores know all too well).  Their personality as adults means that we never see them display their true juvenile nature, where they will hang in and around anemones, in full contact with the tentacles, often outnumbering their clownfish cousins. 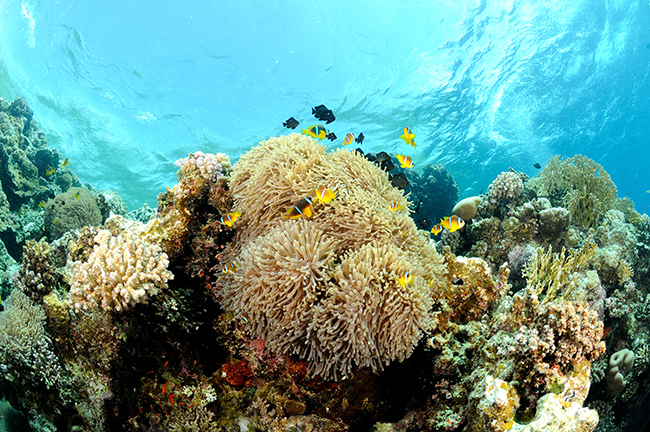 This series of picture shows a shallow(ish) (fifteen meters) congregation of H. magnifica in the Red Sea.  There were scores of individuals, presumably many were related through division.  Amongst them were plenty of unpaired Amphiprion bicinctus, but these fish were outnumbered ten to one by Domino Damsels. This behavior isn’t limited to the Red Sea; I’ve seen it in the Indian Ocean as well.

Clowns, when sufficiently large enough to form pairs and when breeding, will decide to keep their anemones to themselves, but even then, I have seen very small dominos that seem to ‘keep under the radar’. 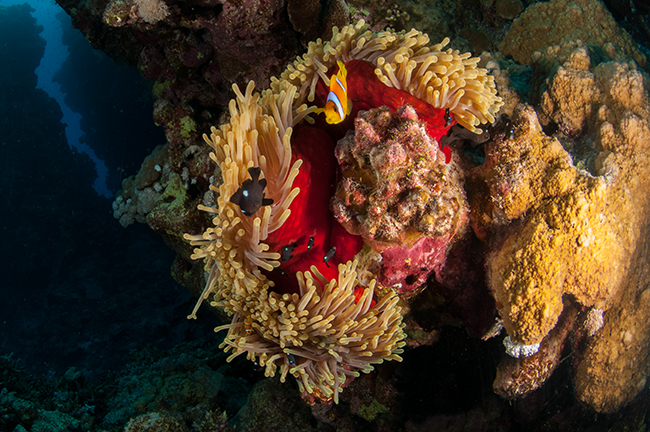 A night shot in the same area

I don’t know if anyone has ever had an aquarium that features anemones hosting damsels, I imagine it would have to be a short-lived display as the fish mature quickly and move out to become aggressive little territory holders, but it’s worth noting a side of their behavior that is rarely seen.