I spent 6 years managing various public and commercial aquarium projects in the Middle East including a number in Dubai and the surrounding Emirates. As such, I am all too familiar with Dubai’s love of designing large, unusual, and extravagant aquariums, and I can attest to the fact that some of these grand aquarium projects do get built.

The newest  aquatic-themed project in Dubai is  “The Floating Seahorse” which are partially submerged homes, essentially house boats moored offshore. The Floating Seahorse homes were revealed  at the Dubai International Boat Show in March 2015 by Dubai developer Kleindienst Group. 42 of the homes are planned for construction by the end of 2016. The residences will be part of “The World”, Dubai’s largest artificial island project. Each home will have three floors: an upper deck, a main floor at sea level, and an underwater level. The underwater level includes the master bedroom and bathroom with stunning panoramic underwater views. 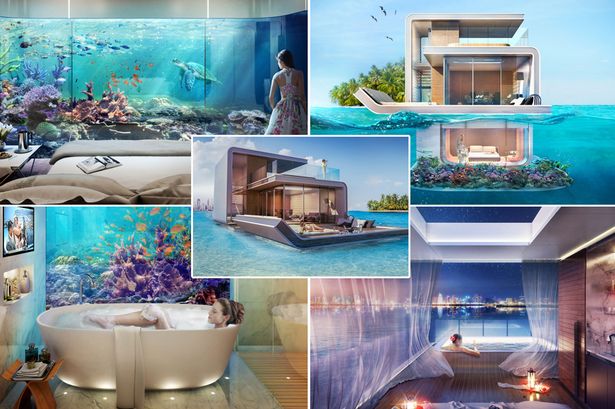 It is a little known fact that Hippocampus hystrix is a species of seahorse occurs naturally in the region, albeit in few numbers. The Atlantis Dubai has released dozens into waters of Dubai in hopes of helping the species make a recovery in the area.  The Floating Seahorse project backers  claim that the the homes will also help save marine life in the Persian Gulf: “We will create an artificial coral reef beneath the luxury retreats which will be a protected area in which seahorses can safely live and breed,” the company said. However, the accuracy of such a claim remains to be seen.

As of May of this year, 36 of the 42 homes were already sold. The floating homes, not surprisingly, don’t come cheap; they are advertised starting at a hefty $1.8 million dollars. I still have many friends working in the aquarium industry in the Middle East and know that there are even more seemingly impossible aquarium projects to come soon MORE.