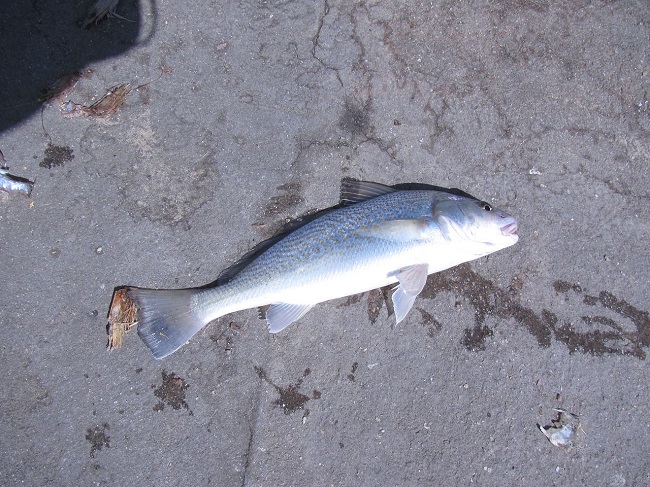 The totoaba (Totoaba macdonaldi) is a marine drum (Family Sciaenidae) that occurs throughout the northern half of the Gulf of California. At one time, this fish was quite abundant. Then, due to years of overfishing, its numbers dwindled. Now listed on CITES, the IUCN Red List of Threatened Species and the Endangered Species Act, any harvest of the species is prohibited.

But, such restrictions seemingly only serve to increase demand in the Chinese black market. After having fished a similar species to extinction, Chinese traders have targeted the totoaba—specifically, its swim bladder. The fish’s bladder is the key ingredient in a special soup that the less-informed believe enhances circulation and fertility. Indeed, they apparently believe that it really enhances circulation and fertility; each and every smuggled bladder is worth $5,000 in the United States black market and at least $10,000 in Asian markets.

With a value like that, it is difficult to completely deter smugglers. Despite its protected status in both the U.S. and Mexico, some untold numbers of totoaba are fished each spring when the species moves to shallow waters. To avoid detection by authorities, fishermen remove the bladder at the scene, often leaving the shoreline strewn with totoaba carcasses. Few of these criminals are ever captured.

73 year old California resident Song Shen Zhen was less lucky. Zhen was recently caught by U.S. Customs and Border Inspection officials attempting to smuggle 27 totoaba bladders into the U.S. hidden under the floor mats of his vehicle. Federal Agents with a search warrant later discovered over 200 more bladders at his residence, in addition to paperwork for previous shipments to China and Hong Kong. Now charged with smuggling and illegal importation of wildlife, Zehn faces the prospect of spending as many as 20 years in prison.

Authorities state that at least six other individuals have been charged with smuggling totoaba bladders since February this year. Evidently, without hard enforcement, black market traders will be quite happy to fish yet another species out of existence.

To read more about this story, visit:
http://news.yahoo.com/california-authorities-target-smuggling-bladders-endangered-fish-035423364.html