The Ember Goby (Palatogobius incendius) is a spectacular new deepwater species that exudes a stunning conflagration of colors across its tiny transparent body. With its minute dimensions and vibrant colors, it would be easy to mistake this fish for a freshwater tetra or danio, and the resemblance is made all the more convincing by this goby’s unusual swimming style. Rather than skulking about the benthos in the typical gobiid fashion, P. incendius actively swims about above the substrate in loose shoals that can number more than 200 individuals.

Palatagobius now includes three recognized taxa, though another one or two undescribed species are thought to exist. The group is known only from mesophotic Caribbean reefs, with the shallowest being the Mauve Goby (P. paradoxus), which has been seen from 20-80 meters deep. You’ll find the Ember Goby deeper still, from about 90 to 200 meters, along vertical walls and sandy slopes. It’s been observed to coöccur with the third species, P. grandoculus, which swims closer to the substrate than its more natatorially proficient cousin. This genus is, in turn, a close relative of another attractive deepwater favorite of aquarists, the Saber Goby (Antilligobius nikkiae), and further down their family tree we encounter the Neon or Cleaner Gobies (Elacatinus spp.) which abound in shallow West Atlantic reefs. 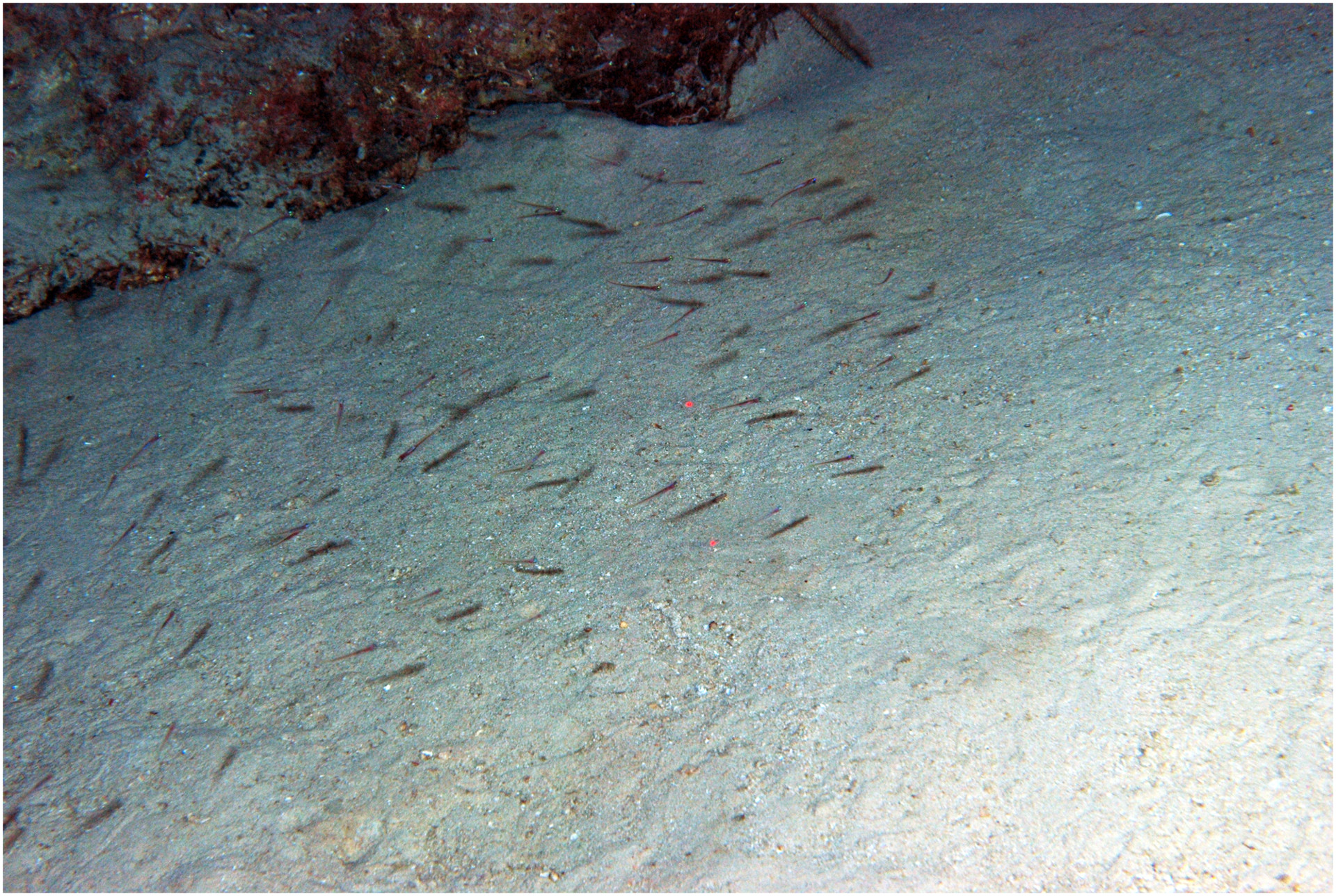 The Ember Goby only recently came to light thanks to exploration by Drs. Luke Tornabene and Carol Baldwin while working in the famed Curasub. These researchers have been responsible for a variety of exciting fish finds in recent years, including last year’s discovery of the Godzilla Goby and Hourglass Basslet, but in addition to collecting this incendiary new goby, they also documented a very unwelcome sight—predation by the introduced Pterois lionfishes. It should come as no great surprise that this highly invasive predator would be found feasting upon a gregarious little goby, and it serves to illustrate just how little we know about the impact this alien species is having on Caribbean ecosystems. How many other undiscovered fishes are being digested in a lionfish’s stomach right now, and what chance do these unknown species have against an enemy for which they haven’t evolved a defensive strategy?