Emperor Angel Juvenile in the Wild. Finally, I got some shots! 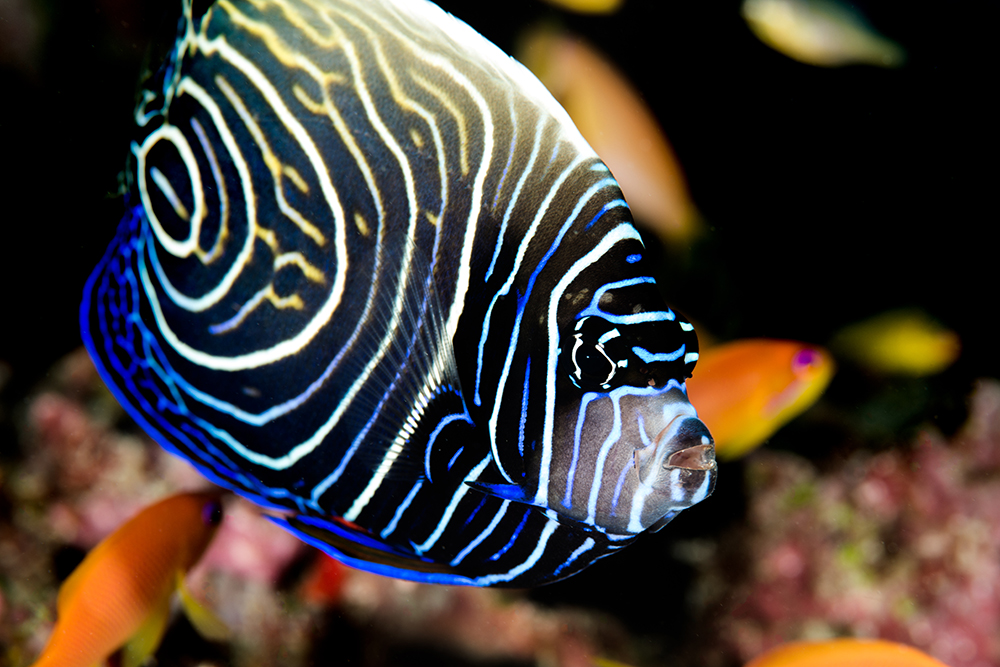 Ever since I first saw juvenile Emperor Angels in the excellent book by Helmut Debelius et al., I’ve scoured every Indo-Pacific reef for one. I’ve seen plenty of adult specimens, which is not surprising given their life span, but never yet a youngster, until two weeks ago. 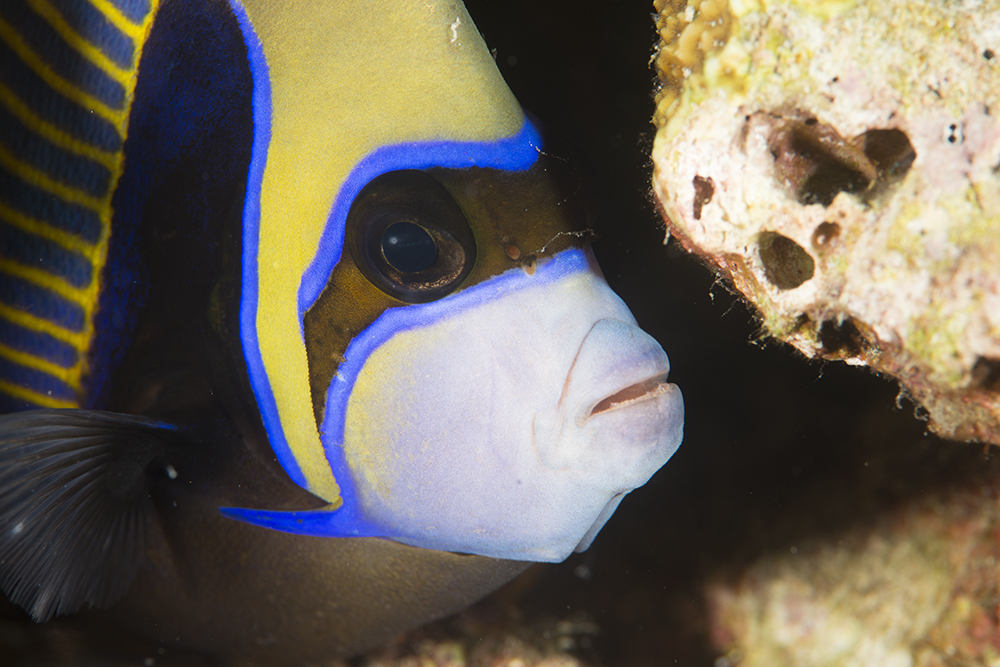 Forgive me if this is incorrect, but I do believe that all Pomacanthus species have a juvenile coloration phase, but its P. imperator, that I definitely consider the most striking.

I photographed this individual on a shallow dive over a series of bommies.  My guide had mentioned that the fish was there, but hadn’t dived the site for many weeks, so you can imagine my delight when she pointed it out. 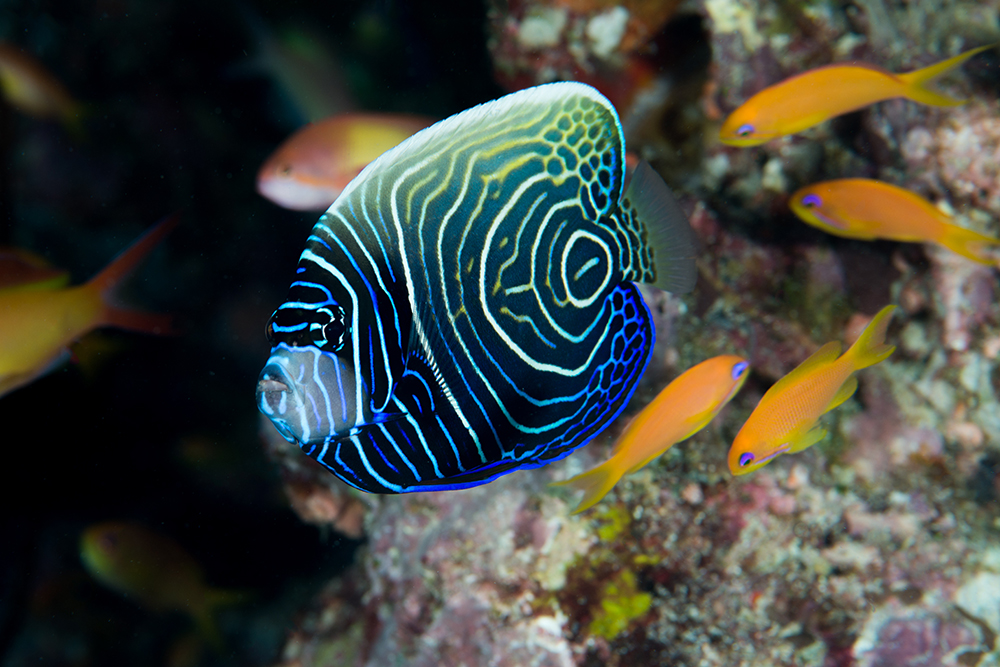 Despite it being wary of me, it was relatively easy to approach, perhaps realizing that as long as it kept itself close to the rockwork it could always escape, as I could venture no further into the complicated structure.  Trust me, I didn’t trouble it for long and left it alone after a few minutes.

I hadn’t realized they kept to a small territory as juveniles, I had assumed just like their older relatives they roamed quite freely.

As you can see, this individual is just starting to transition into the adult phase and is losing some of the definition in its pattern towards the rear of the dorsal fin.