Endangered Bumphead Gets Much Needed Attention

Ever wonder where that vividly white sand on the beach comes from? Underwater giants produce the sand themselves through biological methods of metabolism. Yep thats right its technically fish poop. One of the largest producers of sand is the Parrotfish which ingests calcium carbonate skeletons of coral (sometimes with living polyps) and excretes them back out in the form of tiny sand grains that wash up onto beaches. These fish are the topic of a recent study highlighting how the both the positive and negative influences of such endangered species can be key factors in the success of an ecosystem. 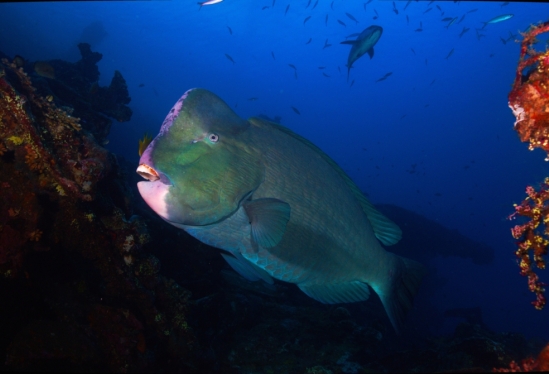 Douglas McCauly of the University at Santa Barbara explains his time in the field for this study: “We actually swam alongside Bumphead Parrotfish for close to six hours at a time, taking detailed data on what they ate and where they went. These large parrotfish crunch off entire pieces of reef and audibly grind them up into sand in their pharyngeal mill — specialized teeth in the back of their throat. You know Bumpheads are near when you begin noticing branches lopped off stony corals and golf-like divot scars marking the reef. 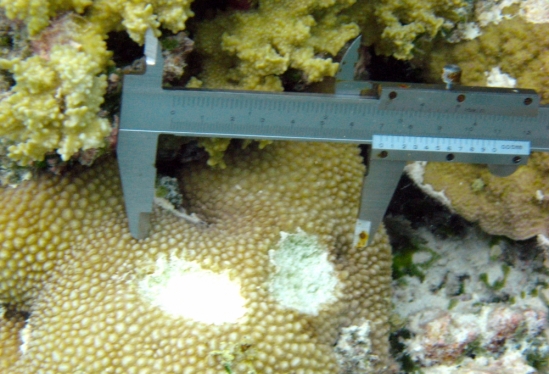 “Most species do things to ecosystems that we would construe as both positive and negative. This viewpoint is ecologically misleading,” he states. “Endangered species are no different from their more abundant counterparts.” This dichotomy of influence is why McCauly and his team are pushing for a higher level of protection for endangered and threatened species adding: “We can, in fact, strengthen the integrity of the field of conservation biology by being rigidly objective about the observations we make in nature — even if this means reporting occasionally that rare species can damage ecosystems,” he added. “If anything, better understanding the full complement of ways that at-risk species use and affect their environment empowers us to more effectively protect them.” Read more here.