An Entirely New Family Of Fish Was Just Discovered!

It’s not uncommon for new species of fish to be described, and every now and then we’ll even uncover new genera… but discovering an entirely new FAMILY of fish is almost unheard of. The most recent example was Protanguilla—Palau’s Primitive Cave Eel—first reported in 2011, and in the last 50 years only a handful of other fishes have been found which necessitated the creation of a new taxonomic family. In a sensational new study published this week, researchers report on “the discovery of an extraordinary new species of fish from the Amazon which, when first found, could not be clearly allied to any of the recognized families or orders of bony fishes, either in South America or elsewhere.”

It’s difficult to avoid using superlatives when discussing Tarumania walkerae, the sole member of the newly established family Tarumaniidae. Though there’s nothing terribly awe inspiring about this fish at first glance, there are several details of its morphology and life history which have few parallels. Take, for instance, its ability to swivel its head side to side. Fish, as you might recall, don’t have a neck, per se, so this sort of cranial motion is incredibly rare among fishkind, being known in only one other unusual species, Australia’s Lepidogalaxias salamandroides.

And then there’s the unique configuration of its swim bladder, comprised of 11 separate chambers which together bear an uncanny resemblance to a string of pearls. The purpose of this highly modified organ is not fully understood, though it’s suspected that it might provide for a greater degree of control when it comes to maintaining neutral buoyancy. This accords with the greatly elongated shape of this fish and its unorthodox ecological specialization—specimens have been collected from isolated pools along tributaries of the Rio Negro, occurring deeply within layers of decomposing leaf litter. These habitats can lose all standing water during the dry season, forcing Tarumania into a semi-terrestrial existence, burrowing further and further down to stay moist. As an adaptation to this, it has developed the ability to gulp mouthfuls of air, but this behavior is said to be unrelated to the curiously shaped swim bladder, which lacks the lunglike qualities seen in groups like gouramis and lungfishes.

And there are other curious features too, like the forward-bending pelvic fins and the reverse-imbricated scales of the head… which is to say, the scales of the head face forward instead of backwards! But why?

There are so many questions raised by this species, but first and foremost has to be who its closest relatives are? As it turns out, it belongs to the enormously diverse order Characiformes, home to familiar freshwater groups like tetras, piranhas, headstanders, etc. These fishes dominate much of South America’s fish fauna, but it’s only in Tarumania that we find a characiform which has evolved towards an eel-like body and a fossorial life history. Another noteworthy deviation in this fish relates to its weakly lanceolate caudal fin, which recall is nearly always lobed or forked among the tetra-like fishes. The sole exception to this occurs among the predatory trahiras or wolf fishes of the family Erythrinidae, which, coincidentally enough, is presumed to be the sister group of Tarumania. This is currently based only on a morphological assessment, as genetic data is still wanting. 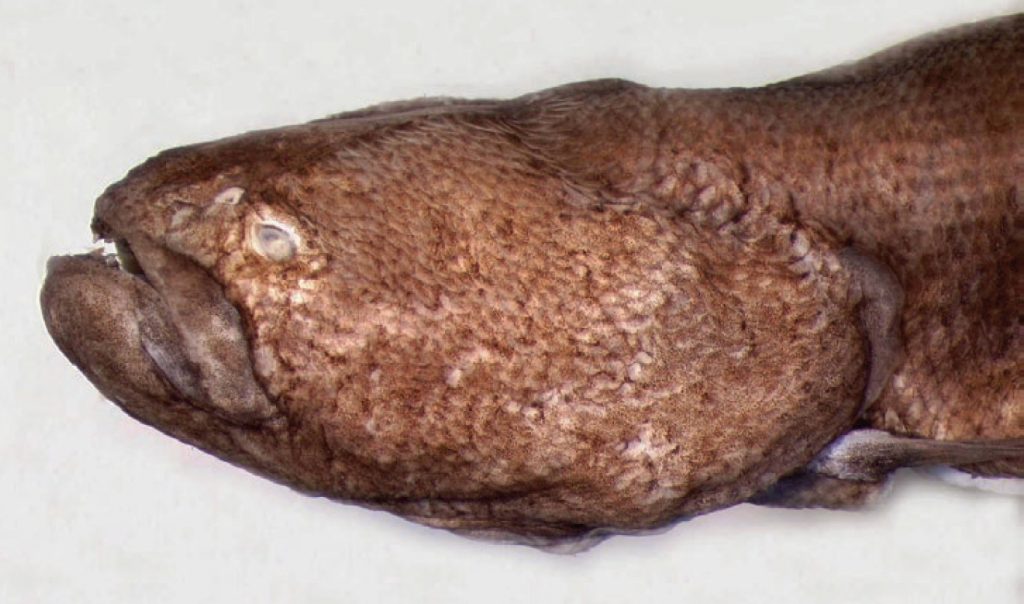 For such an obscure and reclusive fish, you might be surprised to learn that a specimen has already been kept successfully in an aquarium for two years, though the authors make no note of what this individual was fed on. Freshly collected specimens are reported to have regurgitated Euryrhynchus shrimp, and presumably a wide range of other invertebrates fill its menu (though inquiring minds want to know if this fish can be fed on frozen or dry foods). The pools Tarumania calls home are generally devoid of other fishes, though the catfish Phreatobius is listed as occurring alongside it with some regularity. This would certainly be a fascinating biotope to recreate, though it’s probably unlikely that we’ll ever see this wonderfully weird and wormy little tetra-esque fish collected for the aquarium trade.