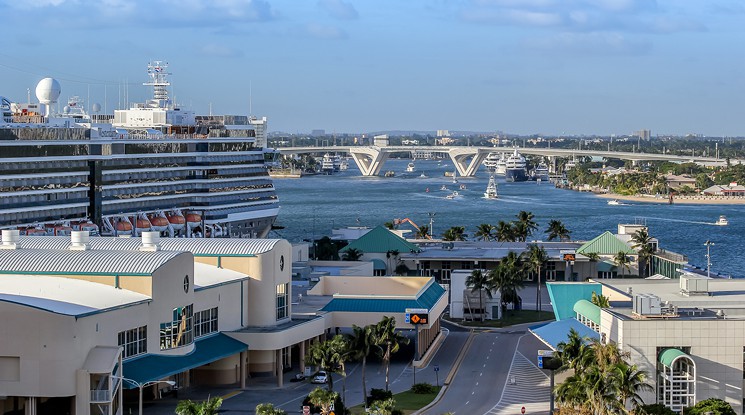 Since 2007, plans have been underway for the Port Everglades Expansion. The Broward County Board of County Commissioners approved the Port’s master plan, which included a five year master plan and ten and twenty year vision plans. However, environmentalists are not very happy about the plans. And after what happened at the Port of Miami in a similar expansion plan, rightfully so -the expansion at Port of Miami resulted in loss of hundreds of acres of local coral species, including the endangered staghorn coral. Ultimately, after an aggressive court battle with Miami Waterkeeper, a Miami based non-profit organization that advocates for South Florida watershed and wildlife, the Army Corps of Engineers agreed to pay $400,000.00 to rescue the remaining staghorn corals. However, the damage to the surrounding Port of Miami corals was already done.

Now, Miami Waterkeeper has sent a 15 page letter to the Army Corps of Engineers, demanding that the Port Everglades plans be reevaluated. The letter documents what the group feels is the Corps “multiple failures to protect coral reef resources during the Port of Miami Deep Dredge Project.” The letter expresses ‘its concern over the U.S. Army Corps of Engineers’ (“Corps”) failure to re initiate consultation on the effects of the Port Everglades expansion project on threatened and endangered species under Section 7 of the Endangered Species Act (“ESA”) and deficiencies with the existing biological opinion on the proposed project’.

Let’s hope this kind of staunch activism helps protect Port Everglades corals and ensures that only the most careful planning and care is used during the expansion. MORE