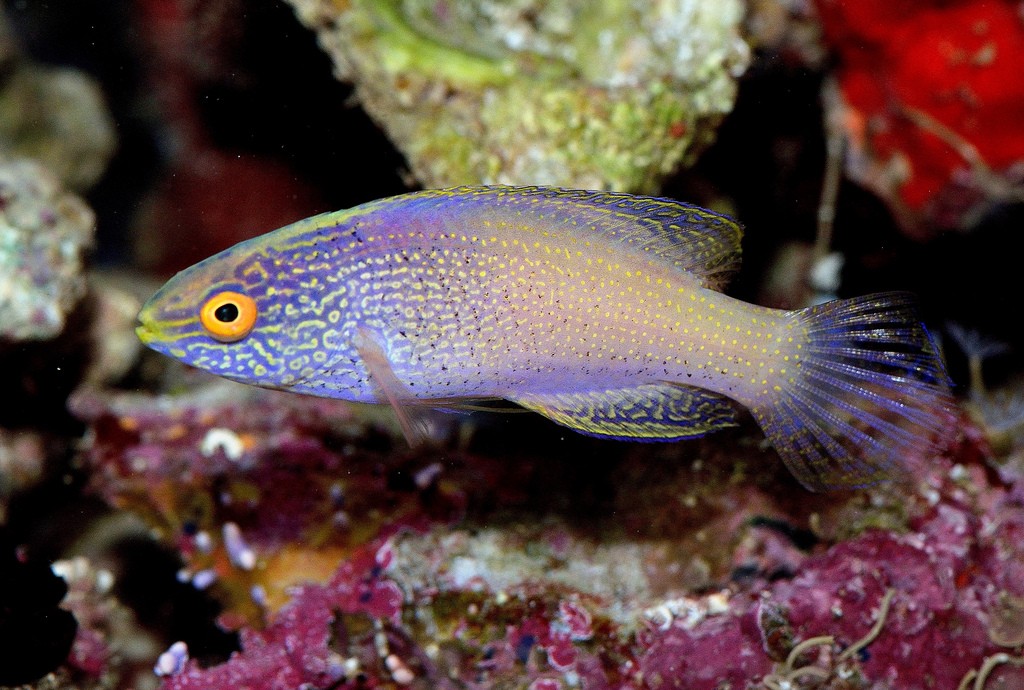 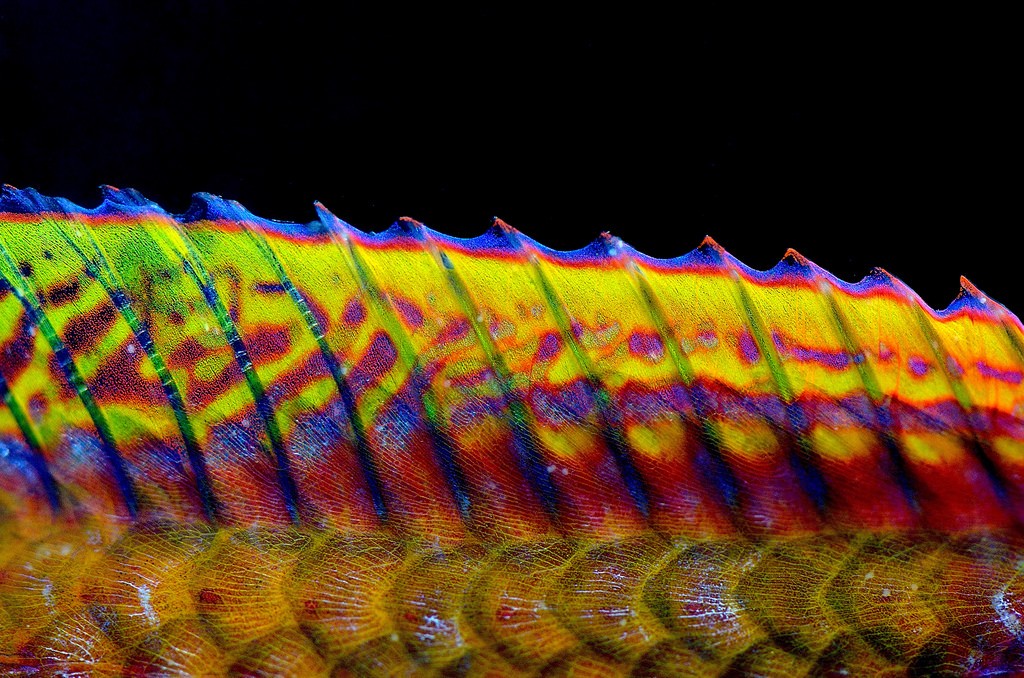 The cirri at the tip of each dorsal fin spine can be clearly seen here. Photo credit: Lemon TYK.

Let’s start with the generic epithet Cirrhilabrus. Cirrhilabrus is a combination of two words, each rooted in a latin background. The prefix “Cirrhi” stems from the latin word cirrus (plural cirri), which means “to curl”. In zoology, cirri are often referred to filamentous tendrils or appendages, often at the terminal ends of physical characteristics. The suffix “labrus” means wrasse, and the word itself is in reference to the latin word “labium”, which means lip (many labrids have fleshy lips). In this regard, all members of Cirrhilabrus possess, at the tip of each dorsal fin spine, a short fleshy appendage, or cirri. The amalgamation of these two words are therefore quite straightforward and descriptive in respects to the morphological attributes of this genus. 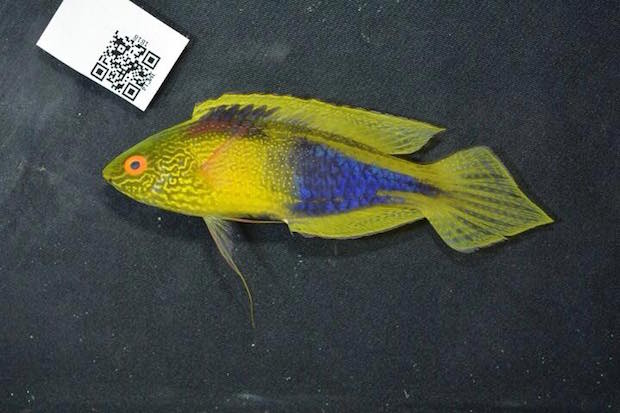 The specific epithet “rhomboidalis” is derived from the geometric shape rhombus, in reference to the distinctive caudal fin of the species. The rhomboidal nature of the tail fin has also earned it its common name of “diamond-tail fairy wrasse”. Over the years of Cirrhilabrus taxonomy, other species with similar tail shapes have been discovered, which makes this feature rather non-exclusive to C. rhomboidalis. However, this regally clad species still holds some authority over this trademark tail shape, immediately coming to mind whenever discussed.